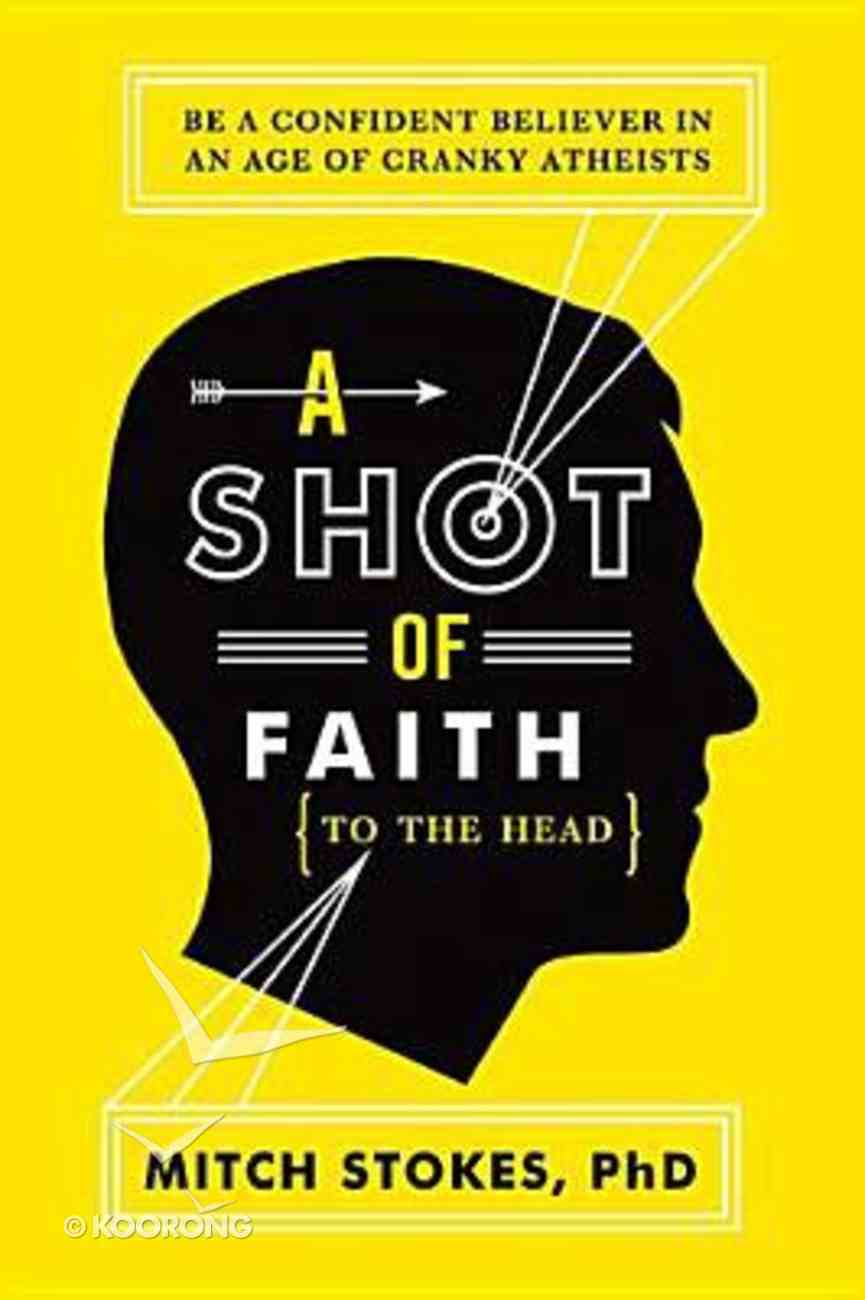 Shot of Faith (To The Head)

Secular, skeptical, disillusioned. These are the traits that mark our age?encouraged by outspoken atheists who insist that faith is na ve and belief is dangerous. But what if the atheists are the irrational ones? Can their beliefs withstand the rigorous...

Shot of Faith (To The Head)
Mitch Stokes
eBook

How to Be An Atheist: Why Many Skeptics Aren't Skeptical Enough
Mitch Stokes
Paperback

How to Be An Atheist (Foreword By J. P. Moreland)
Mitch Stokes
eBook

Secular, skeptical, disillusioned. These are the traits that mark our age?encouraged by outspoken atheists who insist that faith is na ve and belief is dangerous. But what if the atheists are the irrational ones? Can their beliefs withstand the rigorous examination that they demand from others?


In A Shot of Faith of Faith to the Head, Mitch Stokes, Senior Fellow of Philosophy at New Saint Andrews College, dismantles the claims of skeptics and atheists, while constructing a simple yet solid case for Christian belief. This profound yet accessible book proves the rationality, consistency, and reliability of the Christian approach to science and life.


"A Shot of Faith to the Head is much more than a defense of Christianity; it takes the offensive against the secularist thinking that enamors so many in the West. With the thoroughness of a scholar and the confidence of experience, Mitch Stokes demonstrates the intellectually dubious nature of the so-called "New Atheism" and provides Christians with a much needed handbook for the questions they will surely face once they are outside of the safe confines of their Christian communities. I highly recommend it." ?Larry Taunton, founder of the Fixed Point Foundation and author of The Grace Effect

?The Bible identifies Jesus as the Word and as the Light, available therefore to the mind as well as the heart. Of all religions, Christianity most invites one to think as well as to believe, and in this troubled time that invitation is still more urgent to take up. Here is a book by a skilled thinker, showing how better to think about faith. It is a worthy task, ably achieved.? ?Larry P. Arnn, PhD, president, Hillsdale College

?This book is what snarky atheists have coming to them for their dismissive claims and unfounded arrogance. Written not to convince atheists but to help Christians defend themselves and the Christian faith, A Shot of Faith to the Head takes the best tools of top-notch apologetics and philosophy and puts them in the hands of every believer. Even better, it's easy and fun to read, winsome, witty, filled with sharp thinking, and well-researched. As a professor and pastor, I'll be assigning this book in my apologetics courses and would recommend it to every Christian. It displays strategic answers to questions and objections every Christian has encountered.? ?Justin Holcomb, pastor, Mars Hill Church; executive director of the Resurgence; adjunct professor of theology, Reformed Theological Seminary

Mitch Stokes is a Fellow of Philosophy at New St. Andrews College in Moscow, Idaho. He received his Ph.D. in philosophy from Notre Dame. At Yale, he earned an M.A. in religion. He also holds an M.S. in mechanical engineering. He and his wife, Christine, have four children.