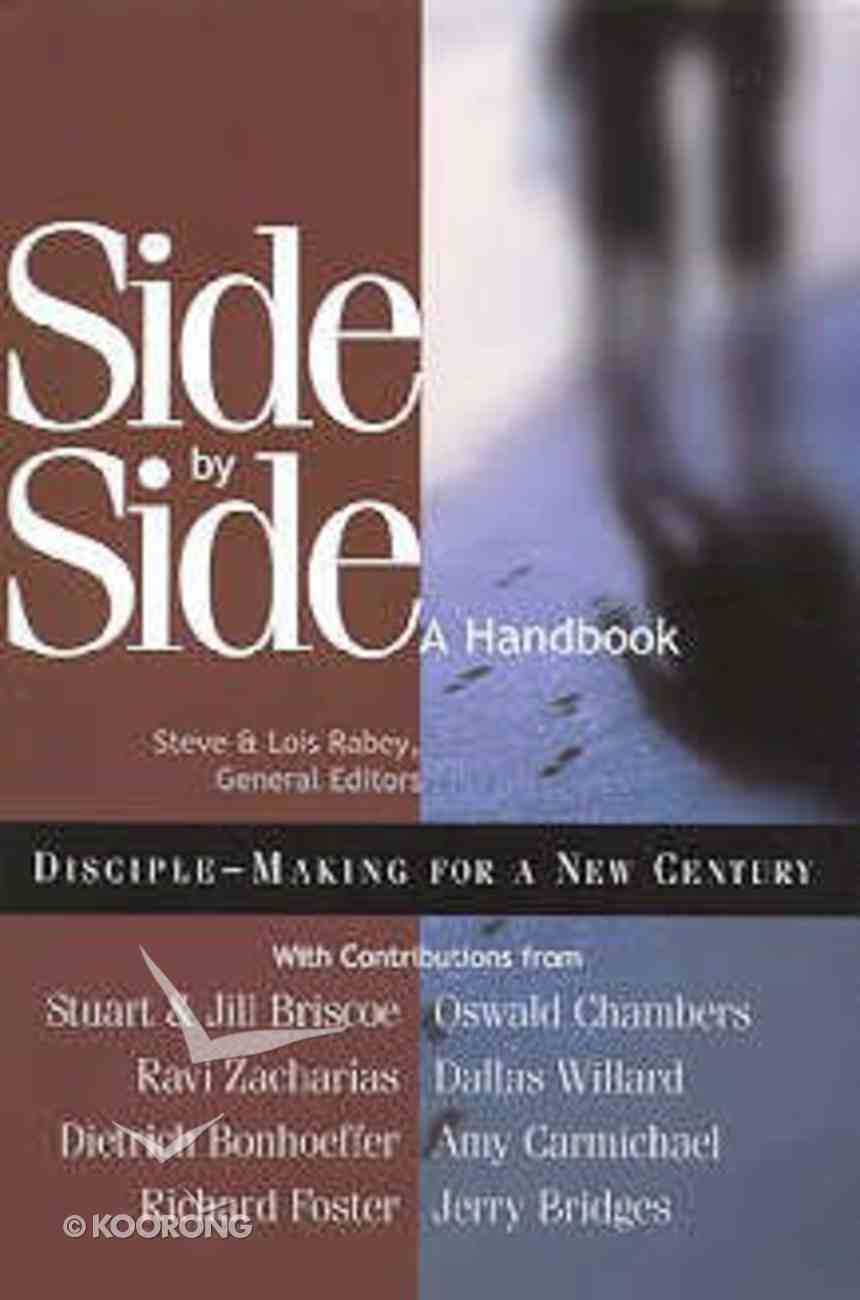 While there are literally hundreds of books on the topic of discipleship, this unique handbook brings together the best authors and works on discipleship in one handy reference tool. Side by Side is ideal for those who want to be...

Letters to a Young Congregation: Nurturing the Growth of a Faithful Church
Eric E Peterson
Hardback

Next Door as It is in Heaven
Lance Ford, Brad Brisco
eBook

One By One: Welcoming the Singles in Your Church
Gina Dalfonzo
Paperback

Gaining By Losing: Why the Future Belongs to Churches That Send
J D Greear
Paperback

While there are literally hundreds of books on the topic of discipleship, this unique handbook brings together the best authors and works on discipleship in one handy reference tool. Side by Side is ideal for those who want to be committed followers and train others to join in the journey. bull; Handy resource for strengthening the skill of discipleship bull; Features the best work from a wide variety of discipleship specialists bull; Includes highlights from the International Consultation on Discipleship bull; Co-published with NavPress
-Publisher

While there are literally hundreds of books on the topic of discipleship, this unique handbook brings together the best authors and works on discipleship in one handy reference tool. Side By Side is ideal for those who want to be committed followers and train others to join in the journey.
-Publisher

Steve and Lois Rabey have authored nearly thirty books including In Search of Authentic Faith and Faith Under Fire (Steve); When Your Soul Aches and Growing Young (Lois).In addition, Lois is a popular speaker who has appeared at a Billy Graham crusade, on numerous TV shows, and on the cover of Today's Christian Woman.Steve is a journalist who has written more than 1,000 articles for publications like The New York Times and Christianity Today. The Rabeys live in Colorado.

Jerry Bridges is one of the most widely recognized and trusted Christian writers today. The former vice-president for corporate affairs of The Navigators, he continues to serve as a Navigators staff member, ministering to college students, churches, and other groups around the world. His first book, The Pursuit of Holiness, is a modern classic with sales over one million copies. He is also the author of I Exalt You, O God, The Practice of Godliness, Trusting God, Transforming Grace, The Discipline of Grace (winner of the ECPA Gold Medallion award), and The Joy of Fearing God.

Richard J. Foster (D.Th.P., Fuller Theological Seminary) is founder of RENOVARE in Denver, Colorado. He is the author of many books, including Celebration of Discipline: The Path to Spiritual Growth, which has sold over two million copies worldwide, Freedom of Simplicity; Streams of Living Water, and Prayer, which was Christianity Today's Book of the Year and the winner of the Gold Medallion Award from the Evangelical Christian Publishers Association, and is a general editor of The Renovare; Spiritual Formation Bible. His most recent books are Life with God; Longing for God with Gayle Beebe and Sanctuary of the SoulJourney into Meditative Prayer.
Koorong -Editorial Review.

In 1970, Elmbrook Church in Brookfield, WI, U.S.A. asked Stuart Briscoe to become pastor. The church has since grown to a weekly attendance in excess of 7,000 and has planted eight sister churches in the Milwaukee area. Elmbrook's TV and radio ministries,Telling the Truth, featuring Stuart and Jill are broadcast widely--while his extensive video and audio tapes and more then 40 books extend his ministry. After 30 years as Senior Pastor at Elmbrook Church, Stuart stepped down. He and Jill have assumed the roles of Ministers-at-Large on Elmbrook's church staff.

Amy Carmichael (1867-1951), a well known poet, hymnwriter, and author, spent fifty-six years in India as a missionary. The legacy of her work stand as a lasting testimony to the courageous young woman from Northern Ireland who stepped into the darkness surrounding her and found the greatest "refuge" of allthe sheltering love of God.

Oswald Chambers was born in Aberdeen, Scotland, in 1874. Converted in his teen years under the ministry of Charles Haddon Spurgeon, he studied art and archaeology at the University of Edinburgh before answering a call from God to the Christian ministry. He then studied theology at Dunoon College. From 1906-1910 his career of service took him to the United States and Japan, but the two outstanding periods of his work were as principal of the Bible Training College at Chapham, England (1911-1915), and his ministry to Australian and New Zealand troops as a YMCA chaplain at Zeitoun Egypt during World War I. He died there on November 5, 1917. More than 30 books bear his name, and his best-known book, My Utmost for His Highest, is a Christian classic. - Publisher.

John Michael Talbot is the founder of the Brothers and Sisters of Charity, a creative Franciscan community that is helping to revitalize ancient contemplative and monastic traditions in the twenty-first century. Known as the "Troubadour for the Lord," Talbot is Catholic music's number one recording artist with over thirty albums to his credit and sales topping four million copies. ýSteve Rabey is a prolific writer who has written numerous books and hundreds of articles about religion, spirituality, history, and popular culture for magazines, newspapers, and Web sites. His work has appeared i

Why We Love the Church
Kevin Deyoung, Ted Kluck
Paperback