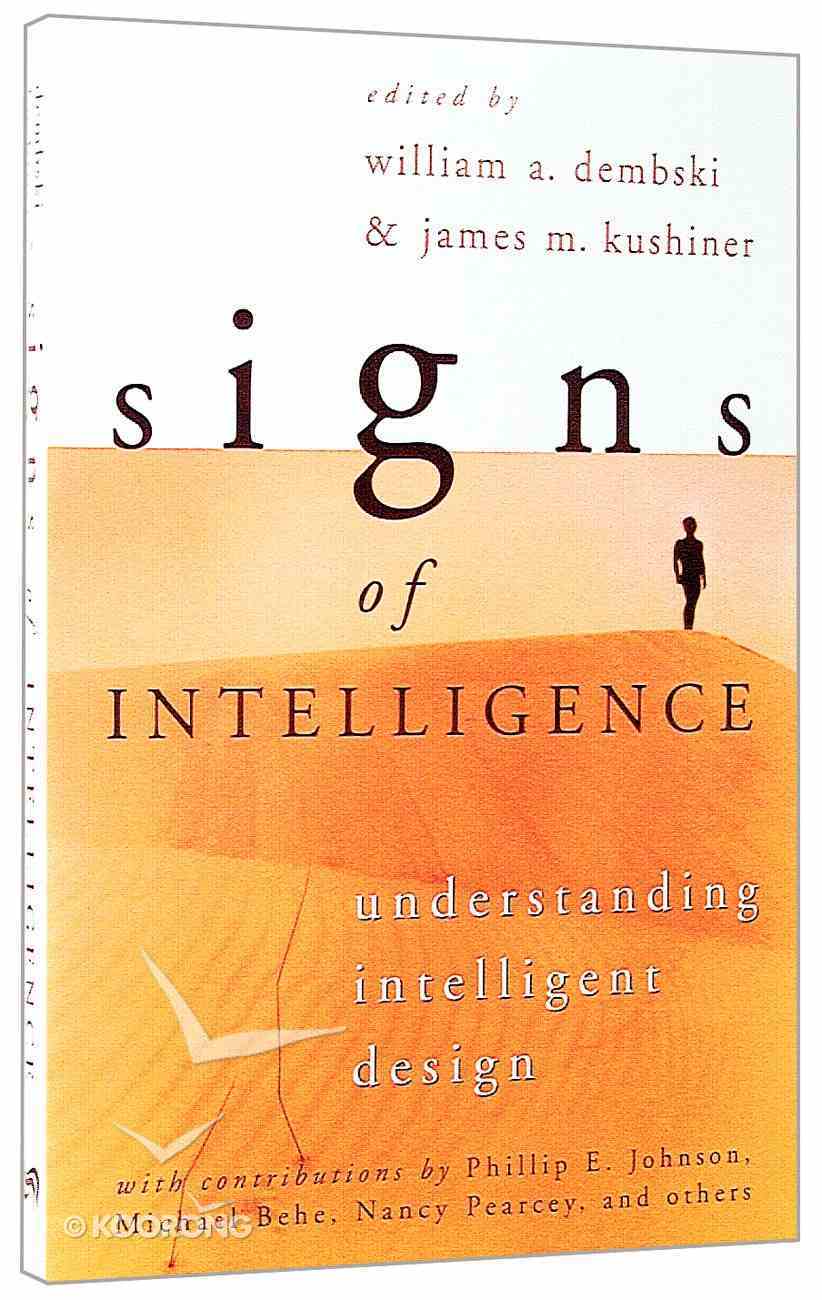 In recent years, an opening has been wedged into the bedrock of evolutionary theory. This book exposes the evidential fallacies of Darwinism, with 14 essays by the main players in the intelligent design movement, including Phillip Johnson and Michael Behe....

The Age of Ai: Artificial Intelligence and the Future of Humanity
Jason Thacker, Russell Moore
Hardback

In recent years, an opening has been wedged into the bedrock of evolutionary theory. This book exposes the evidential fallacies of Darwinism, with 14 essays by the main players in the intelligent design movement, including Phillip Johnson and Michael Behe. 224 pages, from Baker.
-Publisher

William A. Dembski is a mathematician and philosopher James M. Kushiner is editor of Touchstone magazine
-Publisher

Father Patrick Henry Reardon is the pastor of All Saints Orthodox Church in Chicago, Illinois and Senior Editor of *Touchstone*, a monthly journal. Father Reardon is the translator of the Book of Exodus for The Orthodox Study Bible. In earlier years he was a professor of Biblical studies at two Episcopal seminaries, a professor of Philosophy, and senior canon.

A graduate of Harvard University and the University of Chicago Law School, Phillip E. Johnson served as law clerk for Chief Justice Earl Warren of the United States Supreme Court and taught law for more than thirty years at the University of California, Berkeley where he is professor emeritus.


For the last decade Johnson has also been at the forefront of the public debate over evolution and creation. He is recognized as the leading spokesman for the intelligent design movement, and he has taken his message to such places as the New York Times and the Wall Street Journal. Johnson travels frequently to speak at conferences and with television and radio audiences. He has appeared on Chuck Colson's Breakpoint, on Business News Network's Consumer Hotlineand on James Dobson's Focus on the Family,"among other shows.


Johnson is an advisor to the Discovery Institutes Center for the Renewal of Science and Culture (Seattle, Washington). His Books include Darwin on Trial (1993); Reason in the BalanceThe Case Against Naturalism in Science, Law & Education (1998); The Wedge of TruthSplitting the Foundations of Naturalism (2002); The Right QuestionsTruth, Meaning & Public Debate (2004); Defeating Darwinism by Opening Minds. and most recently Against All Gods: What's Right and Wrong About the New Atheism. (2010)

William A. Dembski is associate research professor in the conceptual foundations of science at Baylor University and senior fellow with Discovery Institute's Center for Science and Culture. He is also the executive director of the International Society for Complexity, Information, and Design . He holds doctorates in mathematics (University of Chicago) and philosophy (University of Illinois). He has published articles in peer-reviewed mathematics, philosophy, and theology journals. He has also published books and articles with various academic presses, including Cambridge, Oxford, Johns Hopkins, MIT, and Routledge. His most important books are The Design Inference (Cambridge, 1998), No Free Lunch (Rowman and Littleton, 2002), The Design Revolution, and Intelligent Design.

John Mark Reynolds (Ph.D., University of Rochester) is founder and director of the Torrey Honors Institute and professor of philosophy at Biola University. Reynolds lectures frequently on ancient philosophy, philosophy of science, home schooling and cultural trends. He has taught philosophy at several colleges and universities, and he completed a two-year postdoctoral fellowship in the philosophy of science at Biola University.
He regularly appears on radio talk shows, such as the Hugh Hewitt Show, and actively blogs on cultural issues at ScriptorumDaily.com and the Washinton Post's On Faith column. His books include Three Views on Creation and Evolution (Zondervan), Towards a Unified Plationic Human Psychology and When Athens Met Jerusalem: An Introduction to Classical and Christian Thought.

Jonathan Wells (Ph.D. in Molecular and Cell Biology from the University of California at Berkeley, and a PhD. in Religious Studies from Yale University) is a senior fellow at the Discovery Institute's Center for Science and Culture. He has worked as a postdoctoral research biologist at the University of California at Berkeley and the supervisor of a medical laboratory in Fairfield, California, and he has taught biology at California State University in Hayward. He is the author numerous articles and several books including Icons of Evolution, The Politically Incorrect Guide to Darwinism and Intelligent Design, and is co-author of The Design of Life.

Kushiner is editor of Touchstone magazine.

Dr. Stephen C. Meyer (Ph.D., University of Cambridge) is the director and Senior Fellow of the Center for Science and Culture at the Discovery Institute in Seattle which has considerable reach into the religious market. Meyer set off a firstorm of media and political attention when the Smithsonian Institution published his pro-Intellegent Design paper in its scientific journal in 2005. Meyer earned his Ph.D. in the History and Philosophy of Science from Cambridge University for a dissertation on the history of origin of life biology and the methodology of the historical sciences. Previously he worked as a geophysicist with the Atlantic Richfield Company after earning his undergraduate degrees in Physics and Geology.
Meyer has been featured on national television and radio programs such as The Jim Lehrer News Hour, CBS Sunday Morning, NBC Nightly News, ABC Nightly News, Good Morning America, Nightline, Paula Zahn Now (CNN), Topic A with Tina Brown (CNN), Weekend Live with Tony Snow (FOX), The Big Story with John Gibson (FOX), Fox TV News with David Asman, The Tavis Smiley Show (PBS) and others. He has also been the subject of two front pages stories in the New York Times and has garnered attention in other top national print.

Nancy R. Pearcey is editor-at-large of The Pearcey Report and professor of worldview studies at Philadelphia Biblical University. Previously she was the Francis A. Schaeffer Scholar at the World Journal-ism Institute, where she taught a worldview course based on her book Total Truth, winner of the 2005 ECPA Gold Medallion Award for best book on Christianity and Society. Nancy has authored or co-authored several works, in- cluding The Soul of Science and How Now Shall We Live? She contributed the Foreword to The Right Questions, and chapters to Of Pandas and People, Mere Creation, Pro-Life Feminism, Genetic Ethics, Signs of Intelligence, Reading God's World, Uncommon Dissent, and a forthcoming Phillip Johnson Festschrift titled Darwin's Nemesis. Nancy and her husband Rick are homeschooling the second of their two sons.