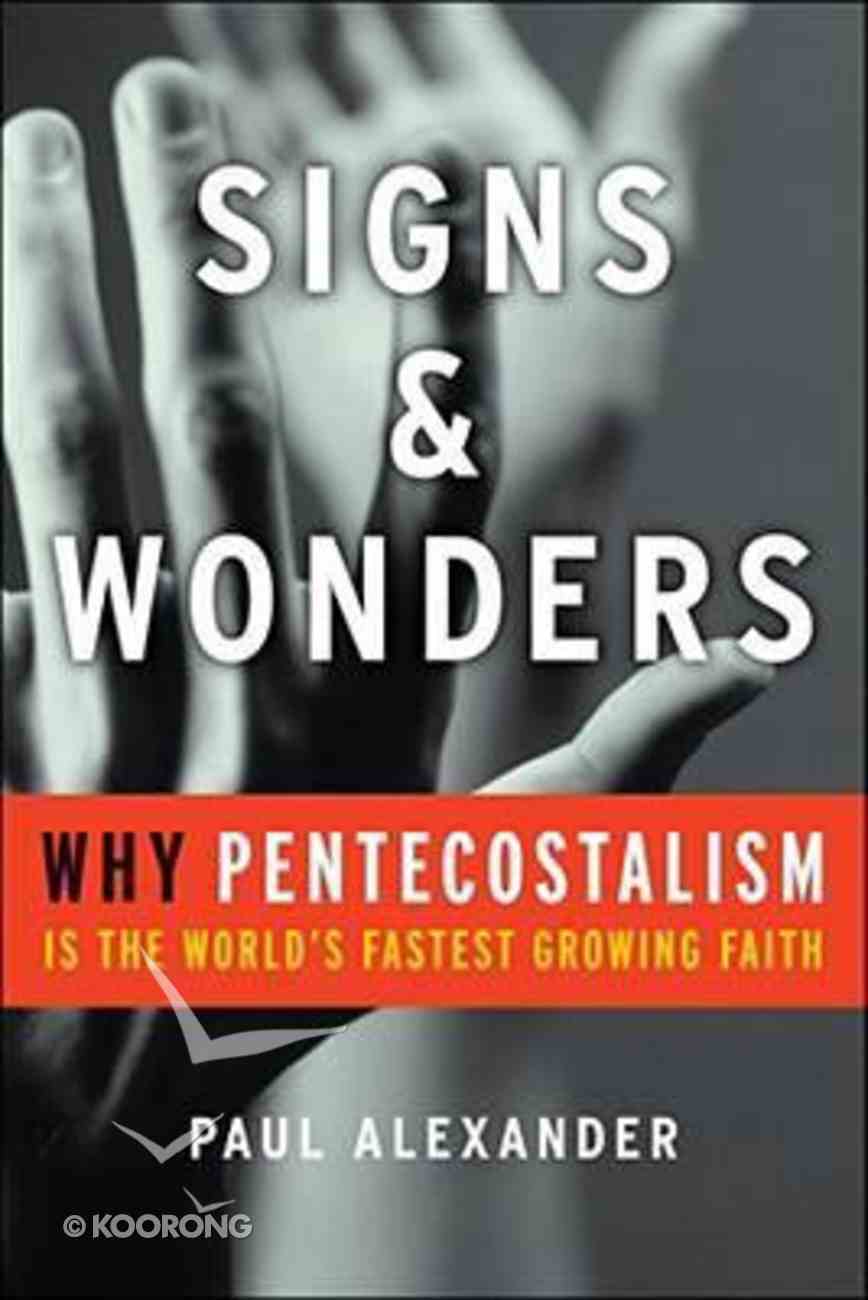 Combining personal stories and sound scholarship, Paul Alexander, a young scholar with a Pentecostal background, examines the phenomenal worldwide success of Pentecostalism. While most other works on the subject are either for academics or believers, this book speaks to a...

Combining personal stories and sound scholarship, Paul Alexander, a young scholar with a Pentecostal background, examines the phenomenal worldwide success of Pentecostalism. While most other works on the subject are either for academics or believers, this book speaks to a broader audience. Interweaving stories of his own and his family's experiences with an account of Pentecostalism's history and tenets, Alexander provides a unique and accessible perspective on the movement.
-Publisher

Recent surveys reveal that ever-increasing numbers of the faithful are attracted to the Pentecostal movement. While in the United States the popularity of this religious movement is strong, the global appeal of Pentecostalism has been nothing short of extraordinary. What accounts for the fact that Pentecostalism is the fastest growing religious movement in the world?Drawing on Paul Alexander's scholarly work, religious upbringing, and rich personal experience in Guatemala, Venezuela, Mexico, Malta, Palestine/Israel, Belgium, India, and the United States, Signs and Wonders offers a compelling view of the amazing growth and power of the worldwide Pentecostal movement.As Alexander explains, Pentecostalism is attractive to seekers on many levels-the lively services, the mystery of tongue talking, the promise of prosperity, and the draw of hope and joy. Pentecostalism is open to prophecy, dreams, and visions. Pentecostals believe that dreams and visions are ways that God can speak directly to human beings. These beliefs hold great appeal for the millions of people who take comfort in hearing God's voice when life gets difficult. Pentecostals live in a world where God is close enough to talk to and can be appealed to for miracles of all kinds-from curing warts to keeping an eighteen wheeler from crushing a mini-van. The Pentecostal view of prosperity through faith has great allure for those living the American dream and for those who dwell in abject poverty. As one pastor put it "God wants you to prosper. You don't have to wait. You don't have to be tied down by your circumstances."Signs and Wonders offers a unique view of the Pentecostal movement from Paul Alexander who has been both an insider and an outsider to the faith.
-Publisher

Paul Alexander (Ph.D., Baylor University) serves C.P. Haggard Graduate School of Theology as professor of Theology and Ethics and director of the Doctor of Ministry Program at Azusa Pacific University.


Alexander has provided keynote speeches in The Hague (Dutch Ministry of Foreign Affairs) on religions and human rights and has worked in the Americas, Europe, the Middle East, and India.


He is the author of Peace to War: Shifting Allegiances in the Assemblies of God and Signs & Wonders: Why Pentecostalism is the Worlds Fastest Growing Faith; series editor of Pentecostals, Peacemaking, and Social Justice; and co-founder of Pentecostals & Charismatics for Peace & Justice (www.pcpj.org)
Koorong -Editorial Review.