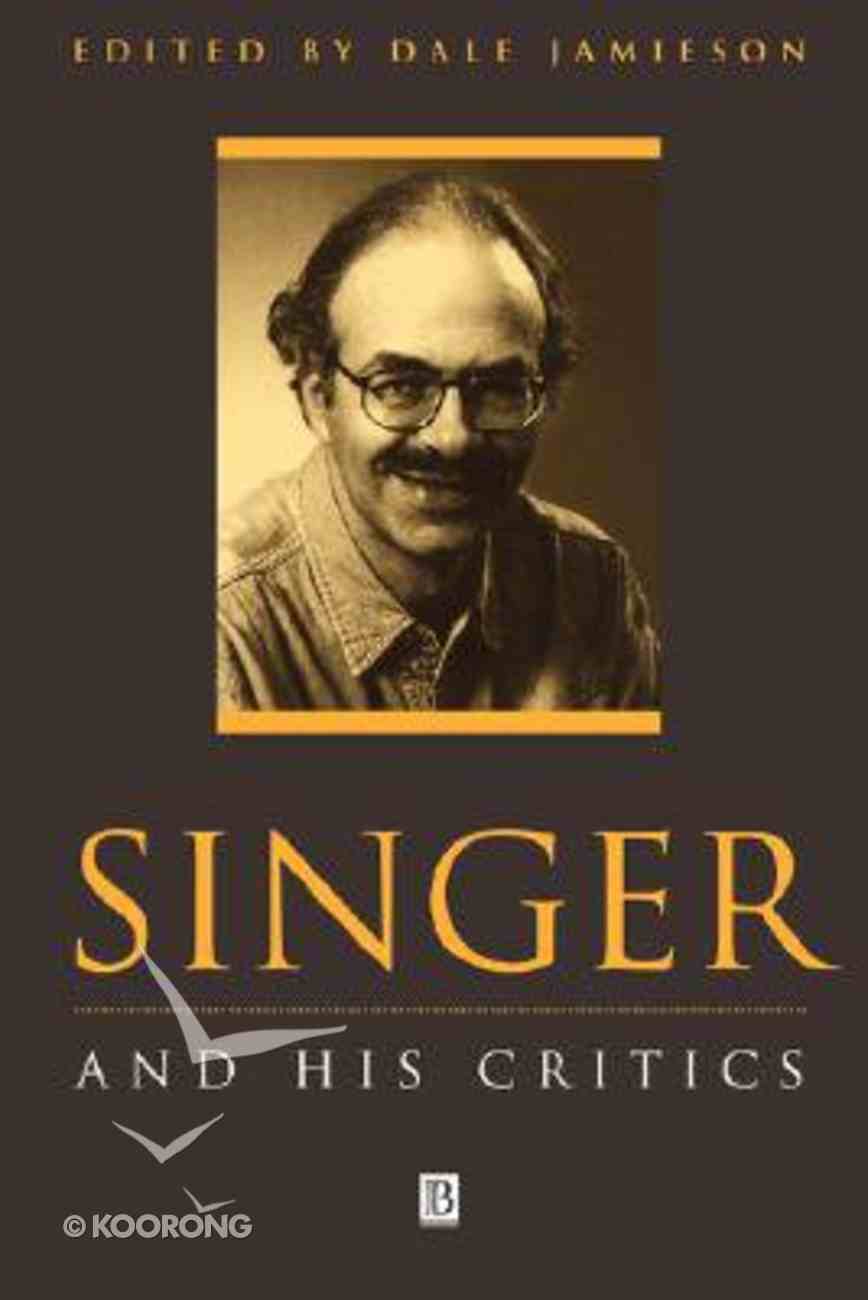 Singer and His Critics

Winner of the Choice Magazine - Outstanding Academic Title of 1999 Award."Dale Jamieson's introductory essay, "Singer and the Practical Ethics Movement", is designed not just to give the reader a feel for what Singer has written and not just to...

Creation and Covenant: The Significance of Sexual Difference in the Moral Theology of Marriage
Christopher C Roberts
Paperback

Dictionary of Scripture and Ethics
Joel B Green
Hardback

Self, World and Time (#01 in Ethics On Theology Series)
Oliver O'Donovan
Paperback

Transformation: What is God Doing and How Do We Join In?
Matt Bird
Paperback

Winner of the Choice Magazine - Outstanding Academic Title of 1999 Award."Dale Jamieson's introductory essay, "Singer and the Practical Ethics Movement", is designed not just to give the reader a feel for what Singer has written and not just to personalize him, which is important in a volume such as this, but to situate him in a larger social and historical context...The chapter is riveting...Those of us who use Singer's essays in our courses...will want to draw upon Jamieson's chapter for background information." Keith Burgess-Jackson, University of Texas at Arlington, Ethics, July 2000."Whether the reader is a Singer neophyte or a person well acquainted with his works, this anthology will no doubt enlighten her, not only with respect to Singer's positions, but also with respect to the seeming intractability of ethical problems in general". Antony Skelton, Australasian Journal of Philosophy, December 2001."No one alive today has had such a large influence on practical ethics as Peter Singer. Furthermore, his contributions to practical ethics have vividly brought to light central issues in moral theory. Thus, a volume of essays on his philosophy was an excellent idea. And the end product is very good...the papers in this collection rank with the very best recent essays in moral philosophy". Brad Hooker, University of Reading, Mind, Jan 2002
-Publisher

This is the first book devoted to the work of Peter Singer, one of the leaders of the practical ethics movement, and one of the most influential philosophers of the twentieth century.
-Publisher

DAVID JAMIESON is president of the Jamieson Consulting Group. He is also codirector of the Master of Science in Organization Development program at Pepperdine University. JULIE O'MARA is president of O'Mara and Associates, a human resource development consulting firm.

Faith: Embracing Life in All Its Uncertainty, Beauty and Mystery
Tim Costello
Hardback