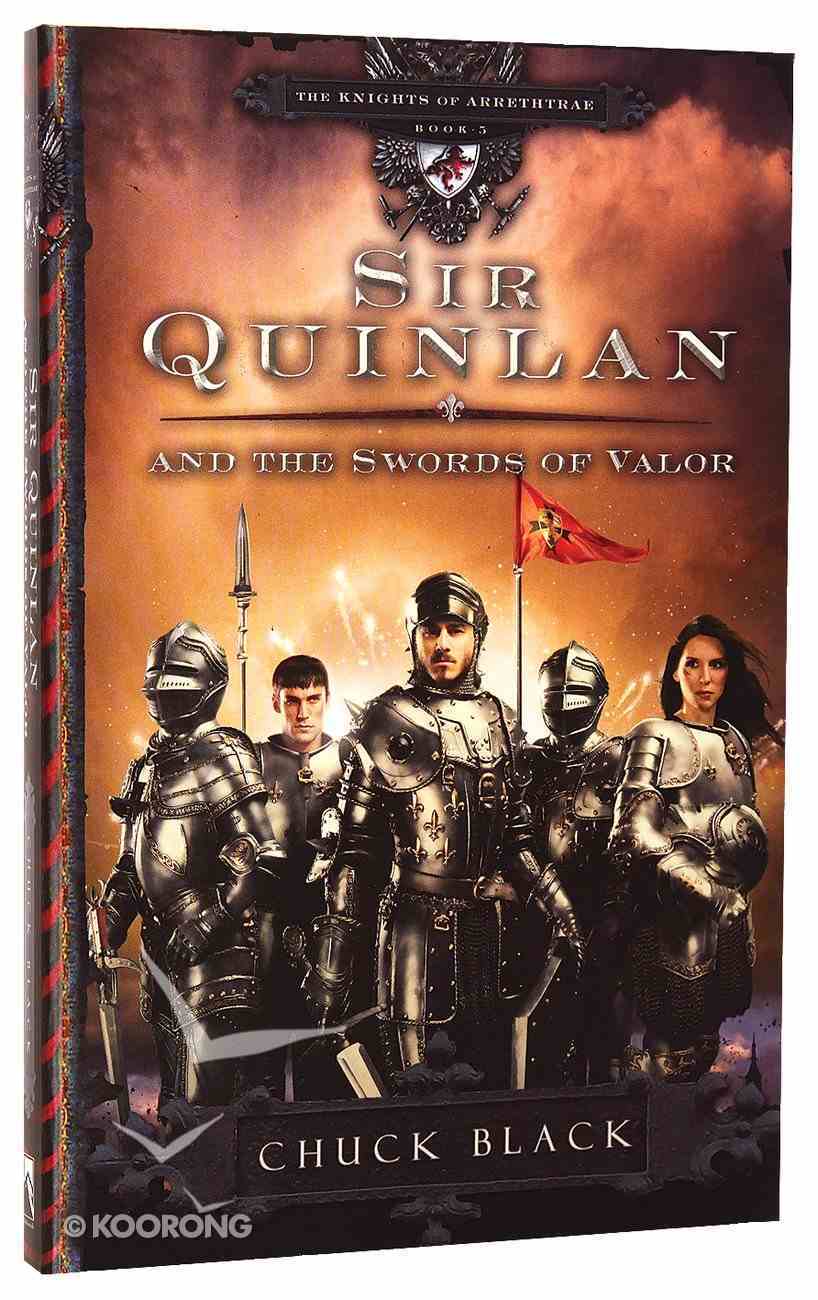 This stirring epic fantasy series transports readers into a vividly imagined realm of noble kingdoms beset by dark perils, where young warriors prevail not only by strength of arms, but through courage, honour, and faith. Prepare for adventure beyond your...

32 available
Expected to ship on Monday from Australia.
Learn More
Free Shipping
for orders over $99.

This stirring epic fantasy series transports readers into a vividly imagined realm of noble kingdoms beset by dark perils, where young warriors prevail not only by strength of arms, but through courage, honour, and faith. Prepare for adventure beyond your dreams!

Two friends face the Dark Knight’s deadliest scheme, but only one knight has the courage to overcome.

Sir Quinlan leaves his boyhood friend to serve the Prince, fighting a battle darker and more intense than any he’s ever known. The mysterious Sir Baylor recruits him into the ranks of an elite unit of knights known as the Swords of Valor, but when tragedy strikes and everyone blames Quinlan, the Swords of Valor disband, ending a legacy of heroic deeds.

Alone and despairing, Quinlan wanders the kingdom, fleeing his past. His providential encounter with Taras, a mysterious Silent Warrior and former trainer of Valor Knights, offers Quinlan a chance to redeem himself and learn the ways of the secret warriors.

The training is grueling, and just when Quinlan seems to have left his failures behind, he receives an impossible challenge from the Prince—one that will force him to face his past…and the mighty men who blame him for the tragedy that ruined them.