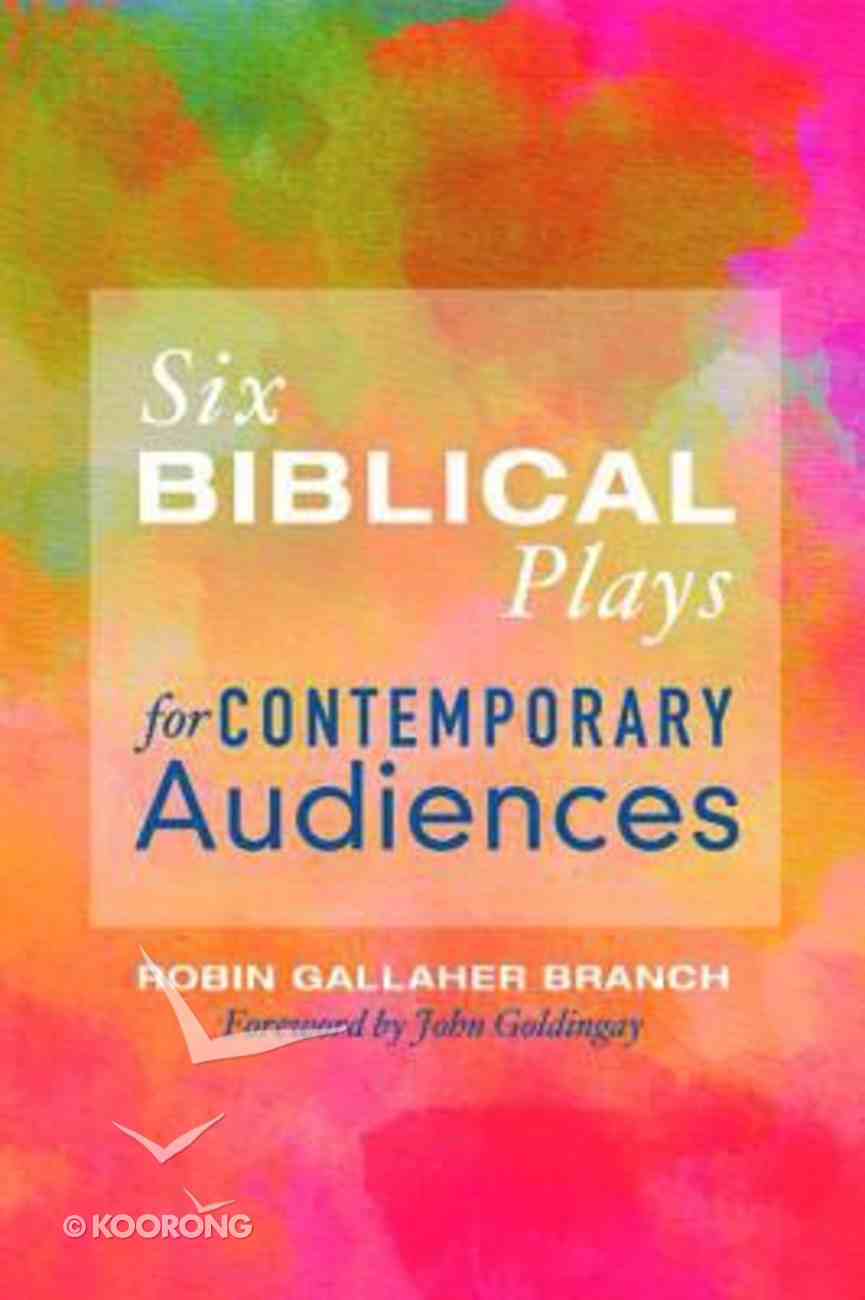 Fills a Need: For biblically based, thoroughly researched plays for a general audience. Is Fun: Laugh as members of the body of Christ sing and dance their way into your church. See others--and maybe yourself!--in the kindness of Heart, the...

Fills a Need: For biblically based, thoroughly researched plays for a general audience. Is Fun: Laugh as members of the body of Christ sing and dance their way into your church. See others--and maybe yourself!--in the kindness of Heart, the gossip of Ear, the pride of Head, and the independence of Eye. Honors Women: Lets Mary tell Joseph of the angel Gabriel's visit. Recognizes Elizabeth's importance; she tells Luke 1 from her perspective. Is Funny: Human beings get in fixes and messes. Watch how God--with gentleness, humor, and tough love--delivers his people time and again. Encourages Participation: Suitable for actors ages nine to ninety-nine! Fosters Dialogue: Each play ends with Questions for Discussion. Shows Theology in the Making: Do theology the Godly way--with boots on the ground! Consider this evangelism model: The disciples have just seen the risen Lord Jesus ascend into heaven and can't wait to tell all Jerusalem! Invites Imagination: The characters in Proverbs gather in the marketplace and tell Simple Youth, a first-year university student, about their lifestyles. Which will he follow? Promotes This Concept: We all play our lives on stage to an audience of One: God. ""With its emancipated imagination, the Bible clearly is intended for dramatic reperformance. Robin Gallaher Branch has well understood this and has brought her artistic sensibility to the task. The outcome is compelling scripts that will evoke many fresh performances. Her scripts provide the dramatic specificity and concreteness so crucial to the biblical plot."" --Walter Brueggemann, Columbia Theological Seminary ""Dr. Branch succeeds in this publication to bring biblical characters to life. In some instances, by having these characters converse with modern contexts, she comments on the transformative nature of the biblical text in the twenty-first century. In other cases, she captures and investigates the human spirit of her characters while keeping them confined to an ancient life setting. Either way she makes an exciting contribution to writing the present chapter in the reception history of the biblical text."" --Hans Van Deventer, Professor of Biblical Studies, North-West University, South Africa ""Dr. Branch claims that 'Plays capture the drama of theology in the making.' That is certainly true in her compositions, where she employs the scriptural idiom in dramatic format to invite both performers and audiences to see themselves as part of the greatest story ever told."" --Andrew Dearman, Professor of Old Testament, Fuller Theological Seminary ""Dr. Robin Gallaher Branch has taught on the college level, written for the Society of Biblical Literature, and published an important book on contributions of lesser-known women in the Old Testament. Dr. Branch is an excellent scholar, however, she is able to write so that the average person understands the message being conveyed. Her Six Biblical Plays for Contemporary Audiences is a delightful look at Bible stories and helps us see these rich stories in a playful light."" --John B. ""Mike"" Loudon, Pastor, First Presbyterian Church, Lakeland, FL ""Robin Gallaher Branch has written six plays which Christians will enjoy enacting as their audiences gain fresh insights into the significance of familiar biblical texts. The profound scholarship displayed in her annotations enables her to understand accurately the background of these texts. She correctly depicts Elizabeth and Mary as young teenagers at the time they were wed. She empathetically describes their emotions: Elizabeth while suffering the anguish of barrenness and Mary while living under the suspicion of being an adulteress. Her plays based on characters from Proverbs and on the parts of the body of Christ personified display wit and humor."" --Edwin M. Yamauchi, Professor of History Emeritus, Miami University ""These biblically based plays remind us of Jesus' method of teaching the multitudes through stories rather than directly
-Publisher

Robin Gallaher Branch received her PhD in Hebrew Studies from the University of Texas at Austin. She was a Fulbright scholar and later an associate professor at the University in Potchefstroom, South Africa. She is currently professor of biblical studies at Victory University in Memphis, Tennessee.