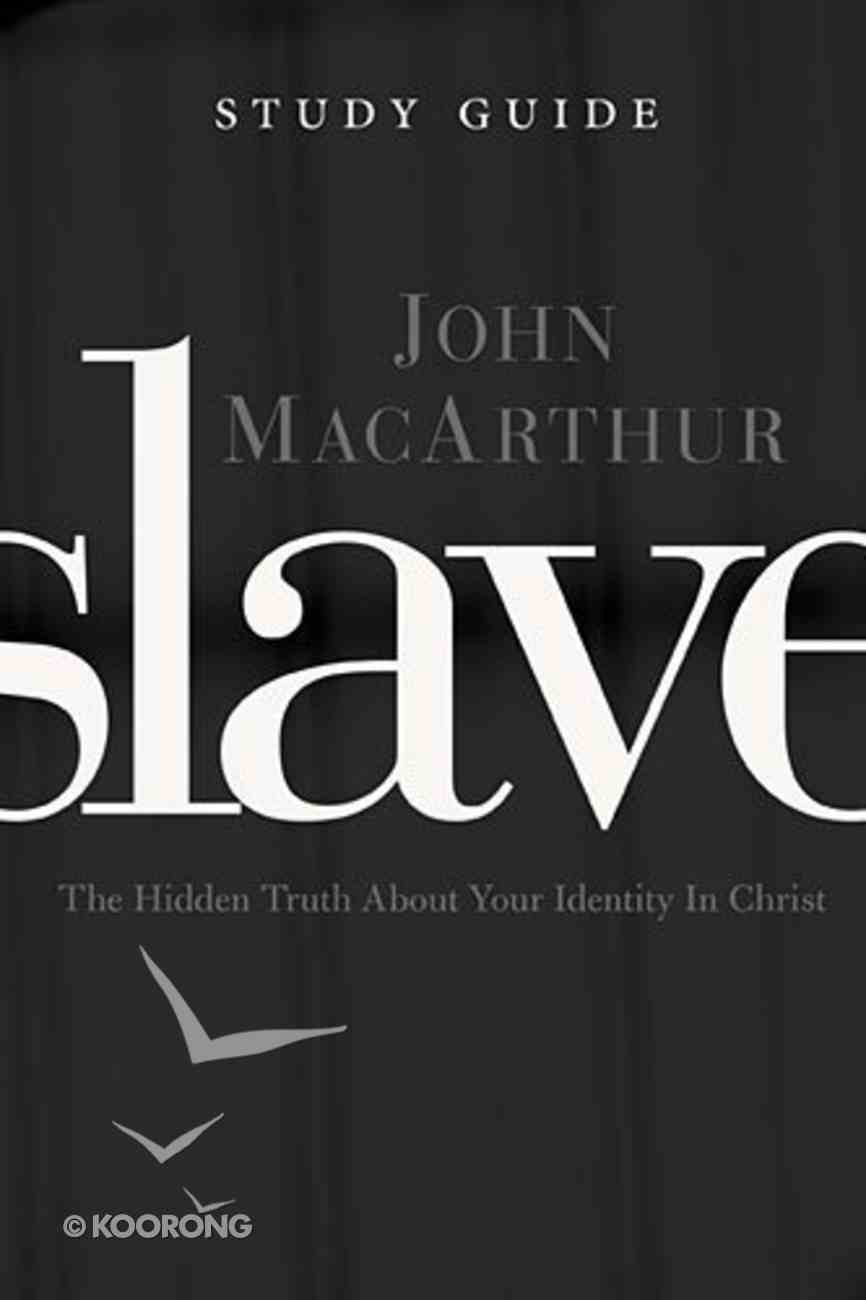 Best-selling author and pastor Dr. John MacArthur takes readers deeper into biblical study to revolutionize their relationship with God. Throughout the Bible, followers of Jesus are commanded to submit to God as their King. They are told to obey...

You Are Never Alone: Trust in the Miracle of God's Presence and Power (Study Guide)
Max Lucado
Paperback


Throughout the Bible, followers of Jesus are commanded to submit to God as their King. They are told to obey and follow, faithfully and without hesitation. Every time Christians utter the word "Lord," they make a subtle yet profound declaration-that God is their Master and that they belong to Him. In fact, the Bible describes believers as His slaves. They have been bought with a price and now live for Christ as a people for His own possession.


But go into most churches today, even flip through most Bible translations, and you won't see or hear the word "slave" anywhere. That's because it has been lost in translation. In this gripping book, Dr. John MacArthur uses deep Bible teaching and historical evaluation to expertly uncover the one forgotten word that restores the Bible's definition of true Christian freedom.

WHAT DOES IT MEAN TO BE A CHRISTIAN THE WAY FIRST-CENTURY BELIEVERS DEFINED IT?


As followers of Jesus, we call ourselves ?Christians,? but the fact is this word only appears three times in the Bible. In the New Testament, you'll find a host of terms that identify the followers of Jesus, but there is one metaphor used more frequently than any other. Slave.


That's right. The first Christians, having been galvanized by the words of Jesus, gave up everything and called themselves slaves of Christ. Now you can learn why this word best described early Christ-followers?and you'll see how an understanding of this truth changes the way to follow Him now. This discovery will unveil the riches of your salvation in a radically new way.


Now you or your group can use this study guide to drill down through each major concept in Dr. John MacArthur's remarkable book Slave:


RETHINK. Check all the angles.


REFLECT. Consider how it affects you.


The gospel is not simply an invitation to become Christ's associate or friend?it is a mandate to become His slave.


?John MacArthur expertly and lucidly explains that Jesus frees us from bondage into a royal slavery that we might be His possession. Those who would be His children must, paradoxically, be willing to be His slaves.? ?DR. R.C. SPROUL


?In this new book, John MacArthur presents a powerfully riveting and truly eye-opening look at our relationship to the Lord Jesus. Want to rise to a new level of trust and confidence in your Master? Then this is the book for you!? ?JONI EARECKSON TADA, Joni and Friends International Disability Center


?Dr. John MacArthur's teaching on ?slavery? resonates in the deepest recesses of my ?inner-man?. As an African-American pastor, I have been there. That is why the thought of someone writing about slavery as being a ?God-send? was the most ludicrous, unconscionable thing that I could have ever imagined . . . until I read this book. Now I see that becoming a slave is a biblical command, completely redefining the idea of freedom in Christ. I don?t want to simply be a ?follower? or even just a ?servant? . . . but a ?slave?.? ?THE REV. DR. DALLAS H. WILSON, JR., Vicar, St. John's Episcopal Chapel, Charleston, South Carolina

The Road Back to You
Ian Morgan Cron, Suzanne Stabile
Hardback