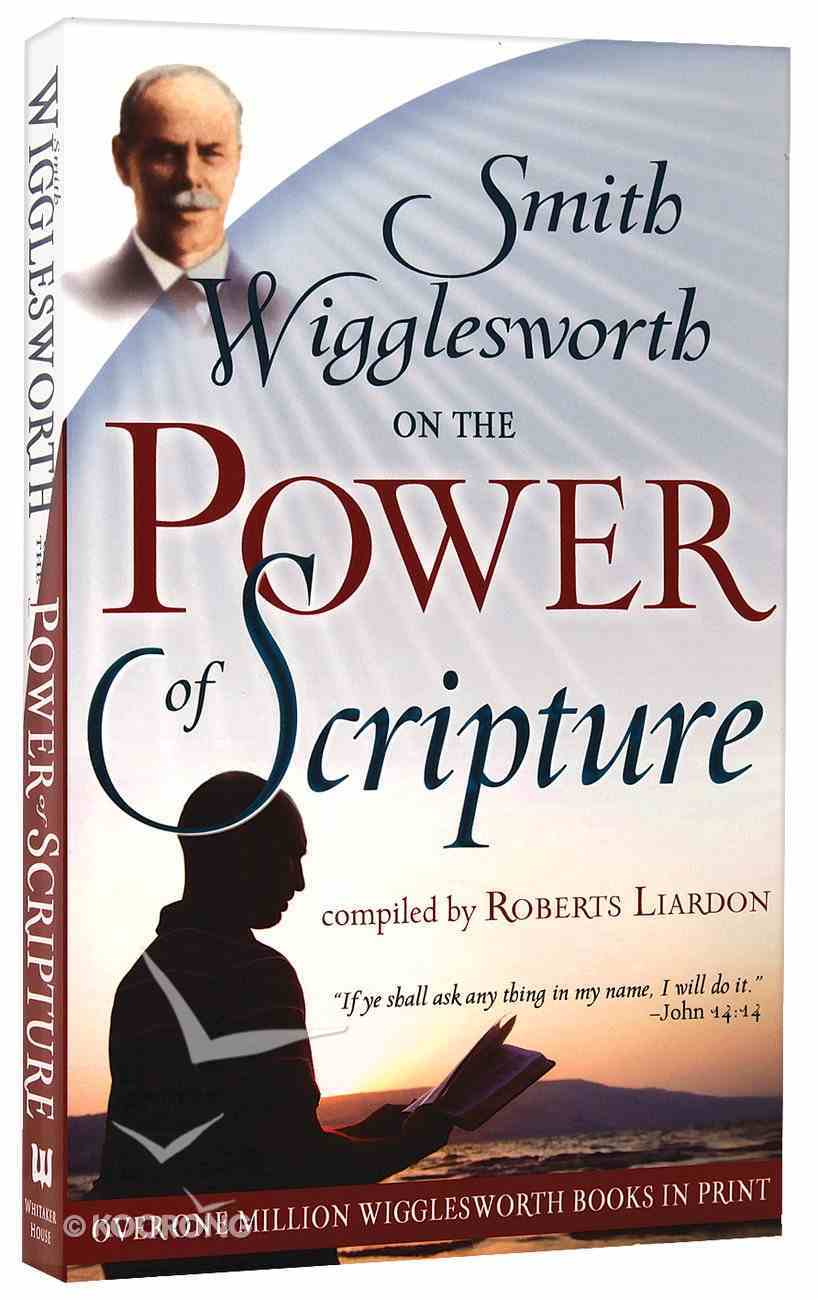 Smith Wigglesworth on the Power of Scripture

Smith Wigglesworth knew firsthand of the power of Scripture. For years, the "Apostle of Faith" taught the Bible to millions of believers in his legendary, miracle-filled meetings. Now, many of these teachings have been collected in one book, offering you...

2 available
Expected to ship within 10 hours from Australia.
Learn More
Free Shipping
for orders over $99.

Smith Wigglesworth knew firsthand of the power of Scripture. For years, the "Apostle of Faith" taught the Bible to millions of believers in his legendary, miracle-filled meetings. Now, many of these teachings have been collected in one book, offering you the rare opportunity to sit at the feet of this anointed man of God. Transcribed exactly as they were delivered to a select group of Bible students at Aimee Semple McPherson's celebrated Angelus Temple, these teachings will allow you to:
Better understand the gifts of the Spirit.
Claim victory over temptation.
Share in the riches of God's glory.
Learn how to pray for the sick.
See how God's presence brings healing.
Develop better spiritual discernment.
Live in the freedom of God's grace.
Be used by God to win souls.
Experience the biblical foundation of speaking in tongues.
Discover the joy of obeying God's Word.

Smith Wigglesworth (18591947) was born in England in 1859. Immediately after his conversion as a boy, he had a concern for the salvation of others and won people to Christ, including his mother. He became a plumber by trade, yet he continued to devote himself to winning many people to Christ on an individual basis. In 1882, he married Polly Featherstone, a vivacious young woman who loved God and had a gift of preaching and evangelism. It was she who taught him to read and who became his closest confidant and strongest supporter. They both had compassion for the poor and needy in their community, and they opened a mission, at which Polly preached. Significantly, people were miraculously healed when Wigglesworth prayed for them. In 1907, Wigglesworths circumstances changed dramatically when, at the age of forty-eight, he was baptized in the Holy Spirit. Suddenly, he had a new power that enabled him to preach, and even his wife was amazed at the transformation. This was the beginning of what became a worldwide evangelistic and healing ministry that reached thousands. He eventually ministered in the United States, Australia, South Africa, and all over Europe. His ministry extended to the time of his death in 1947. His published books include Smith Wigglesworth on Healing, Smith Wigglesworth on Faith, Smith Wigglesworth on Heaven, Ever Increasing Faith, Wigglesworth on the Anointing, and Greater Works.
-Publisher

Smith Wigglesworth, often referred to as the Apostle of Faith, was one of the pioneers of the Pentecostal revival that occurred a century ago. Without human refinement and education he was able to tap into the infinite resources of God to bring divine grace to multitudes. Thousands came to Christian faith in his meetings, hundreds were healed of serious illnesses and diseases as supernatural signs followed his ministry. A deep intimacy with his heavenly Father and an unquestioning faith in God's Word brought spectacular results and provided an example for all true believers of the Gospel. - Publisher.