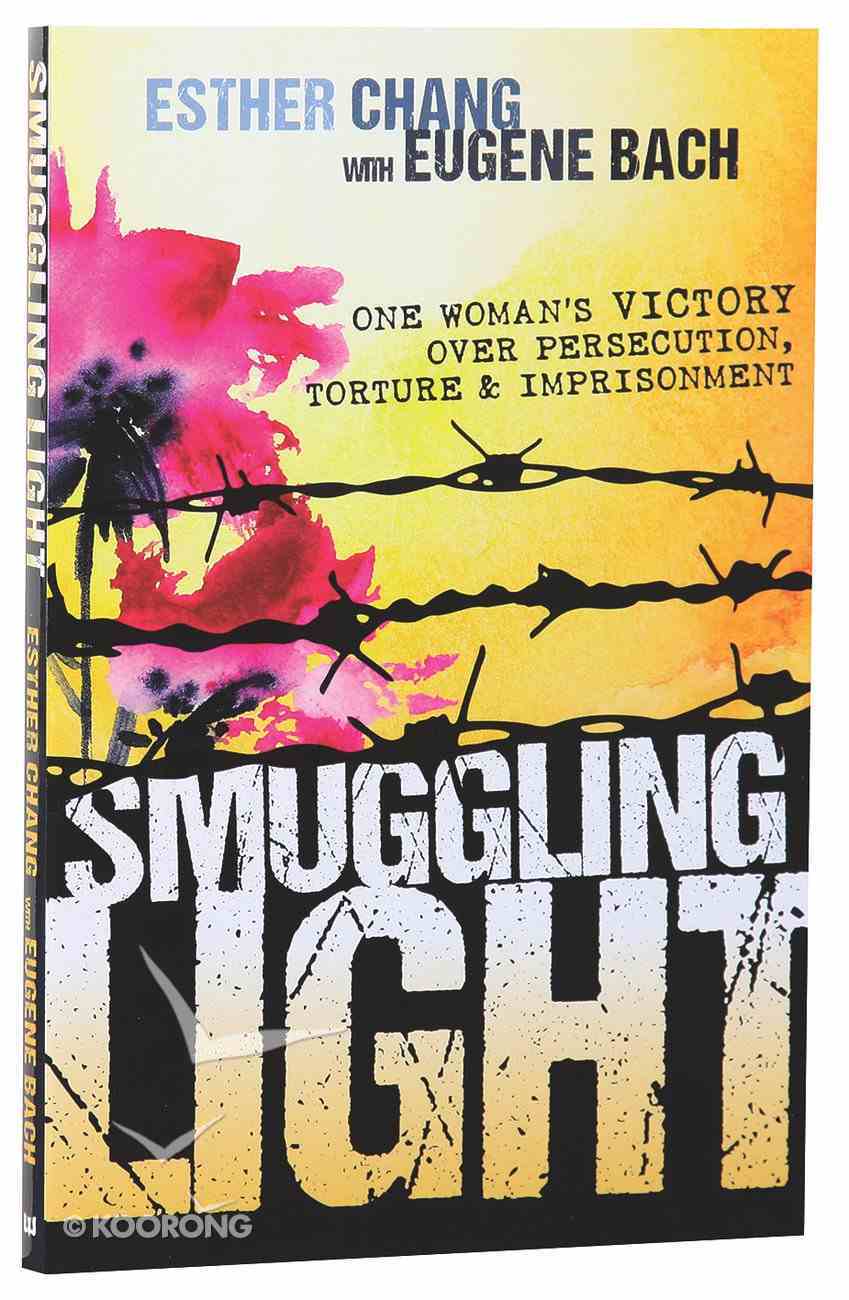 Smuggling Light: One Woman's Victory Over Persecution, Torture, and Imprisonment

North Korea is globally notorious for its erratic, repressive regime and the desperately impoverished lives of most of its citizens. This book tells the true story of Esther, a Chinese Korean who has spent the last fifteen years risking her...

Dancing With Thieves: One Woman's Incredible Journey From the World of Theatre to the Streets, Slums and Prisons of Sao Paulo, Brazil.
Cally Magalhes
Paperback

Though I Run Through the Valley
Pamela Johnson
eBook

The Scripture of Their Lives
Jane Butterfield Presler (Ed)
Paperback

North Korea is globally notorious for its erratic, repressive regime and the desperately impoverished lives of most of its citizens. This book tells the true story of Esther, a Chinese Korean who has spent the last fifteen years risking her life to spread aid and gospel witness in this darkest of nations.

North Korea is dark.
Literally dark most of its regions are too poor to afford electricity and other basic needs. Figuratively dark its daily life is hidden from outsiders, its citizens reticent, and its propaganda vast. And spiritually dark-its ruler, Kim Jong-il, is both worshipped and feared and the gospel is squelched without question.


Into this darkness, Esther walked.


Growing up a Chinese-Korean, Esther wanted nothing to do with Christianity until a visit to an underground church in China flooded her with the mercy and power of the Spirit and she was given an unusual call: be a missionary to North Koreans. But again, Esther wanted nothing to do with it, or rather, with them. Rude, filthy, and abusive, North Koreans seeking refuge in China were the worst of the worst. However, when Esther slipped inside North Korea for the first time and witnessed for herself the shocking conditions, she finally understood: they acted desperate, because they were.


Esther gave her all to her mission. Although imprisoned and tortured by both North Korea and China, sometimes destitute and always in danger, having few resources and little time for family, for the past fifteen years Esther has faithfully spread aid and the gospel witness to North Koreans. Smuggling Light is her true tale of bravery, humility, and complete reliance on the mighty hand of God in one of the darkest nations in the world.

Eugene Bach and Brother Zhu are pseudonyms for two members of the Chinese underground church who do not wish to be identified.

ESTHER CHANG (a pseudonym) grew up in a small town in northern China, caught between two cultures; she was rejected by the Chinese for being an ethnic minority and rejected by fellow Chinese-Koreans for having a grandfather who was a staunch Christian. After her conversion, Esther tirelessly spread the gospel to North Koreans. Because of concerns for their safety, Esther and her family have recently fled Chinanbsp;and now live outside the country.