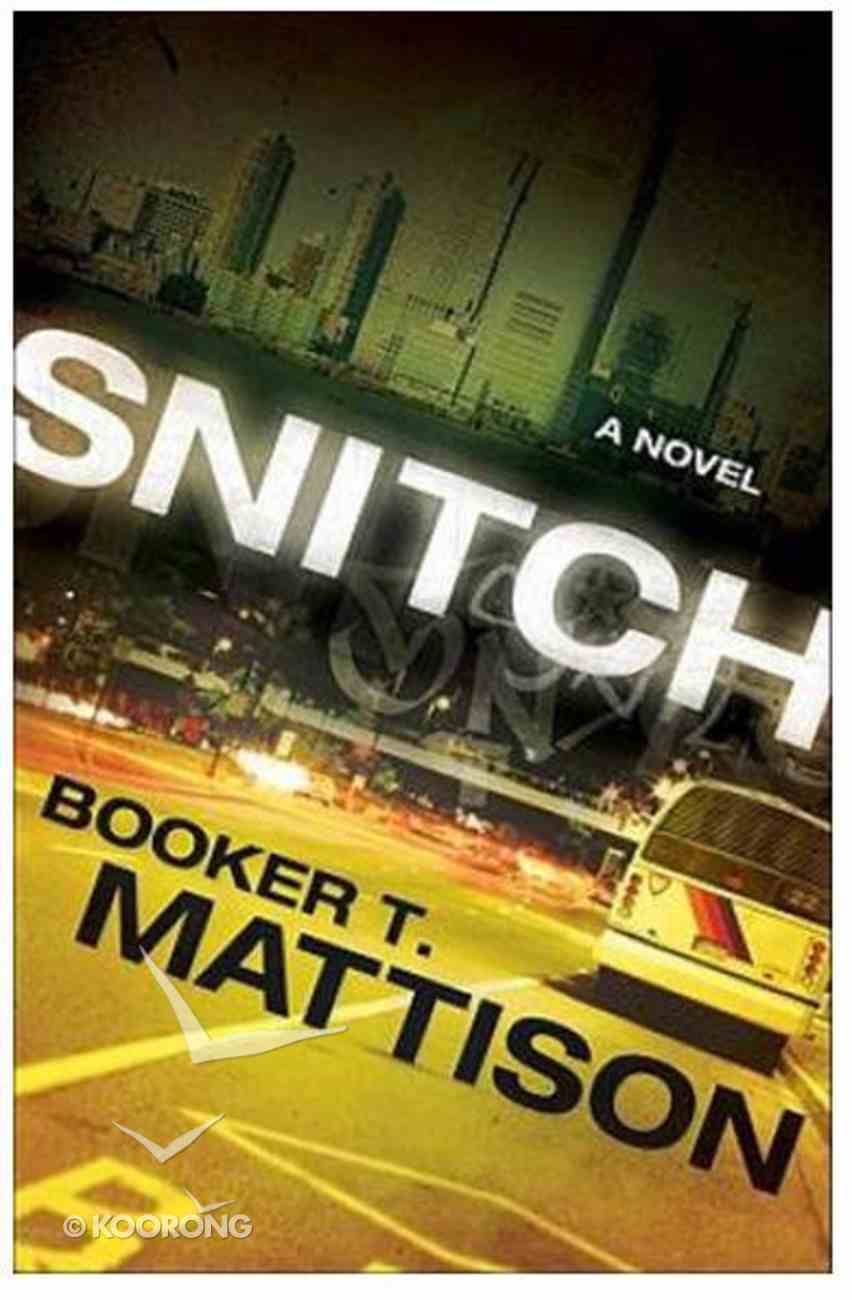 On the streets of Jersey City there is a simple code. You don't talk to the cops. You don't snitch. Period. But when bus driver Andre Bolden witnesses a crime on his route, he is compelled to make a choice....

On the streets of Jersey City there is a simple code. You don't talk to the cops. You don't snitch. Period. But when bus driver Andre Bolden witnesses a crime on his route, he is compelled to make a choice. If he keeps silent, he might lose his job and be gnawed by his conscience. If he snitches, he could lose his family--even his life. This explosive story explores the clash between a working man and the code of the street. Gifted storyteller Booker T. Mattison has crafted a realistic tale full of tension and raw suspense yet infused with spiritual truth. Snitch rewrites the rule to mind your own business, peers into the hearts of those who seek revenge and redemption, and celebrates the ability of a community to triumph over violence and intimidation. "Author and filmmaker Mattison's sophomore outing reads like it's ready for screen adaptation. . . . Mattison has a superb ear, and his skill keeps on growing."-- Publishers Weekly, starred review " Snitch should be required reading for anyone with a pulse and a conscience."-- Lisa Cort s, executive producer of the Academy Award-winning film Precious: Based on the Novel Push by Sapphire and The Woodsman "Amazing--down to the last line. Bravo!"-- Victoria Christopher Murray, Essence bestselling author of Sins of the Mother and The Ex Files "Captivating from start to finish. Snitch is a compelling tale about the psychic turmoil of upholding the code of the streets."-- Kevin Cokley, PhD, editor-in-chief, the Journal of Black Psychology; associate professor of counseling and psychology, University of Texas, Austin "I loved the interconnectedness of every character and the powerful, fresh, black male characters effecting positive change in the neighborhood. It reads like a movie."-- Stephanie Allain Bray, producer of the Academy Award-winning film Hustle & Flow and Black Snake Moan Booker T. Mattison is an author and filmmaker who wrote the screenplay for and directed the film adaptation of Zora Neale Hurston's The Gilded Six-Bits, which aired on Showtime. His debut novel, Unsigned Hype, has been optioned, and he is currently writing the film adaptation of the book. Mattison has taught literary criticism at the College of New Rochelle in New York, film production at Brooklyn College, and advanced directing and actor coaching at Regent University in Virginia. Snitch is his second novel.
-Publisher

In Jersey City the code of the streets is simple. No matter what, you don't talk to the cops. You don't snitch. But when young bus driver Andre Bolden witnesses a murder on his route, the code gets personal and every decision leads him deeper into worlds that he never intended to enter.

In this rich story that ratchets up the tension and suspense at every turn, the reality of life on the street is infused with spiritual truth. Gifted storyteller Booker T. Mattison's realistic tale of revenge and redemption offers hope about the strength of community against violence and intimidation.

"Snitch absorbed me to the point that I felt that my life and the lives of my family were at stake. It's just that good. Snitch should be required reading for anyone with a pulse and a conscience."--Lisa Cortés, executive producer of the Academy Award nominated film Precious: Based on the Novel Push by Sapphire