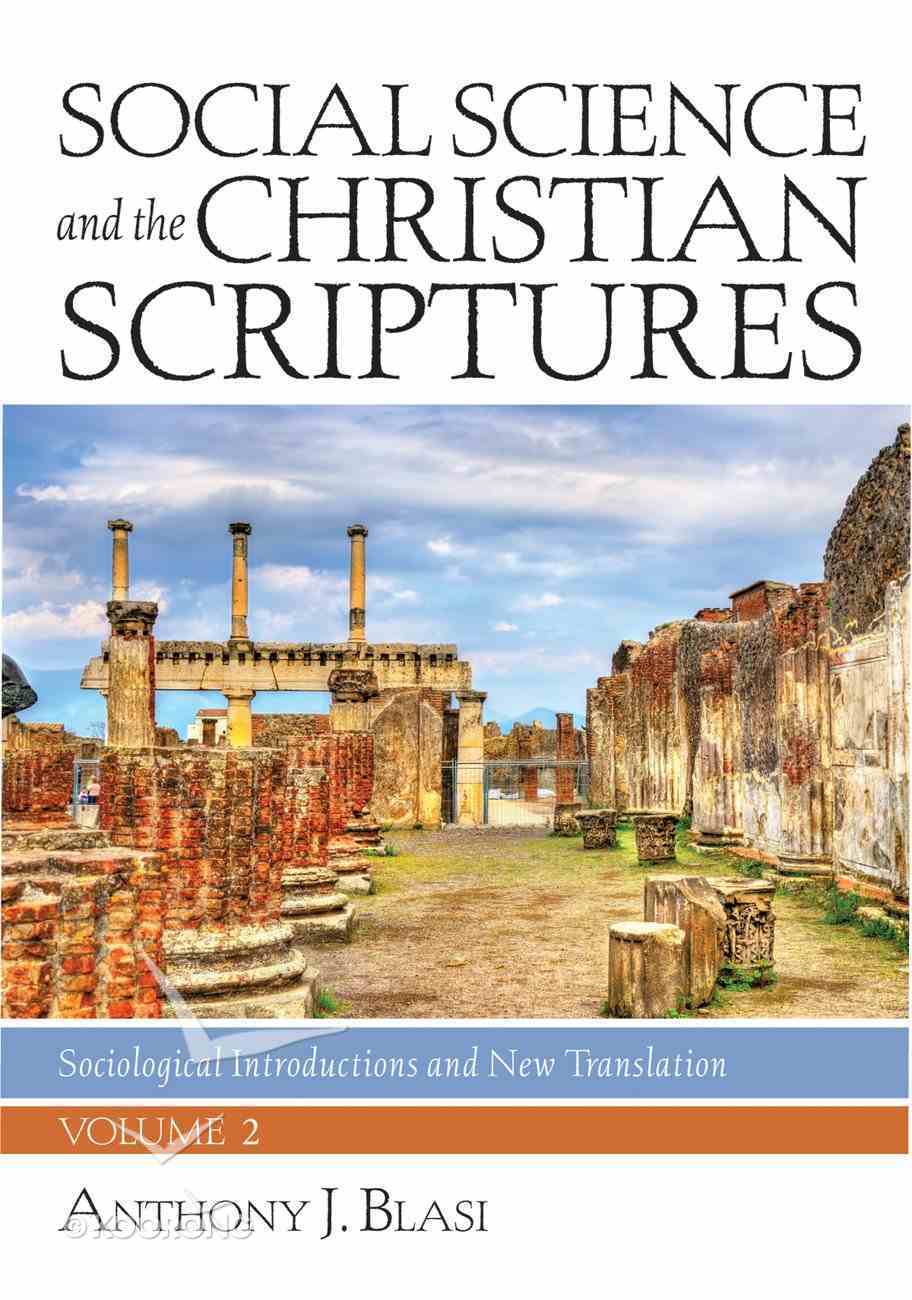 Sociologist Anthony Blasi analyzes early Christianity using multiple social scientific theories, including those of Max Weber, Georg Simmel, Karl Marx, Antonio Gramsci, Max Scheler, Alfred Schutz, and contemporary theorists. He investigates the canonical New Testament books as representative of early Christianity, a sample based on usage, and he takes the books in the chronological order in which they were written. The result is a series of "stills" that depict the movement at different stages in its development. His approaches, often neglected in New Testament studies, include such sociological subfields as sect theory, the routinization of charisma, conflict, stratification theory, stigma, the sociology of knowledge, new religions, the sociology of secrecy, marginality, liminality, syncretism, the social role of intellectuals, the poor person as a type, the sick role, degradation ceremonies, populism, the sociology of migration, the sociology of time, mergers, the sociology of law, and the sociology of written communication. Needing to treat the New Testament text as social data, Blasi uses his background in biblical studies and a review of a vast literature to establish the chronology of the compositions of the New Testament books and to present the "data" in a new translation that is accessible to non-specialists.
-Publisher