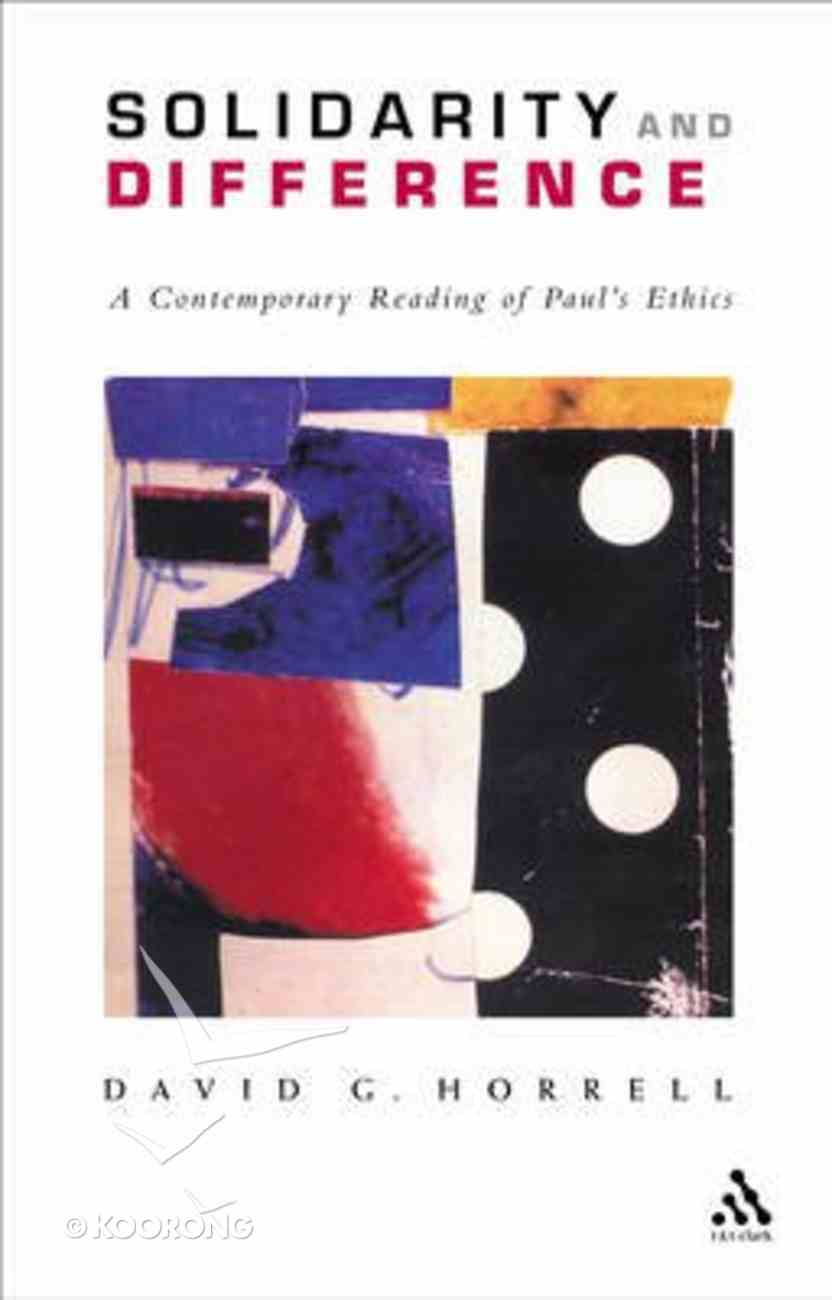 This book presents a wide-ranging study of Pauline ethics, examining how Paul's moral discourse envisages and constructs communities in which there is a strong sense of solidarity but also legitimate difference in various aspects of ethical practice. Unlike...

Creation and Covenant: The Significance of Sexual Difference in the Moral Theology of Marriage
Christopher C Roberts
Paperback

Bioethics and the Character of Human Life: Essays and Reflections
Gilbert Meilaender
Paperback

The Right Side of History: How Reason and Moral Purpose Made the West Great: Our Loss of a Higher Purpose and the Decline of the West
Ben Shapiro
Hardback

This book presents a wide-ranging study of Pauline ethics, examining how Paul's moral discourse envisages and constructs communities in which there is a strong sense of solidarity but also legitimate difference in various aspects of ethical practice.


Unlike many books on New Testament ethics, this work reads New Testament texts with an explicit awareness of contemporary ethical theory, and attempts to assess Paul's contribution as a moral thinker in the context of modern debate. The contents include a survey of the variety of approaches to understanding Pauline ethics and of the contemporary liberal-communitarian debate. Using a framework indebted to the social sciences, as well as to contemporary ethical theory, various chapters go on to examine the construction of community in Paul's letters, the notions of purity, boundaries and identity, Paul's attempts to deal with diversity in his churches, the role of imitating Christ in Paul's ethics, and the ethic Paul develops for interaction with 'outsiders'.


Finally, the pattern of Paul's moral thinking is considered in relation to the liberal-communitarian debate, with explicit consideration given to the central moral norms of Pauline thought, and the prospects for, and problems with, appropriating these in the contemporary world. It is argued that, while Paul's ethics raise problems which prevent their easy application today, by thinking with, beyond, and sometimes against Paul, we can find in his letters valuable resources for the pressing moral tasks that confront us.

An assessment of Paul as a moral thinker in the context of modern concerns and practices.
-Publisher

This book is an attempt to engage in some detail with Paul's ethics, in a way which is both serious and historically informed, but also in a way shaped by debates in the contemporary field of ethics, specifically the debate between liberals and communitarians.
-Publisher

David G. Horrell (Ph.D., University of Cambridge) is Professor of New Testament Studies at the University of Exeter, UK. He is the author of several books, including An Introduction to the Study of Paul (T&T Clark, Second Edition 2006) and Solidarity and Difference (T&T Clark, 2005). He was the editor of the Journal for the Study of the New Testament from 2002-2007.
He is an active member of the British New Testament Society, having chaired the Social World of the New Testament Seminar from 2001-2006, and is also a member of the Society for Biblical Literature (SBL) and Society for New Testament Studies (SNTS). He completed his PhD at Cambridge on Pauls Corinthian letters and the letter known as 1 Clement