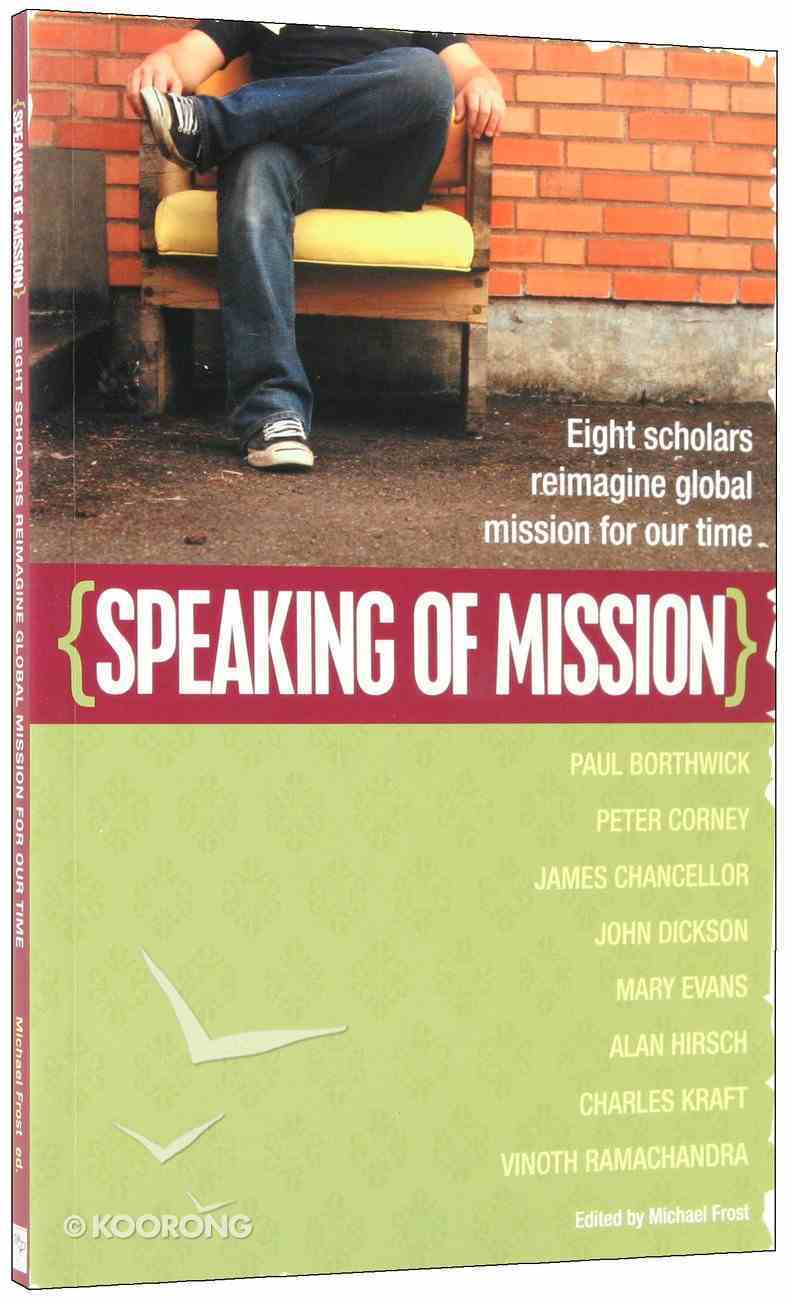 The Shaping of Things to Come: Innovation and Mission For the 21St Century Church (And Edition)
Michael Frost, Alan Hirsch
Paperback

The Shaping of Things to Come (And Edition)
Michael Frost, Alan Hirsch
eBook

How to Be a World-Class Christian
Paul Borthwick, Rick Warren (Fwd)
eBook

Alan Hirsch is founding director of Forge Mission Training Network and cofounder of Shapevine.com, an international forum for engaging with world-transforming ideas. Currently he leads an innovative learning program called Future Travelers which helps megachurches become missional movements. He is the author of numerous books, including: The Shaping of things to Come; The Forgotten Ways; The Forgotten Ways Handbook; Untamed and Right Here, Right Now. Hirsch lives in the Los Angeles area.
forthcoming info


He is currently co-writing four books to be released in 2011:

Right Here, Right Now with Lance Ford is being published through Baker Books and will provide a nuts and bolts approach to the missional lifestyle. The appeal is to the average Christian and away from Hirschs traditional leadership audience. On the Verge with Dave Ferguson integrates the missional movement with current models of church in the West. The 2011 Exponential Conference, a conference with the theme by the same name, will utilize this book as a centerpiece to bring missional ideology to established churches. The Permanent Revolution with Tim Catchim will be released at the 2011 Exponential Conference as well. This book elaborates on the apostolic element of mDNA by focusing on APEST, the five-fold ministry model from Ephesians 4, and its significance for the missional movement. The Faith of Leap with Michael Frost is a book concerning a theology of risk and adventure and its implications for church, mission, leadership and spirituality. -Editorial Review.


Some of his recent popular books include Two Hours to Freedom: A Simple and Effective Model for Healing and Deliverance; Confronting Powerless ChristianityEvangelicals and the Missing Dimension and I Give You Authority: Practising the Authority Jesus Gave us
Koorong -Editorial Review.

Vinoth Ramachandra (Ph.D., University of London) has served since 1987 as the South Asian regional secretary of the International Fellowship of Evangelical Scholars, a global partnership of more than ninety autonomous national student movements. An Anglican lay-theologian, he also has an expository and teaching ministry that spans many denominations.
He has written on issues relating particularly to pluralism, globalisation and mission in books such as The Scandal of Jesus; The Recovery of Mission; Faiths in Conflict?; Subverting Global Myths: Theology and the Public Issues Shaping Our World and The Message of Mission.

Peter Corney is a well respected and well known retired Anglican vicar. He pastored St Hilary's, Kew, one of the biggest Anglican Churches in Melbourne and oversaw its growth until his retirement. He is the author of some very practical ministry books for the local church including Change and the Church, Developing Congregations into Caring Communities and The Welcoming Church . He also recently retired as Director of the Institute for Contemporary Christian Leadership at Ridley College in Melbourne.

Evans teaches Old Testament at London Bible College. She is the author of 1 and 2 Samuel in the New International Bible Commentary and Woman in the Bible, and she is a coeditor of The IVP Women's Bible Commentary.

Let the Nations Be Glad!: The Supremacy of God in Missions (Third Edition)
John Piper
Paperback