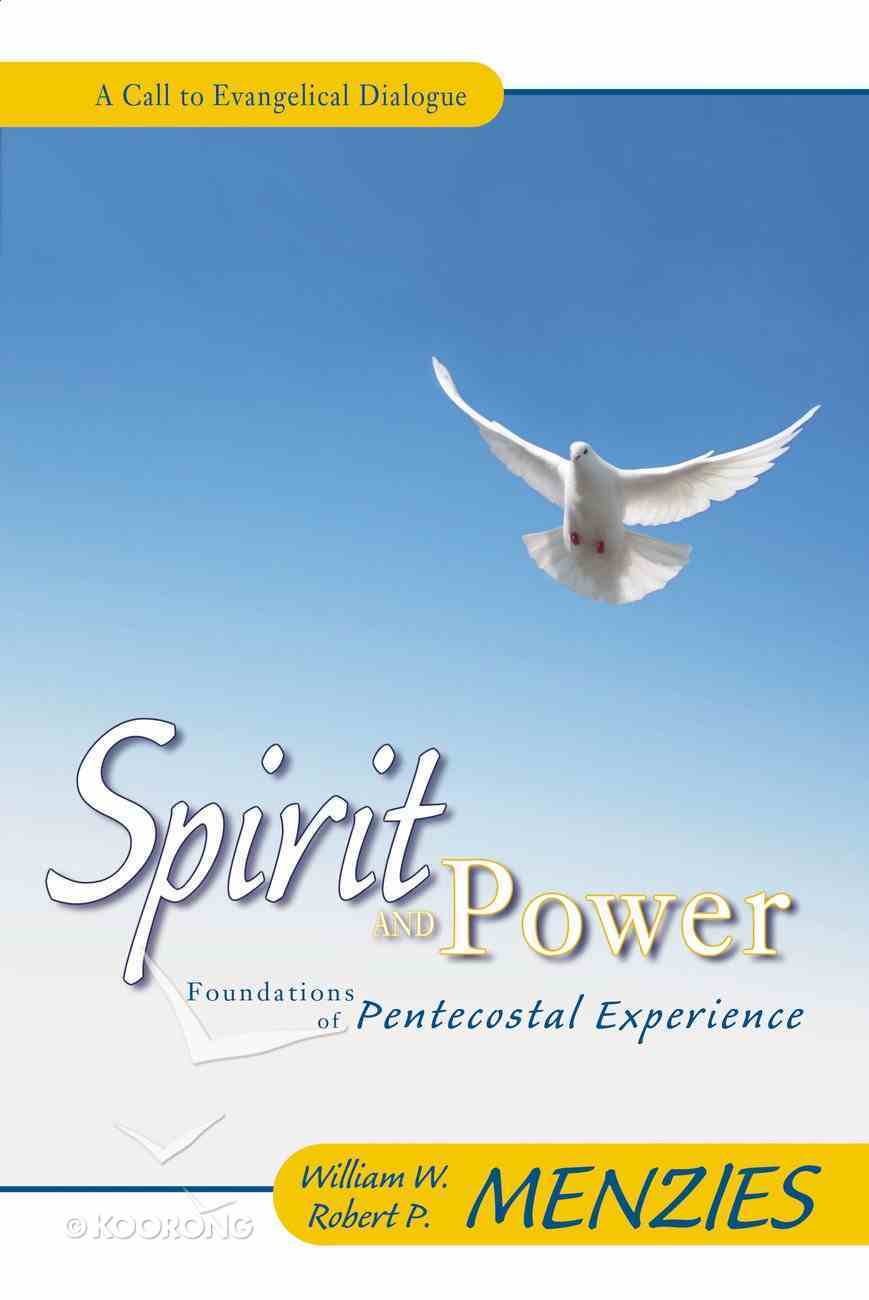 The times have long passed when Pentecostals were viewed as Protestantism's untouchables. Today, the shock waves from Azusa Street have influenced countless Evangelicals worldwide. But if dialogue between Pentecostals and Evangelicals has awakened within the latter a thirst for the...

Why I Am Still Surprised By the Power of the Spirit: Discovering How God Speaks and Heals Today
Jack Deere
Paperback

Surprised By the Power of the Spirit
Jack Deere
eBook

Surprised By the Power of the Spirit
Jack Deere
Paperback

Enthroned: Manifesting the Power and Glory of Your Divine Union in Christ
Jeff Jansen
Paperback

The Purpose and Power of the Holy Spirit
Myles Munroe
eBook

The times have long passed when Pentecostals were viewed as Protestantism's untouchables. Today, the shock waves from Azusa Street have influenced countless Evangelicals worldwide. But if dialogue between Pentecostals and Evangelicals has awakened within the latter a thirst for the power of God's Spirit, it has challenged Pentecostals to examine their theology more deeply in the light of his Word. Just how firm is the biblical foundation on which they stand?;Spirit and Power provides a cutting-edge look at Pentecostal theology. It addresses the concern expressed by its authors and echoed throughout charismatic churches today* Although our Pentecostal forefathers intuitively grasped the correlation between the reality they experienced and the promise of Acts 1*8, they did not always articulate their theology in a manner that was convincing to other believers committed to the authority of Scripture. In response, theologians William and Robert Menzies explore Pentecostalism in a scholarly and current light. Spirit and Power is no mere paraphrase of dated approaches. It is a fresh and penetrating look at the whys and wherefores of Pentecostal doctrine that sets a new standard for Spirit-filled theology. Whatever your persuasion may be as a Christian, this book's thoughtfulness, balance, and biblical integrity will help you appreciate more fully the strengths of the Pentecostal stance.;Laying the groundwork for an accurate understanding of Luke's writings in particular, the authors help you grasp the foundations of Pentecostal theology from the standpoints of history, hermeneutics, and exegesis. Then, in Part Two, they give you an in-depth look at specific Pentecostal concerns* the baptism of the Holy Spirit as a blessing subsequent to salvation, evidential tongues, signs and wonders, healing in the atonement, and more. You'll deepen your understanding of the basis for Pentecostal beliefs. And you'll gain a feel for the mutually beneficial dialogue that continues between Pentecostals and Evangelicals today.
-Publisher

The Power of the Decree: Releasing the Authority of God's Word Through Declaration
Patricia King, Brian Simmons
Paperback

Understanding Your Dreams: How to Unlock the Meaning of God's Messages
Sandie Freed
Paperback