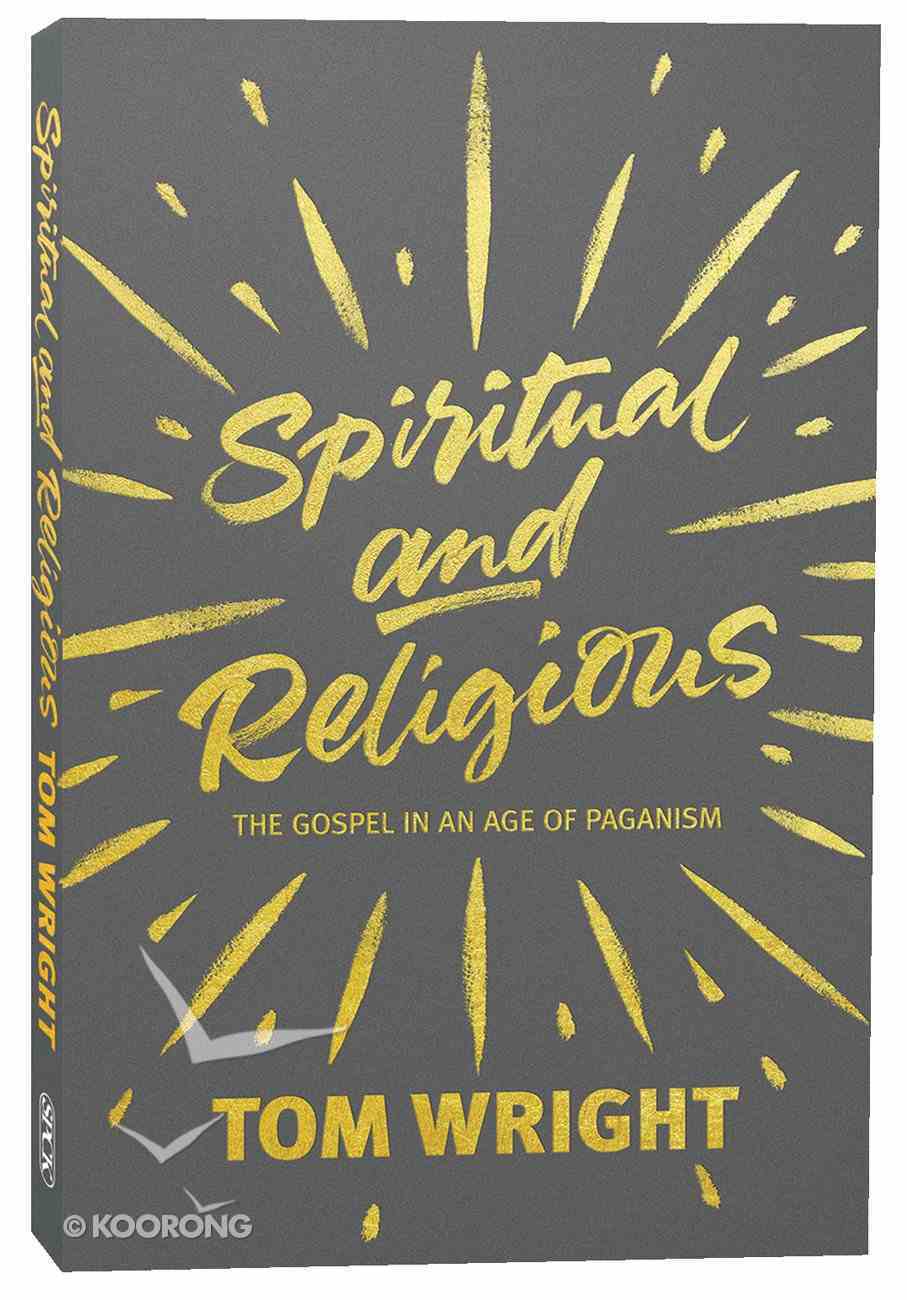 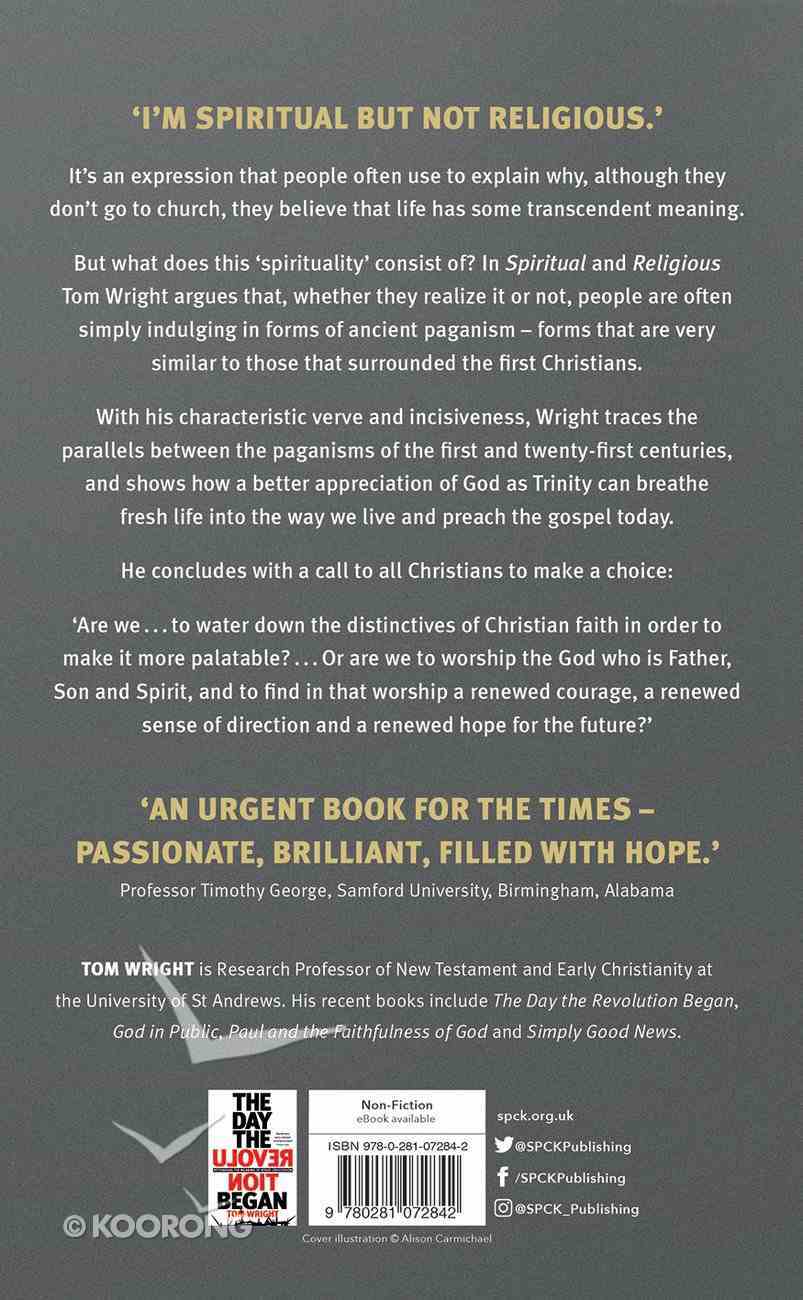 Spiritual and Religious: The Gospel in An Age of Paganism

'I'm spiritual, but not religious' is a phrase often used by people to signal a belief in transcendent meaning apart from church-going. Tom Wright shows how closely this can resemble forms of paganism that confronted the earliest Christians, and calls...

22 available
Expected to ship within 4 hours from Australia.
Learn More
Free Shipping
for orders over $99.

New Testament For Everyone, the With New Introductions, Maps and Glossary of Key Words (Translation By Tom Wright)
Tom Wright
Paperback

Creation, Power and Truth: The Gospel in a World of Cultural Confusion
Tom Wright
Paperback

'I'm spiritual, but not religious' is a phrase often used by people to signal a belief in transcendent meaning apart from church-going. Tom Wright shows how closely this can resemble forms of paganism that confronted the earliest Christians, and calls for a renewed commitment to Trinitarian belief in response.

'I'm spiritual, but not religious.' It's a phrase that's often used to explain why, although they don't go to church, people still feel that life must have some kind of transcendent meaning, But what does this 'spirituality' consist of? In Spiritual and Religious Tom Wright argues that, whether people realize it or not, they are often simply reverting to forms of ancient paganism that are very similar to those that confronted the earliest Christians. With his characteristic verve and incisiveness, Wright traces the parallels between the worldviews of the first and twenty-first centuries, and shows how a better understanding of God as Trinity can breathe fresh life into our understanding and preaching of the gospel today. He concludes this prophetic book with a call to contemporary Christians to make a clear choice: 'Are we to compromise with paganism, to assimilate, to water down the distinctives of Christian faith in order to make it more palatable? Are we to retreat into dualism, into a private 'spiritual' religion which will assure us of an other-worldly salvation but which will leave the powers of the present world unchallenged...?Or are we to worship the God who is Father, Son and Spirit, and to find in that worship a renewed courage, a renewed sense of direction, and a renewed hope for the future?'
-Publisher