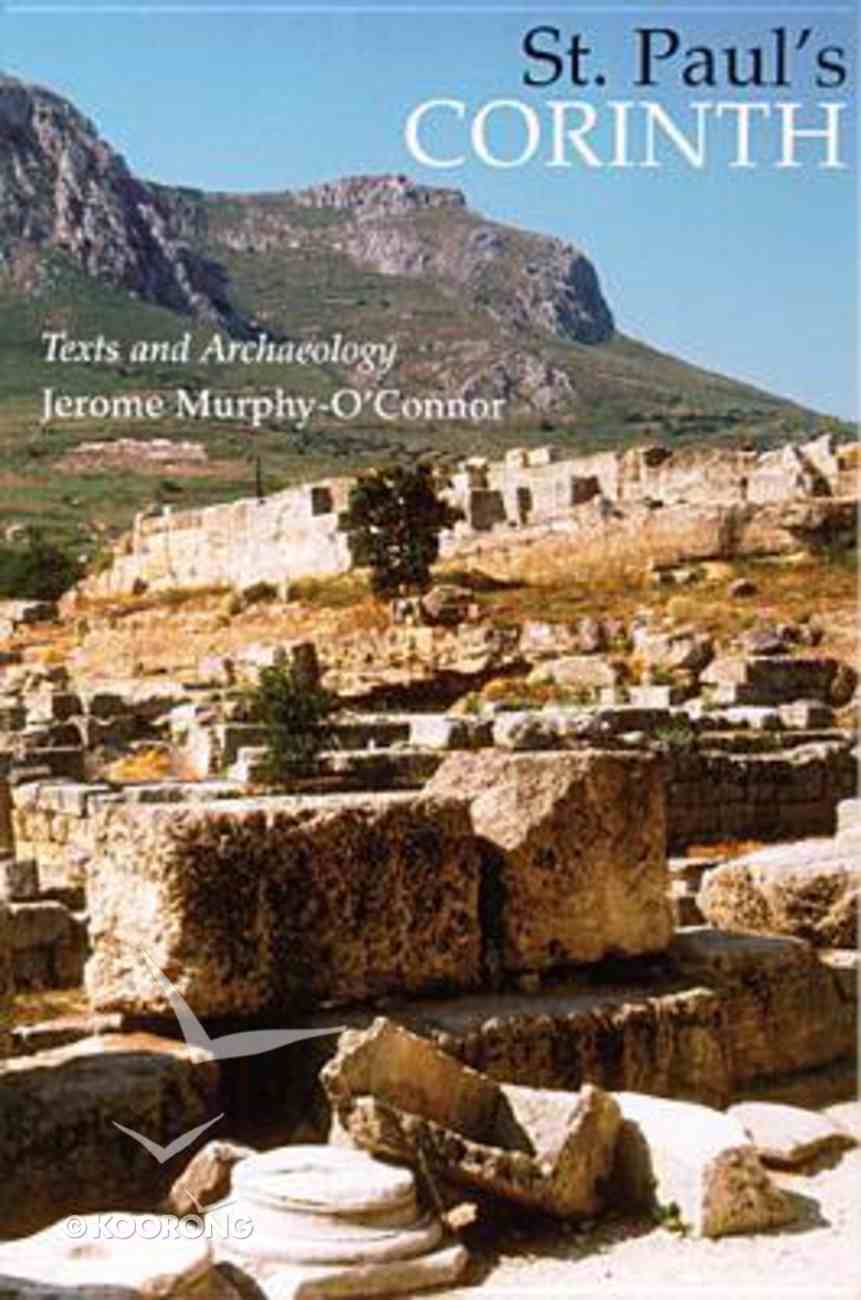 Corinth, one of the most fascinating centers of the early Christian movement, is explored both through literary and archeological means. In St. Paul's Corinth, the evidence of thirty-three Greek and Latin authors is arranged and presented chronologically from the first...

Available to Order
Expected to ship tomorrow from Australia.
Learn More
Free Shipping
for orders over $99.

Apostle of the Crucified Lord: A Theological Introduction to Paul and His Letters
Michael J Gorman
Paperback

Corinth, one of the most fascinating centers of the early Christian movement, is explored both through literary and archeological means. In St. Paul's Corinth, the evidence of thirty-three Greek and Latin authors is arranged and presented chronologically from the first century B.C.E. to the second century C.E.This third revised and expanded edition includes new textual and archaeological material based on continuing research on Corinth. The text of previous editions has been thoroughly revised in the interest of greater clarity and accuracy. The edition also includes updated maps and plans of the region.St. Paul's Corinth is divided into four parts. Part 1: The Ancient Texts includes "Pausanias, " "Antipater of Sidon, " "Polystratus, " "Cicero, " "Crinagoras, " "Diodorus Siculus, " "Strabo, " "Livy, " "Propertius, " "Vitruvius, " "Philo, " "Inscription Honouring lunia Theodora, " "Petronius Arbiter, " "Pliny the Elder, " "Epictetus, " "Flavius Josephus, " "Martial, " "Pseudo-Julian, " "Dio Chrysostom "Juvenal, " "Pliny the Younger, " "Suetonius, " "Appian, " "Florus, " "Aelius Aristides, " "Lucian, " "Apuleius, " "Gellius, " "Alciphron, " "Dio Cassius, " "Philostratus, " and "Athenaeus."Part 2: Paul in Corinth includes "The Edict of Claudius, " "The Proconsul Gallio, " and "After the Founding Visit."Part 3: Archaeology includes "House Churches and the Eucharist, " "Temple Banquets and the Body, " and "The Workplace and the Apostolate."Part 4: Corinthian Bronze includes "The Passion for Possessi of Corinthian Bronze, " "The Origins of Interest in Corinthian Bronze, " "Corinthian Bronze in Rome, " "How Was Corinthian Bronze Made?" "Recognizing an Authentic Corinthian Bronze, ""Corinthian Statues and Figurines, " "Utilitarian but Beautiful, " "Bronze Production in Roman Corinth."
-Publisher

Jerome Murphy-O'Connor is Professor of the New Testament at the Ecole Biblique et Archeologique Francaise, Jerusalem. He is a world expert on Paul, and a contributor both to the Oxford Companion to the Bible, and the forthcoming Oxford Bible Commentary.ý