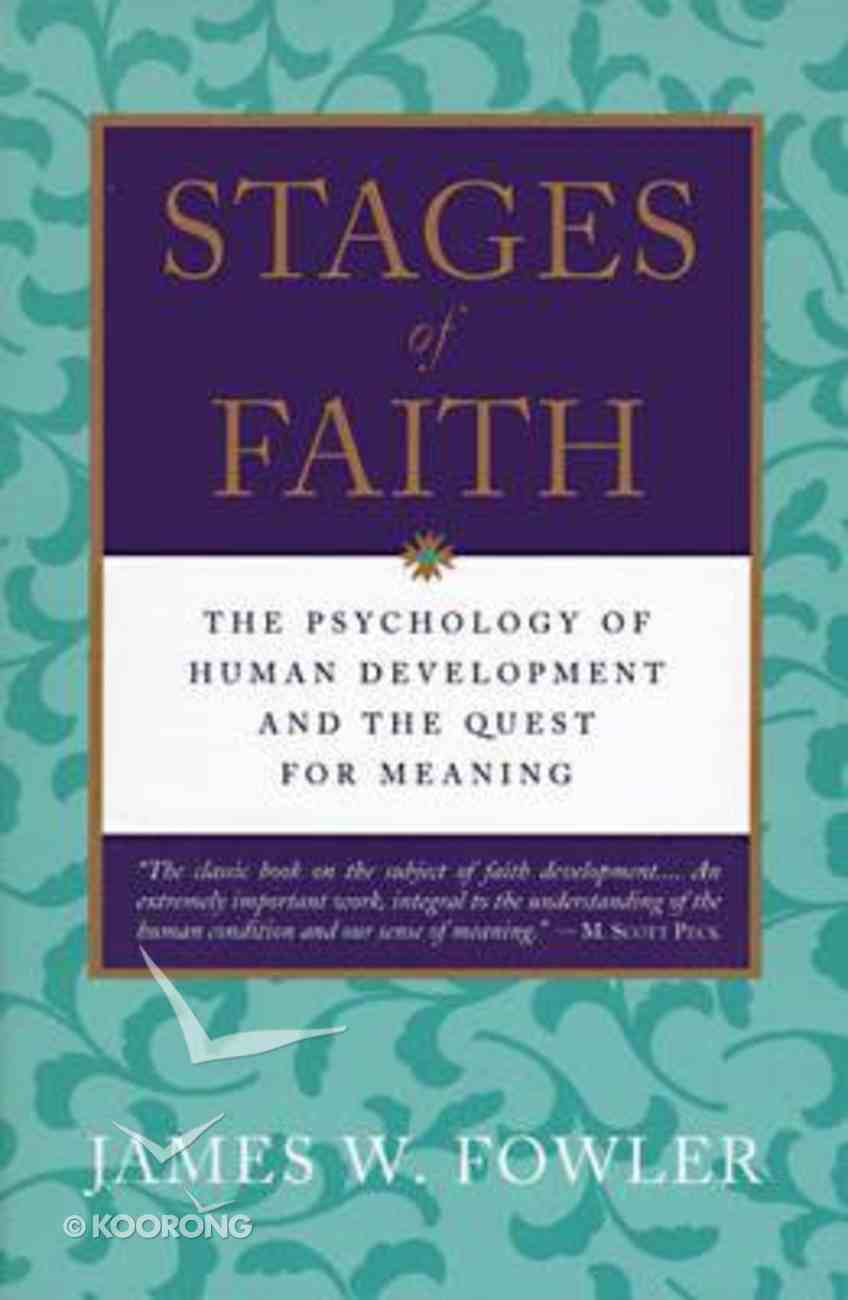 Now in paperback--the classic most cited in the field of psychology of religion that explores the developmental stages of faith and the reasons we find life worth living.

Now in paperback--the classic most cited in the field of psychology of religion that explores the developmental stages of faith and the reasons we find life worth living.
-Publisher

Dr. James Fowler has asked these questions, and others like them, of nearly six hundred people. He has talked with men, women, and children of all ages, from four to eighty-eight, including Jews, Catholics, Protestants, agnostics, and atheists. In many cases, the interviews became in-depth conversations that provided rare, intimate glimpses into the various ways our lives have meaning and purpose, windows into what this books calls faith.
Faith, as approached here, is not necessarily religious, nor is it to be equated with belief. Rather, faith is a person's way of leaning into and making sense of life. More verb that noun, faith is the dynamic system of images, values, and commitments that guide one's life. It is thus universal: everyone who chooses to go on living operated by some basic faith.


Building on the contributions of such key thinkers as Piaget, Erikson, and Kohlberg, Fowler draws on a wide range of scholarship, literature, and firsthand research to present expertly and engagingly the six stages that emerge in working out the meaning of our lives--from the intuitive, imitative faith of childhood through conventional and then more independent faith to the universalizing, self-transcending faith of full maturity. Stages of Faith helps us to understand our own pilgrimage of faith, the passages of our own quest for meaning and value.

Fowler is Charles Howard Chandler Professor of Theology and Human Development and Director of Emory University's Center for Ethics in Public Policy and the Professions.

Finally Free: Fighting For Purity With the Power of Grace
Heath Lambert
Paperback