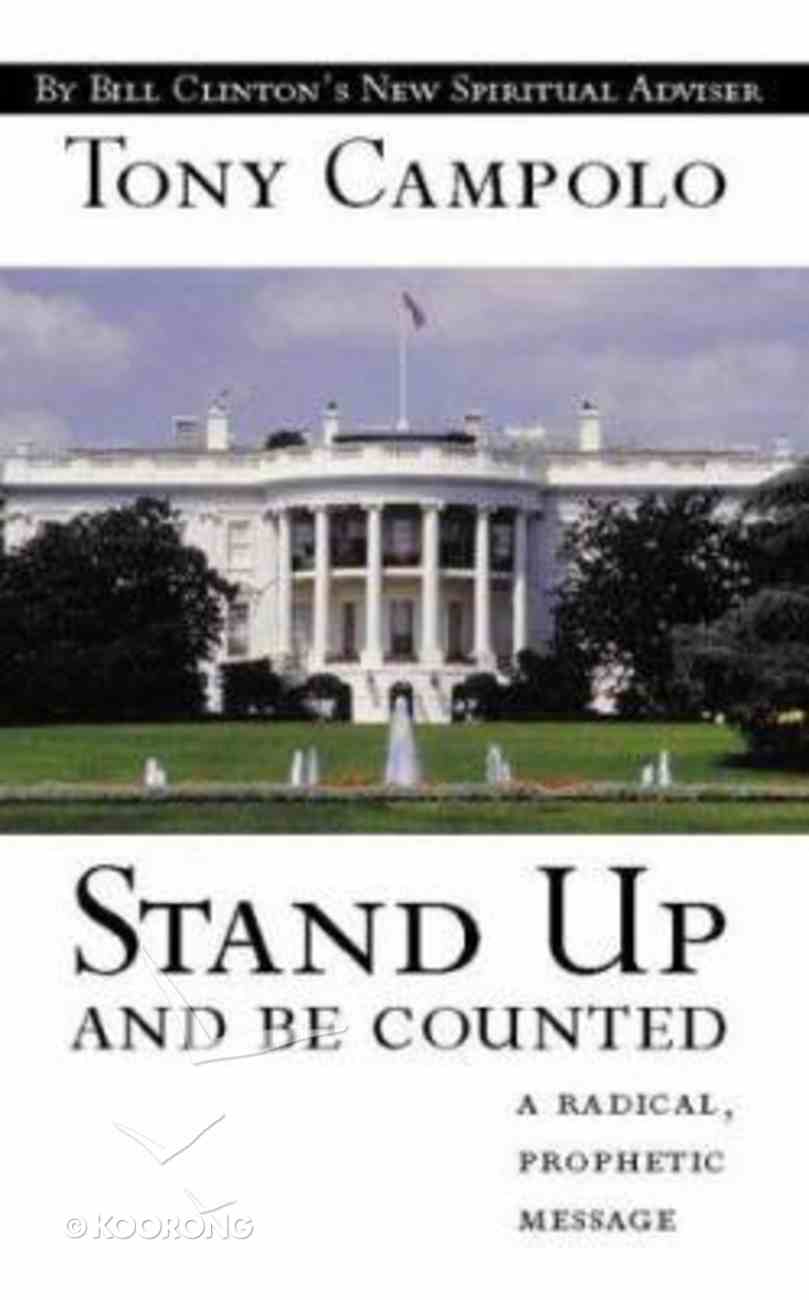 Stand Up and Be Counted

NEW - BIG PIC Tony Campolo We can make a difference to the world, and in the process ourlives will be transformed, says Tony Campolo. But have welost the drive to transform the world for the better? Are ourlives different...

Let Me Tell You a Story
Tony Campolo
Paperback

Let Me Tell You a Story
Tony Campolo
eBook

NEW - BIG PIC Tony Campolo We can make a difference to the world, and in the process ourlives will be transformed, says Tony Campolo. But have welost the drive to transform the world for the better? Are ourlives different from our non-believing neighbours? Do westand out because were Christians? Campolo will here inspreyou to take an intellectual and practical interest in yoursurroundingsin order to work for change. In his inimitablestyle, he provides plenty of motivating examples ofChristians who are getting down to the business of buildingthe Kingdom of God. From MarshallPickering.

This volume asks questions such as: has the spirit of idealism departed ^from the collective consciousness without people being aware of it^can it be that, in an era when religion has become one of the most ^prominent features of a culture, people have lost their guiding inner ^light and lofty calling^and if people have become a people of dry bones, can these dry bones ever ^rise up and walk again.^Tony Campolo wants to talk to the reader about the spiritual condition of ^the West, and to examine what has been happening over the last few ^decades. There is a sense of something being lost. But there is a strange ^and mysterious force at work in the world.^This force is a spirit that will give birth to a new and different West, ^with a new and different faith. It has a dynamism that will sweep away the ^lethargy that seems to beset people on every side. It is a spirit that, in ^the words of the Apostle Paul, is "with us, and in us", struggling to ^take form and to fan the dying embers of the Western nations back to life ^again. It is a spirit that will overcome the feeling of living at the ^beginning of the end, and will make people believe that, in reality, they ^are facing a new beginning.^This book is not only about what has been lost. It is also about the "new ^thing" God is doing, and it is an invitation for the reader to be a part ^of it. Other books by Tony Campolo include "The Kingdom of God is a ^Party", "Things We Wish We Had Said: Reflections of a Father and His ^Grown Son", "20 Hot Potatoes Christians are Afraid to Touch", "Seven ^Deadly Sins", "Who Switched the Price Tags", "Partly Right: ^Christianity Responds to Its Critics", "It's Friday, but Sunday's ^Comin'", "You Can Make a Difference", "The Power Delusion", "A ^Reasonable Faith: Responding to Secularism", "Ideas for Action: a ^Handbook on Mission and Service for Young People", "The Success ^Fantasy" and "A Denomination Looks at Itself".
-Publisher