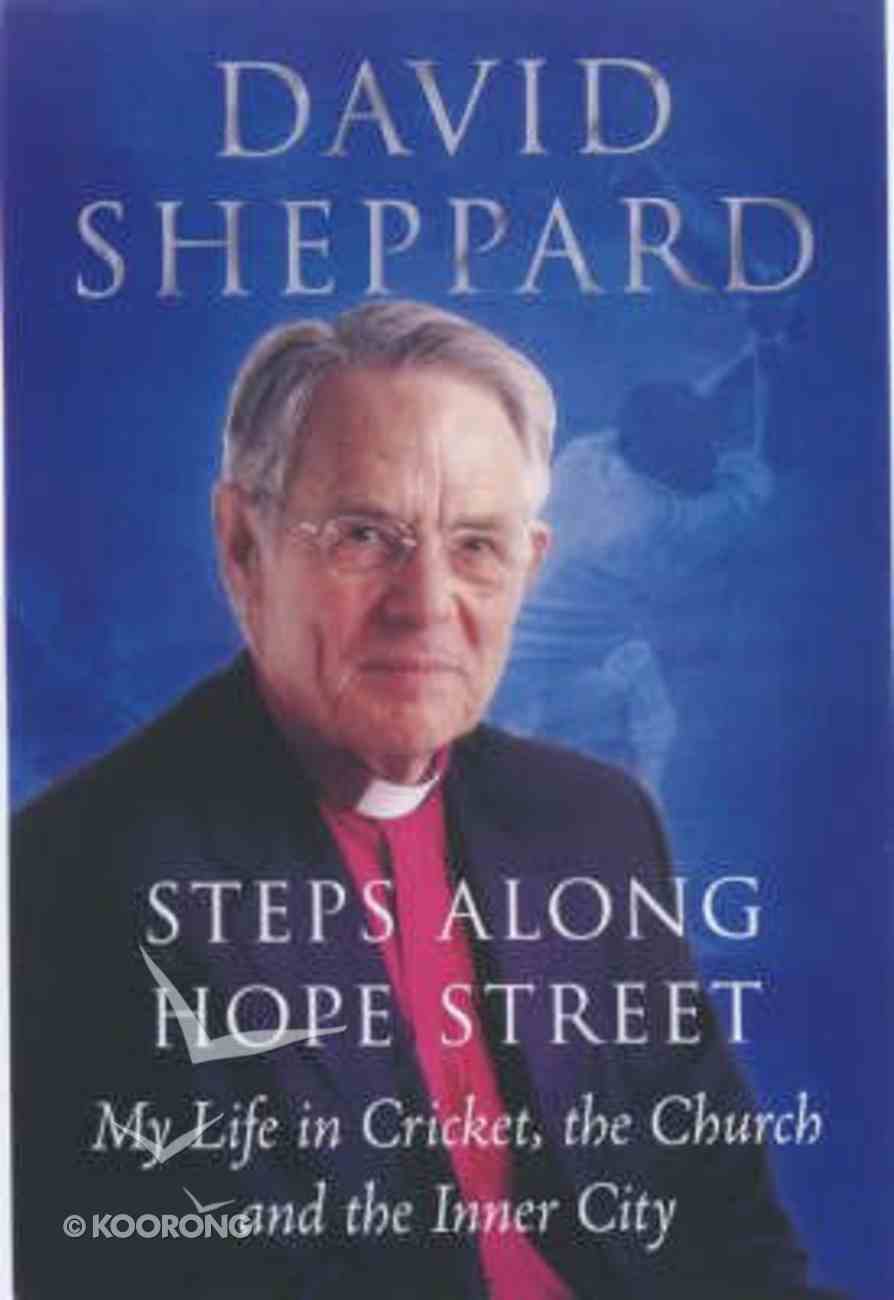 There is no doubt that among Anglican Bishops, David Sheppard's particular blend of interests ensures that his reputation as a leading Bishop will be a lasting one. Many will remember him first and foremost as a former English cricket captain,...

Walking to Jerusalem: Blisters, Hope and Other Facts on the Ground
Justin Butcher
Hardback

Behind the Laughter: A Comedian's Tale of Tragedy and Hope
Anthony Griffith, Brigitte Travis-griffin
Hardback

There is no doubt that among Anglican Bishops, David Sheppard's particular blend of interests ensures that his reputation as a leading Bishop will be a lasting one. Many will remember him first and foremost as a former English cricket captain, peculiar in his combination of dedicated cleric and outstanding sportsman. Others will recall his ecumenical strengths and his partnership with the Roman Catholic Archbishop, Derek Worlock, when they were both incumbents in Liverpool. But perhaps his most unique quality, which has made him such a strong personality in the Church, is his concern for the poor and disadvantaged and his refusal to collude with Westminster politics. David Sheppard has always believed that speaking out for the poor is a central part of his ministry, and 20 years on Merseyside only served to reinforce that fundamental commitment.;From early days at the Mayflower in Canning Town, London, to Woolwich and later to Liverpool this is the story of a man struggling creatively with his world and his God. In many ways, it is a lonely, restless life as for any pioneering individual who refuses to be labelled or to adopt easy options. Uncomfortable with theological stereotypes, uneasy with Westminster's policies, always concerned to cut through comfortable Britain, this is the life of a remarkable man and an account of the Church and politics in the second half of the 20th century.
-Publisher

Many will remember David Sheppard first and foremost as a former English cricket captain, peculiar in his combination of dedicated cleric and outstanding sportsman, but his time as Bishop of Liverpool in particular has been eventful and inspiring.
-Publisher