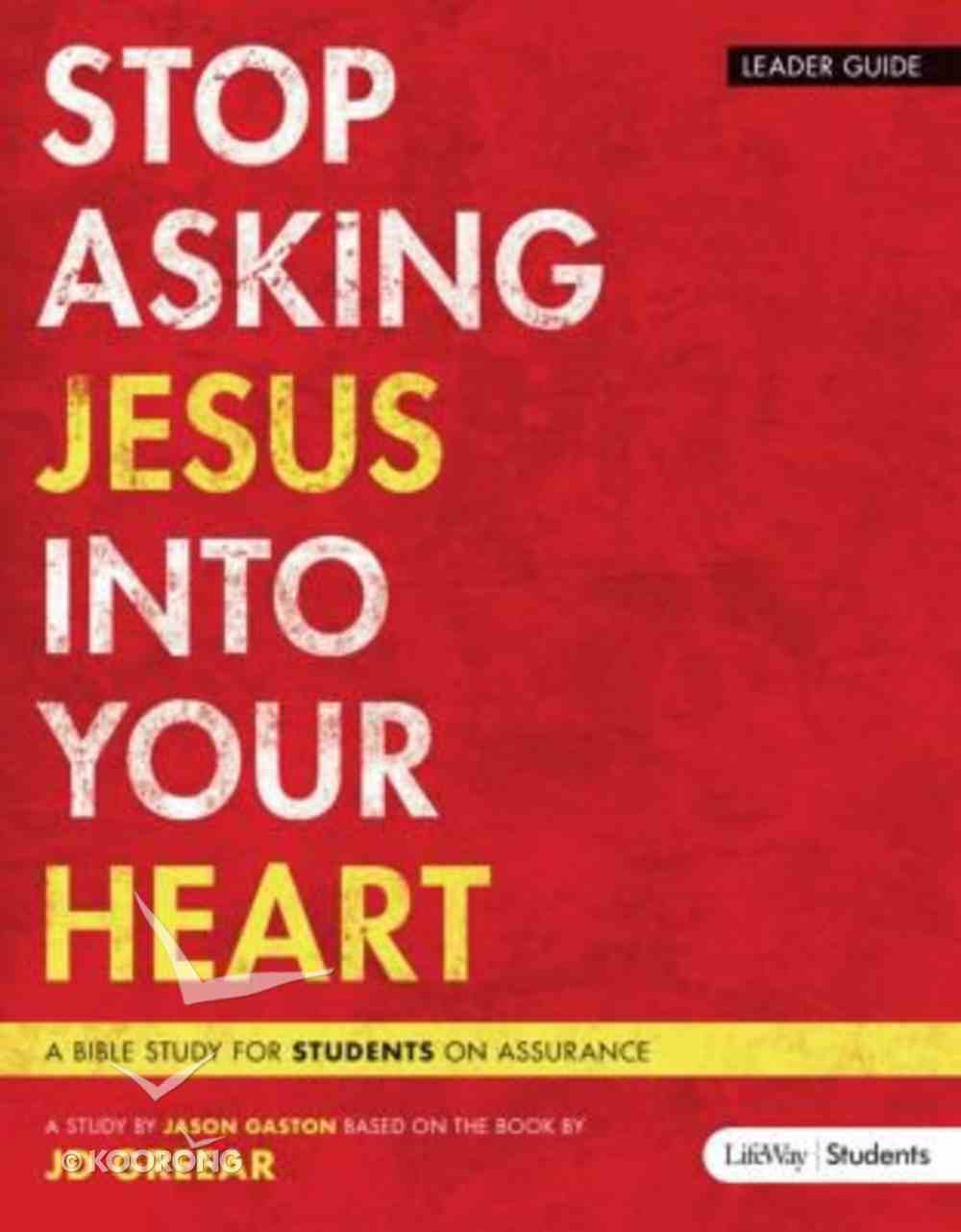 Many students struggle with assurance of salvation. Despite God s desire that they be fully assured of their place with Him, students still struggle to to know that they belong to Jesus and He belongs to them. This six-session study...

What You Need to Know About Salvation
Max Anders
eBook

Many students struggle with assurance of salvation. Despite God s desire that they be fully assured of their place with Him, students still struggle to to know that they belong to Jesus and He belongs to them. This six-session study based on the book by author and pastor J.D. Greear will help students find assurance that can seem so elusive. They will understand that salvation isn t about just saying a prayer, walking an aisle, or holding up their hand. They will understand that salvation rests solely on their response of repentance and faith toward the finished work of Christ.Benefits: Students will know that God wants them to be assured of their relationship with Him.Help students find true assurance of their salvation.Provide students with clear understanding of belief and repentanceProvide straightforward answer to the question of can a person lose their salvation


Author: JD Greear At the age of 27, J.D. Greear became the pastor of a 40-year-old neighborhood church. In the 9 years since, that congregation of 400 has grown to over 5000 in weekly attendance. Today, the Summit Church, located in Raleigh-Durham, NC is recognized as one of the fastest growing churches in North America.


As a teacher, J.D.'s messages aren't intended to just show people how to live better lives. His goal is to leave people in awe of the amazing love of God. Because of his belief in the power of the gospel, J.D. has led the Summit to set a goal of planting more than 1000 gospel-centered churches in the next 40 years.


J.D. holds a Ph.D in Systematic Theology from the Southeastern Baptist Theological Seminary. He also lived and worked among Muslims in Southeast Asia for two years and wrote Breaking the Islam Code. J.D. and his beautiful wife, Veronica, have four ridiculously cute kids, Kharis, Alethia, Ryah, and Adon.


Unless God calls him elsewhere, J.D. plans on staying at the Summit Church until he preaches his last sermon at his own funeral before saying goodbye and hopping into the casket.


Jason Gaston Jason is the student pastor at The Summit Church, located in Raleigh-Durham, North Carolina, and recognized as one of the fastest growing churches in North America. Jason received a Master's degree from Southeastern Baptist Theological Seminary in Wake Forest, North Carolina, and has been in full-time student ministry for eleven years. Jason's desire is to see a generation of students transformed by the gospel and living out that mission both locally and globally. Jason and his wife, Katie, are the parents of three children: Holt, Annie and Parks."

Get Your Life Back: Everday Practices For a World Gone Mad (Study Guide)
John Eldredge
Paperback