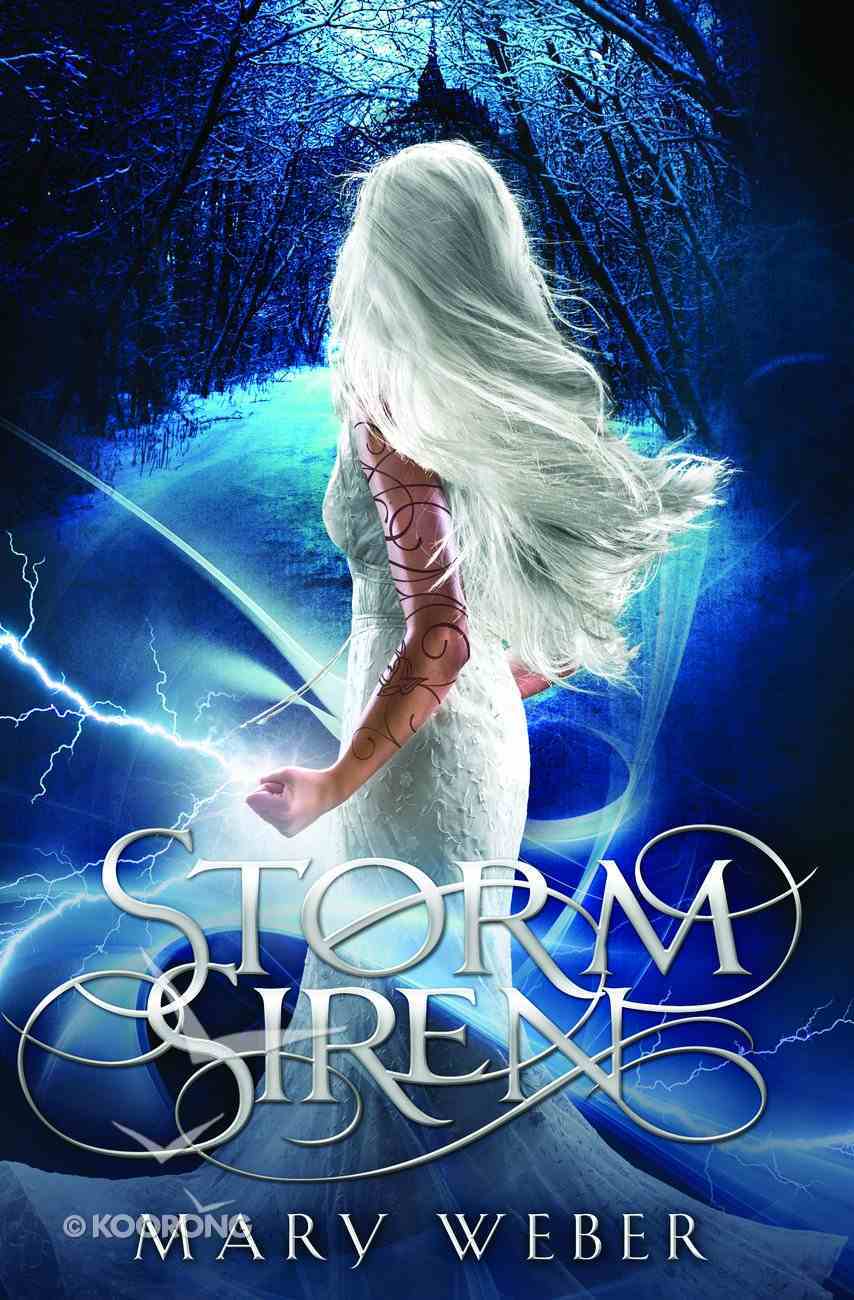 ?There are few things more exciting to discover than a debut novel packed with powerful storytelling and beautiful language. Storm Siren is one of those rarities. I'll read anything Mary Weber writes. More, please!? ?JAY ASHER, New York Times bestselling...

?There are few things more exciting to discover than a debut novel packed with powerful storytelling and beautiful language. Storm Siren is one of those rarities. I'll read anything Mary Weber writes. More, please!? ?JAY ASHER, New York Times bestselling author of Thirteen Reasons Why?Storm Siren is a riveting tale from start to finish. Between the simmering romance, the rich and inventive fantasy world, and one seriously jaw-dropping finale, readers will clamor for the next book?and I'll be at the front of the line!? ?MARISSA MEYER, New York Times bestselling author of the Lunar Chronicles?I raise my chin as the buyers stare. Yes. Look. You don?t want me. Because, eventually, accidentally, I will destroy you.?As a slave in the war-weary kingdom of Faelen, seventeen-year-old Nym isn?t merely devoid of rights, her Elemental kind are only born male and always killed at birth?meaning, she shouldn?t even exist.Standing on the auction block beneath smoke-drenched mountains, Nym faces her fifteenth sell. But when her hood is removed and her storm-summoning killing curse revealed, Nym is snatched up by a court advisor and given a choice: be trained as the weapon Faelen needs to win the war or be killed.Choosing the former, Nym is unleashed into a world of politics, bizarre parties, and rumors of an evil more sinister than she's being prepared to fight ... not to mention the trainer whose dark secrets lie behind a mysterious ability to calm every lightning strike she summons.But what if she doesn?t want to be the weapon they've all been waiting for?Set in a beautifully eclectic world of suspicion, super abilities, and monsters, Storm Siren is a story of power. And whoever controls that power will win.?Readers who enjoyed Marissa Meyer's Cinder series will enjoy this fast-paced fantasy which combines an intriguing story line with as many twists and turns as a chapter of Game of Thrones!? ?Dodie Owens, Editor, School Library Journal Teen?Weber builds a fascinating and believable fantasy world. Inventive and entertaining.? ?Kirkus Reviews?[F]antasy readers will feel at home in Weber's first novel ... a detailed backdrop and large cast bring vividness to the story.? ?Publishers Weekly?Readers will easily find themselves captivated. The breathtaking surprise ending is nothing short of horrific, promising even more dark and bizarre adventures to come in the Storm Siren trilogy.? ?RT Book Reviews, 4 stars
-Publisher

Mary Weber is a ridiculously uncoordinated girl plotting to take over make-believe worlds through books, handstands, and imaginary throwing knives. In her spare time, she feeds unicorns, sings 80's hairband songs to her three muggle children, and ogles her husband who looks strikingly like Wolverine. They live in California, which is perfect for stalking L.A. bands, Joss Whedon, and the ocean. Twitter: @mchristineweber Facebook: marychristineweber

The Tale of a Boy, a Troll, and a Rather Large Chicken (#02 in Jackson Jones Series)
Kelly Jenn
Paperback