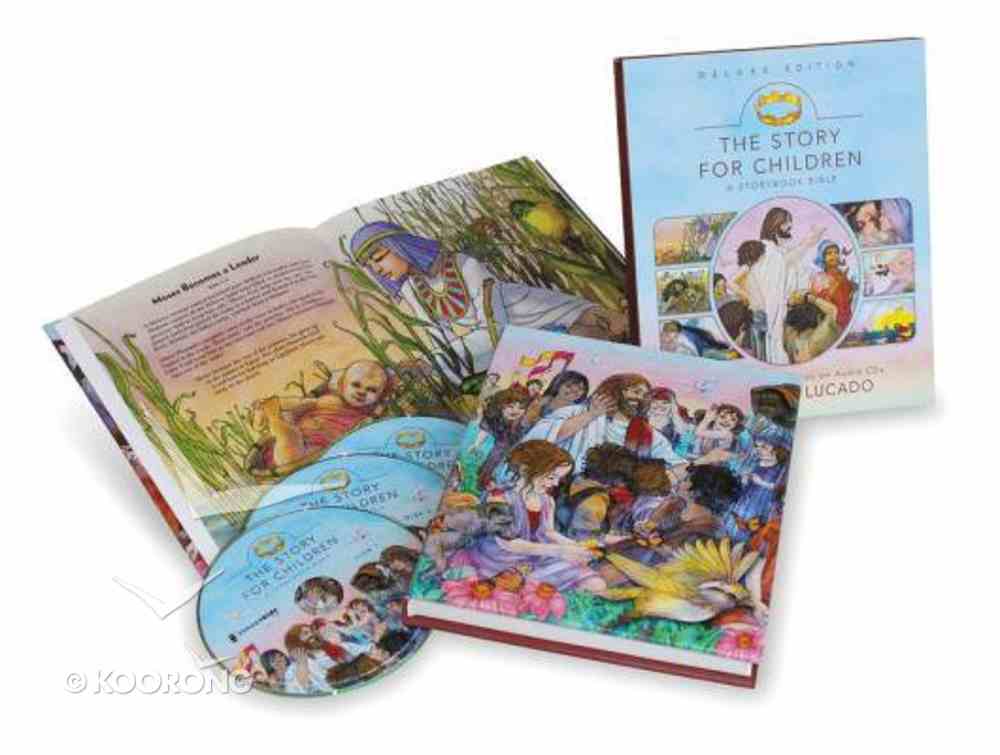 Written by pastor and bestselling author Lucado, along with Randy Frazee and Karen Hill, this is a timeless collection of 48 pivotal Bible stories that portray the Bible not as a random set of adventures, but as The StoryNthe big...

Written by pastor and bestselling author Lucado, along with Randy Frazee and Karen Hill, this is a timeless collection of 48 pivotal Bible stories that portray the Bible not as a random set of adventures, but as The StoryNthe big picture of God's enormous love for his children. This deluxe edition comes with a slipcase and three enhanced CDs narrated by Lucado.
-Publisher

Bible Storybook: From the Bible App For Kids
Hardback