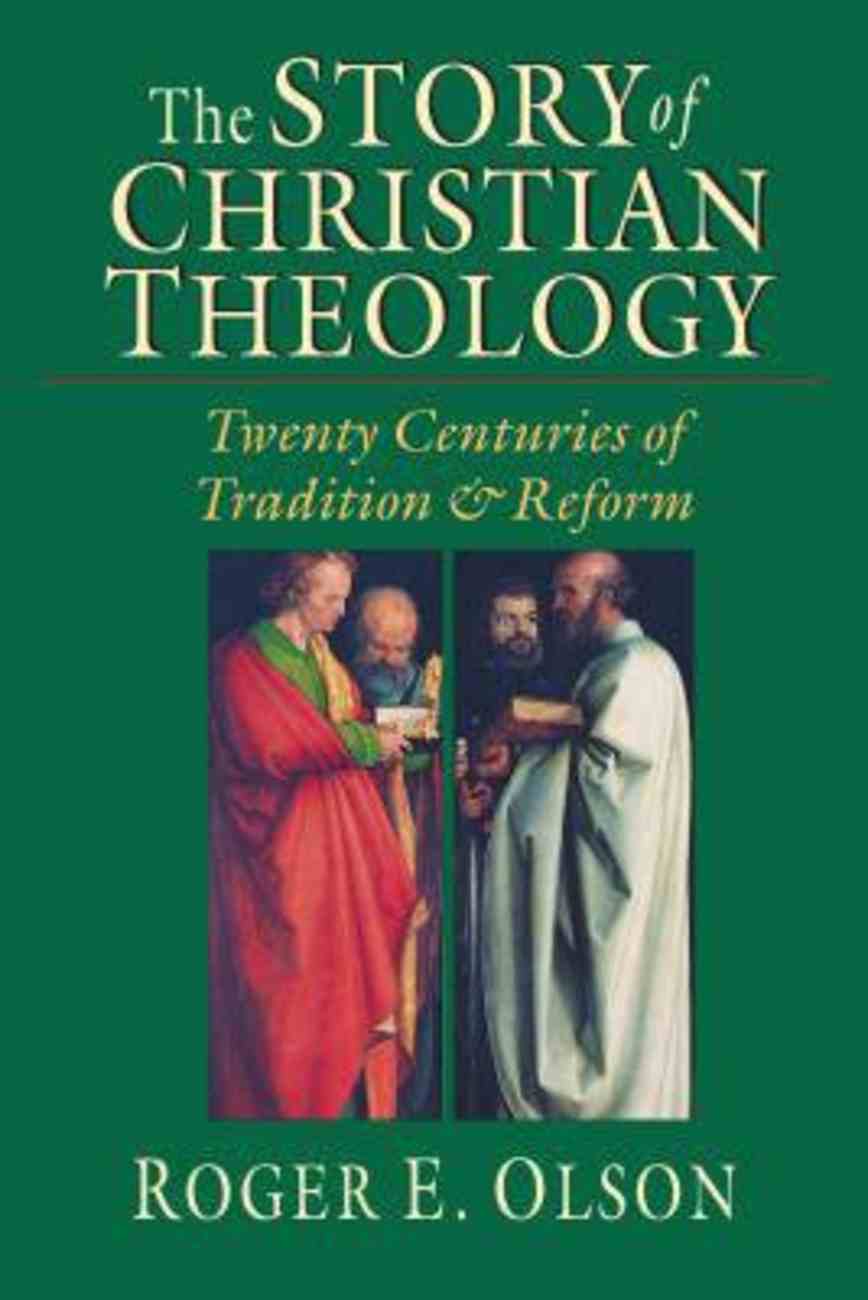 Story of Christian Theology ,The

Voted a 2000 Book of the Year by Christianity Today! Winner of a year 2000 ECPA Gold Medallion Award! History is made up of stories--narratives that recount the events, movements, ideas and lives that have shaped religions and...

The Story of Creeds and Confessions: Tracing the Development of the Christian Faith
Donald Fairbairn, Ryan Matthew Reeves
Paperback

From Jerusalem to Timbuktu: A World Tour of the Spread of Christianity
Brian Stiller
Paperback

Voted a 2000 Book of the Year by Christianity Today!

History is made up of stories--narratives that recount the events, movements, ideas and lives that have shaped religions and nations. Theologian Roger Olson believes that the history of Christian theology should be told as such a story, one replete with thick plots, exciting twists, interesting people and fascinating ideas.

In this panoramic work of historical theology Olson vividly recounts the deeds and words of the cultists and apostolic fathers of the second century, the clash between the theological schools of Alexandria and Antioch, the epochal division between East and West, the revolutionary advent of the Reformation and much more, right on up to the dazzling, sometimes dismaying fallout that has continued to shake Christians through the twentieth century. Through it all Olson detects and traces a common thread: a concern for salvation--God's redemptive activity in forgiving and transforming sinful human beings.

Evenhanded, refreshingly readable, impressive in its breadth and depth, The Story of Christian Theology is poised to become a standard historical theology text.
-Publisher

2000 GOLD MEDALLION WINNER Olson offers an engaging perspective of historical theology, presenting it in vivid narrative form. His panoramic work recounts the deeds of cultists and apostolic fathers of the second century, the clash between the theological schools of Alexandria and Antioch, the revolutionary advent of the Reformation, and more. Throughout, Olson traces a common thread: a concern for salvation.
-Publisher

Roger E. Olson (Ph.D., Rice University) is professor of theology at George W. Truett Theological Seminary of Baylor University in Waco, Texas. He is the author of The Story of Christian Theology: Twenty Centuries of Tradition and Reform, The Mosaic of Christian Belief: Twenty Centuries of Unity and Diversity, and the editor of The Westminster Handbook to Evangelical Theology He is also co-author of 20th-Century Theology: God and the World in a Transitional Age and Who Needs Theology? An Invitation to the Study of God (both with the late Stan Grenz.
His most recent publications are Questions to All Your Answers: The Journey from Folk Religion to Examined Faith(Zondervan, 2007), The Pocket History of Evangelical Theology (InterVarsity Press, 2007), How to Be Evangelical without Being Conservative (Zondervan, 2008), Finding God in the Shack: Seeking Truth in a Story of Evil and Redemption (InterVarsity Press, 2009) and Universal Salvation: the Most Appealing Heresy (InterVarsity Press)
Koorong - Editorial Review.