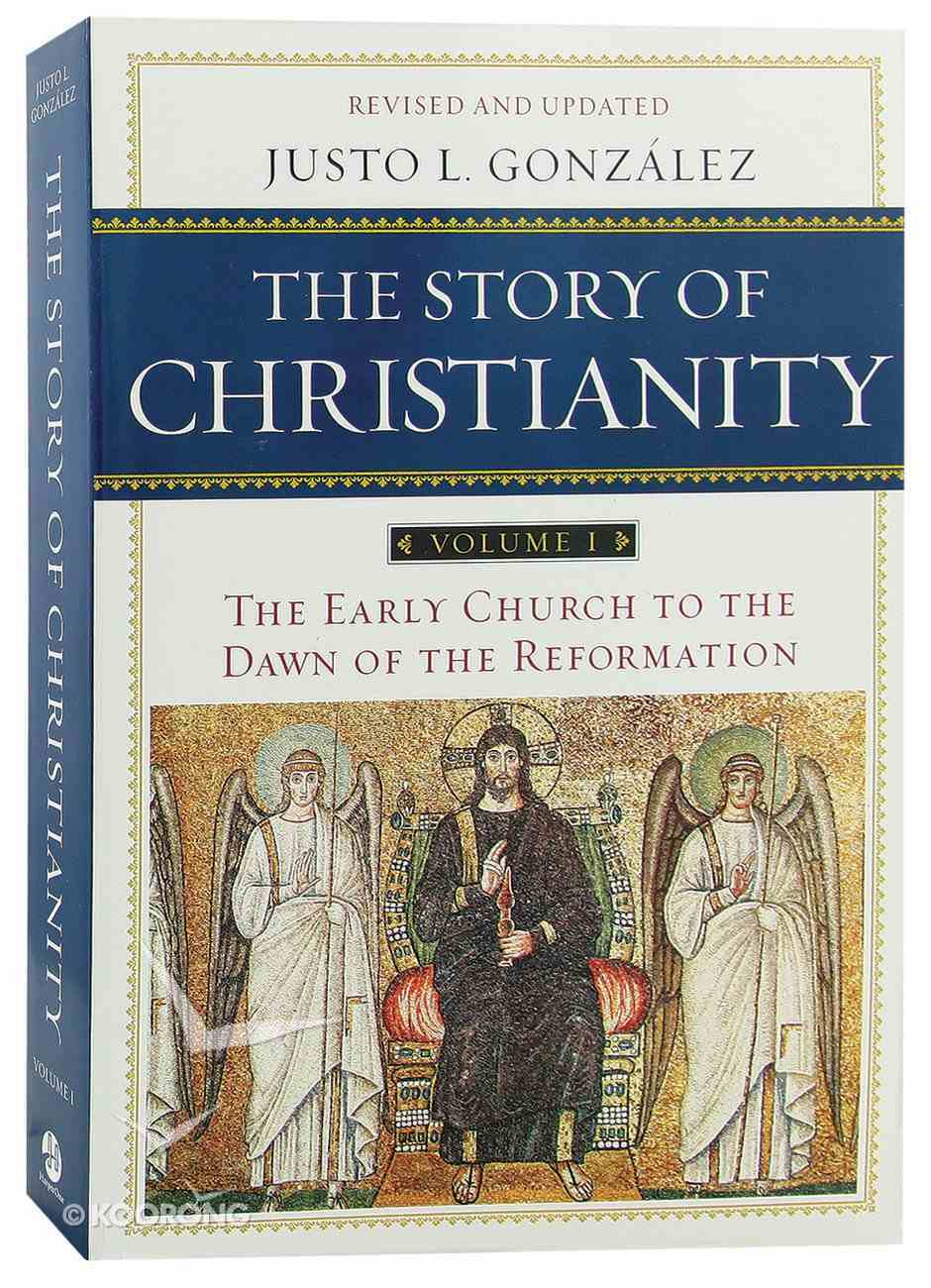 In this fully revised and updated edition, the lauded church historian Justo GonzÁlez tells the story of Christianity from its fragile infancy to its pervasive dominance at the dawn of the Protestant Reformation. The Story of Christianity, volume 1, relates the dramatic events, the colorful characters, and the revolutionary ideas that shaped the first fifteen centuries of the church's life and thought.


From Jesus's faithful apostles to the early reformist John Wycliffe, GonzÁlez skillfully weaves details from the lives of prominent figures tracing core theological issues and developments within the various traditions of the church. The Story of Christianity demonstrates at each point what new challenges and opportunities faced the church and how Christians struggled with the various options open to them, thereby shaping the future direction of the church.


This new edition of The Story of Christianity incorporates recent archaeological discoveries to give us a better view of the early Christian communities. Among these are advances in the recovery of Gnostic texts that have revealed a richer diversity of "Christianities" in the first century. GonzÁlez also includes important research done in the past twenty-five years revealing the significant role of women throughout the history of the church.

Marvellous Melbourne and Spiritual Power: A Christian Revival and Its Lasting Legacy
Will Renshaw
Paperback