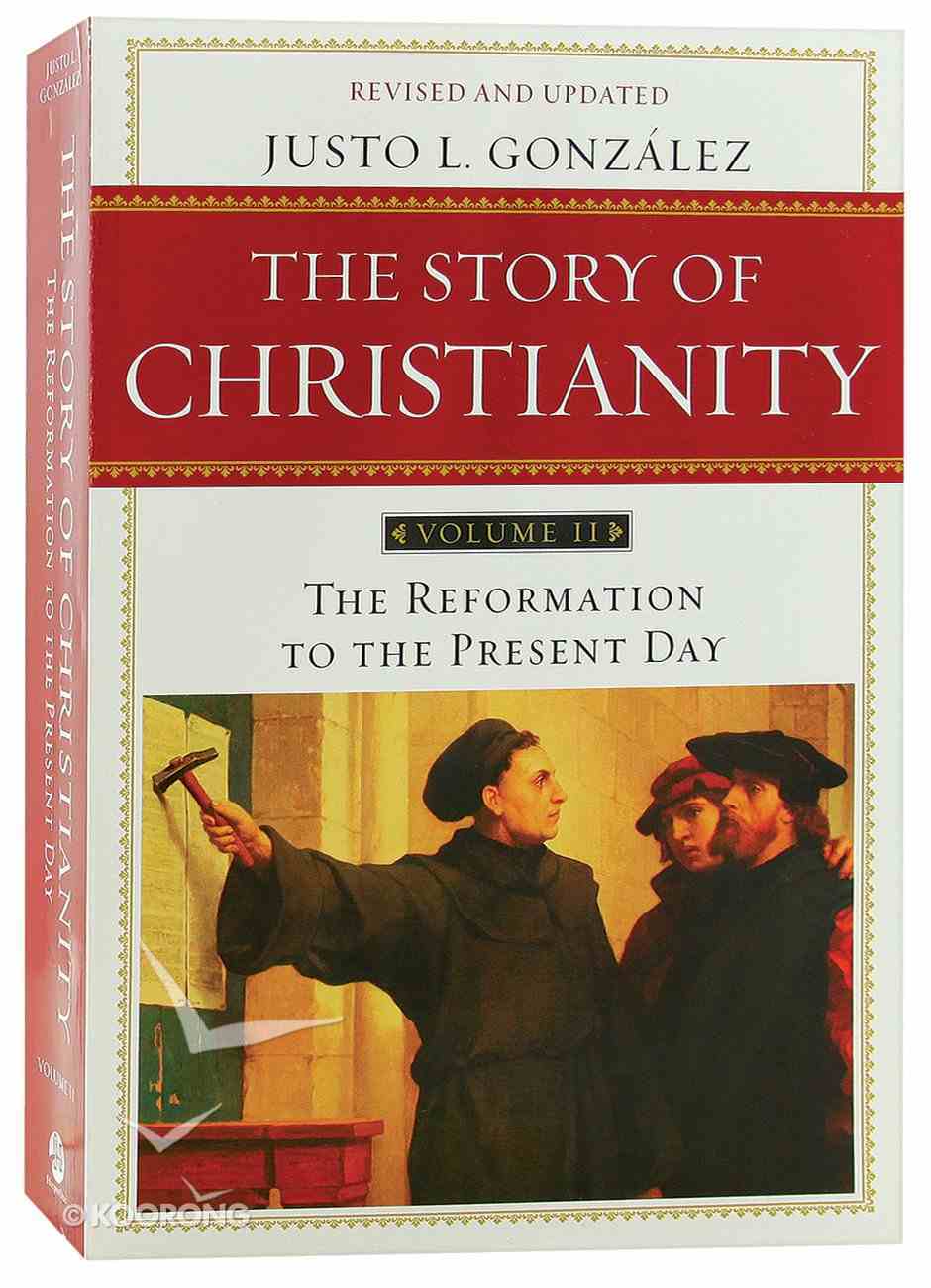 Beginning with the Protestant Reformation of the sixteenth century, this fully revised and updated second volume of The Story of Christianity continues the marvelous history of the world's largest religion. Award-winning historian Justo Gonzalez bring to life the people, dramatic events, and theological debates that have shaped Protestantism, Catholicism, and Orthodoxy. From the monk Martin Luther, who dared to stand up to a corrupt pope, to the surprising spread and growing vitality of today's church in Africa, Asia, and South America, The Story of Christianity offers a complete and up-to-date retelling of this amazing history.


With new information on the important contributions of women to church history as well as the latest information on Christianity in developing countries, Gonzalez's richly textured study discusses the changes and directions of the church up to the twenty-first century. The Story of Christianity covers such recent occurrences as the fall of the Soviet Union and the return of the Russian Orthodox Church; feminist, Africa-American, and Third-World theologies; the scandals and controversies facing the reign of Pope Benedict XVI; interfaith dialogue; and the movement toward unity of all Christian churches. This revised and updated edition of The Story of Christianity concludes with a thoughtful look at the major issues and debates facing Christianity today.