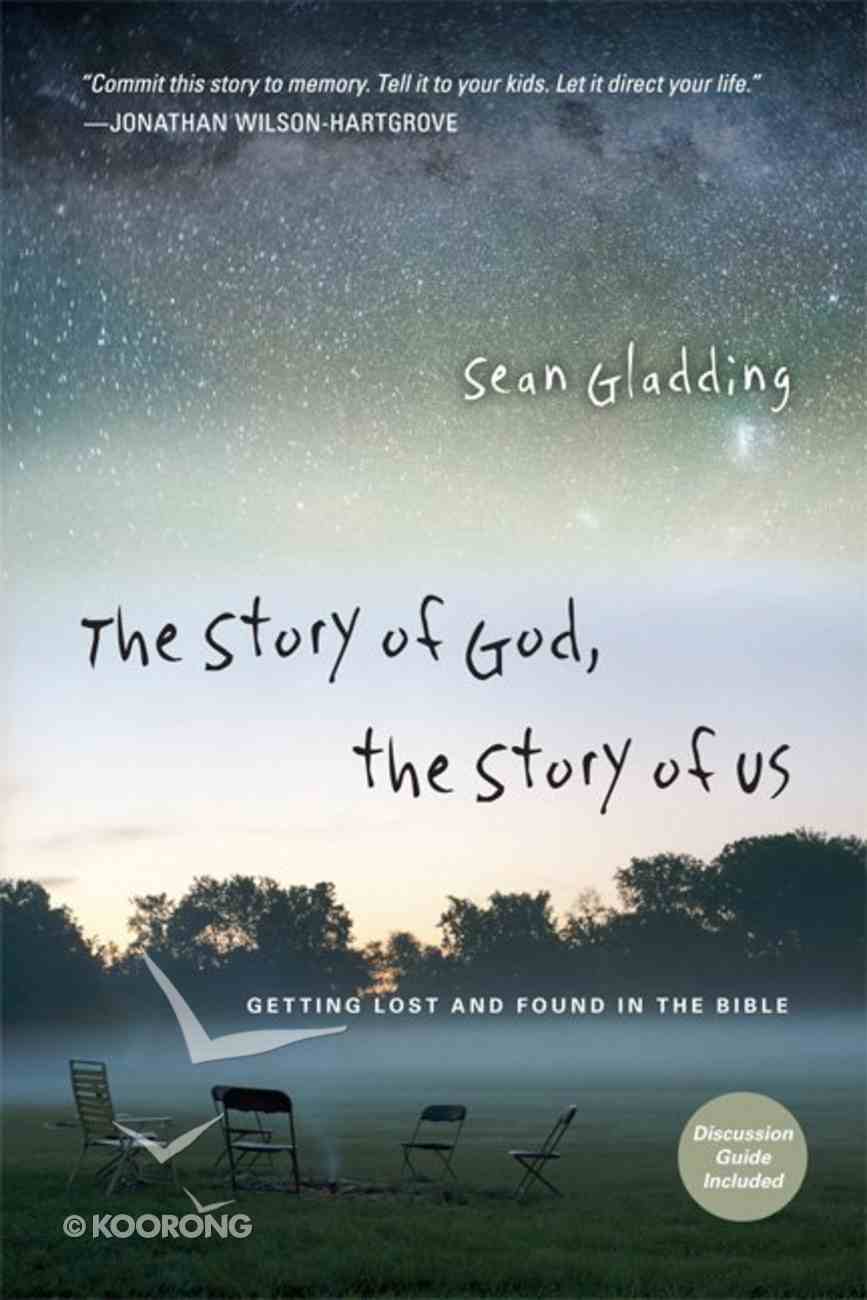 Story of God, the Story of Us, the

"The ever present ache of exile rises above the comforting sounds of the river, as the image of the house of the LORD in ruins breaks the peace. . . . Despite the warmth of the fire, he feels a...

Shaped By the Story: Discover the Art of Bible Storying
Michael Novelli
eBook

This Beautiful Book: An Exploration of the Bible's Incredible Story Line and Why It Matters Today
Steve Green, Bill High
Hardback

Saving the Bible From Ourselves
Glenn R Paauw
Paperback

The Heart of the Story
Randy Frazee, Max Lucado
eBook

"The ever present ache of exile rises above the comforting sounds of the river, as the image of the house of the LORD in ruins breaks the peace. . . . Despite the warmth of the fire, he feels a chill. He wraps his cloak around him and looks into the eager faces of his people, then closes his eyes. 'Picture this scene . . .'"
^^Before the Bible was a book, it was flesh and blood.


^^In this book, you can travel with Sean Gladding between the lines of the Scriptures to listen in on the conversations of people wrestling with the Story of God for the first time. Whether sitting around a campfire in Babylon, reclining at table in Asia Minor or huddled together by candlelight in Rome, you'll encounter a tale that is at once familiar and surprising.


^^The Story of God, the Story of Us can be read alone but is especially rich shared with a group. Sean Gladding presents an account of the Bible that pays attention to its audience as well as its message. He introduces you to people who may remind you of yourself or your family, friends and coworkers. As much as the Bible is a story about God, it's also a story about you--and all of us--as we encounter God in a new way.^^

Originally hailing from Norwich, England, Sean Gladding has made his home in the U.S. for the last two decades, where he has served in various forms of pastoral ministry, getting around on his '84 Ironhead Sportster. During his time at Asbury Theological Seminary he first encountered the concept of the metanarrative of scripture, an experience that has deeply shaped his life.


His first book, The Story of God, the Story of Us, has its origins in a Bible study Sean led during a summer internship at Mercy Street, a church in Houston, Texas, for people in recovery from addiction and from bad church experiences--often both. Sean went on to co-pastor Mercy Street for seven years, during which time he and his wife Rebecca narrated the "Story of God" with people who had never heard it before or who had only heard a fragmented version. Hearing the "Story" with both the enfranchised and those on the margins has continually deepened their understanding of scripture, and shaped their lives and the way they tell the "Story."


Over the years they have made "The Story of God" narrative freely available to anyone who wanted to use it. The "Story" has been told in homes, churches, college campuses, coffee shops, pubs and laundromats, spread over five continents.


Sean and Rebecca have two children. After their time with Mercy Street they returned to Lexington, Kentucky, to rejoin friends at Communality--part of the family of New Monastic communities--where they are seeking the welfare of the city.