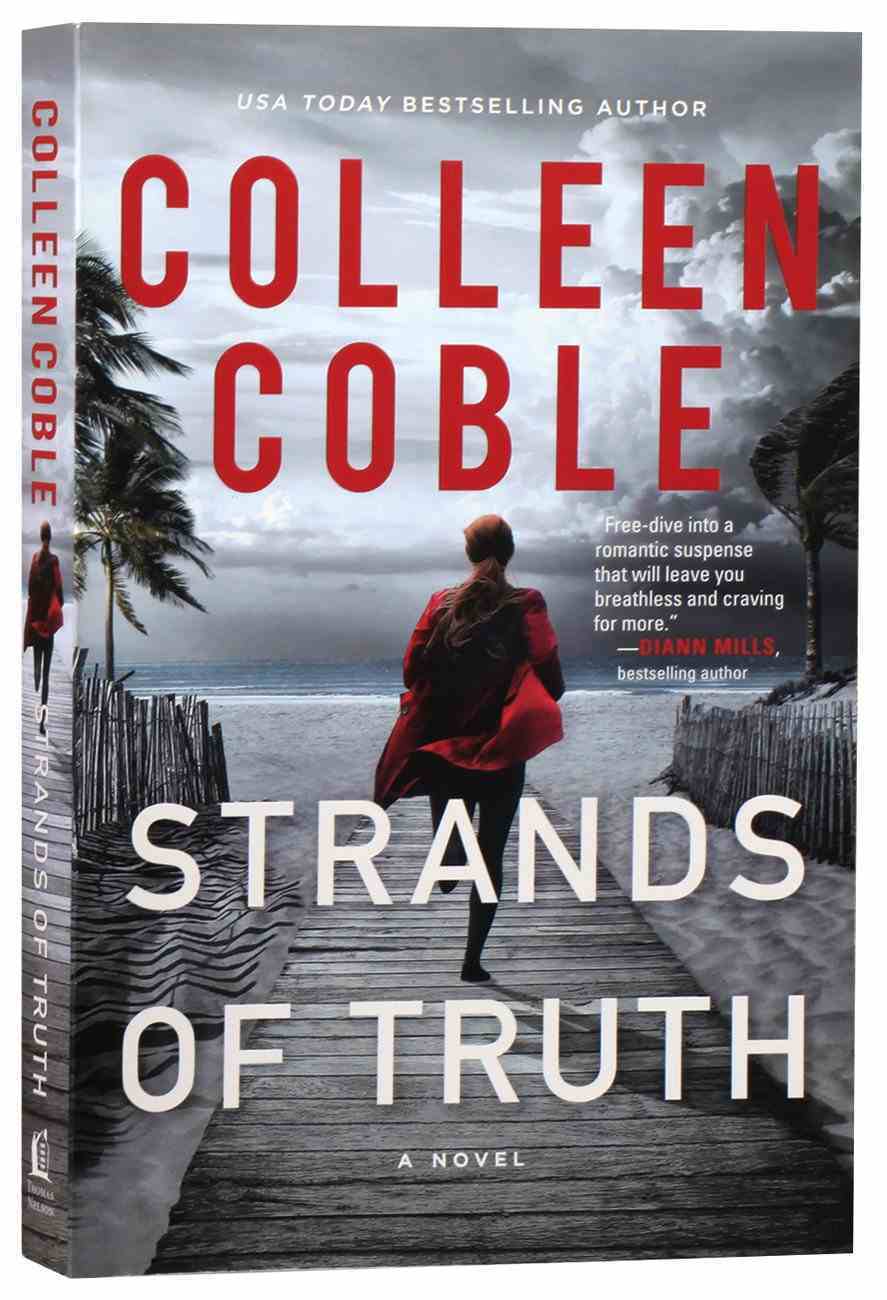 SUMMARY: Harper Taylor is used to being alone, but she's never stopped wishing for a family of her own. So, when a DNA test reveals a half-sister living just two hours away, more questions abound. Suspense, romance, and secrets...

Harper Taylor is used to being alone, but she's never stopped wishing for a family of her own. So, when a DNA test reveals a half-sister living just two hours away, more questions abound. Suspense, romance, and secrets meld in this engrossing new novel by Colleen Coble.

Strands of Harper Taylor's childhood are resurfacing-but will the truth save her . . . or pull her under?

Harper Taylor is used to being alone-after all, she grew up in one foster home after another. Oliver Jackson finally took her under his wing when she was a runaway teenager, and now Harper pours her marine biology knowledge into Oliver's pen shell research. But she's never stopped wishing for a family of her own.

So when a DNA test reveals a half-sister living just two hours away, Harper is both hopeful and nervous. Over warm cinnamon rolls, Harper and Annabelle find striking similarities in their stories. Is it just a coincidence that both their mothers died tragically, without revealing Harper and Annabelle's father's name?

Oliver's son Ridge still sees Harper as a troubled teen even all these years later. But when Oliver is attacked, Ridge and Harper find themselves working together to uncover dangerous secrets that threaten to destroy them all. They must unravel her past before they can have any hope for the future.

"Free-dive into a romantic suspense that will leave you breathless and craving for more." --DiAnn Mills, bestselling author

"As always, Colleen Coble never disappoints. Strands of Truth is no exception. I was hooked from the first page. Trying to read this story slowly is impossible. Don't be surprised when you find yourself flipping the pages in a hurry to find out what happens next! This one is for your keeper shelf." --Lynette Eason, bestselling, award-winning author of the Blue Justice Series

"Colleen Coble's latest book, Strands of Truth, grips you on page one with a heart-pounding opening and doesn't let go until the last satisfying word. I love her skill in pulling the reader in with believable, likable characters, interesting locations, and a mystery just waiting to be untangled. Highly recommended." --Carrie Stuart Parks, bestselling author of Formula of Deception

"Once again, Colleen Coble delivers an intriguing, suspenseful tale in Strands of Truth. The mystery and tension mount toward an explosive and satisfying finish. Well done." --Creston Mapes, bestselling author

"Just when I think Colleen Coble's stories can't get any better, she proves me wrong. In Strands of Truth, I couldn't turn the pages fast enough. The characterization of Ridge and Harper and their relationship pulled me immediately into the story. Fast paced, with so many unexpected twists and turns, I read this book in one sitting. Coble has pushed the bar higher than I'd imagined. This book is one not to be missed." --Robin Caroll, best-selling author of the Darkwater Inn series

"It's in her blood! Colleen Coble once again shows her suspense prowess with a thriller as intricate and beautiful as a strand of DNA. Strands of Truth dives into an unusual profession involving mollusks and shell beds that weaves a unique, silky thread throughout the story. So fascinating I couldn't stop reading!" --Ronie Kendig, bestselling author of The Tox Files

:
Suspense melds with romance as the past meets the present in this engrossing new novel from USA TODAY bestselling author Colleen Coble.


Harper Taylor is used to being alone. Her mother passed away in a car accident when she was an infant, she never knew who her father was, and now even the widowed grandmother who raised her is gone. She's done just fine investing her marine biology degree and her energy into her pen shell business.


The last thing she expects is for the DNA test she took to reveal a likely half-sister. And when she and Annabelle meet, there are striking similarities in their stories. Is it just coincidence that both their mothers died tragically without revealing Harper and Annabelle's father's name?


When Harper's business partner has a stroke, his son Ridge steps in to help. Before long, he's spending more time with her than the business would dictate ... and Harper finds she doesn't mind in the least.


When yet another tragedy strikes close to home, though, Harper and Ridge realize that the secrets of the past can't stay there. They'll have to unravel Harper's past before they can secure their future.