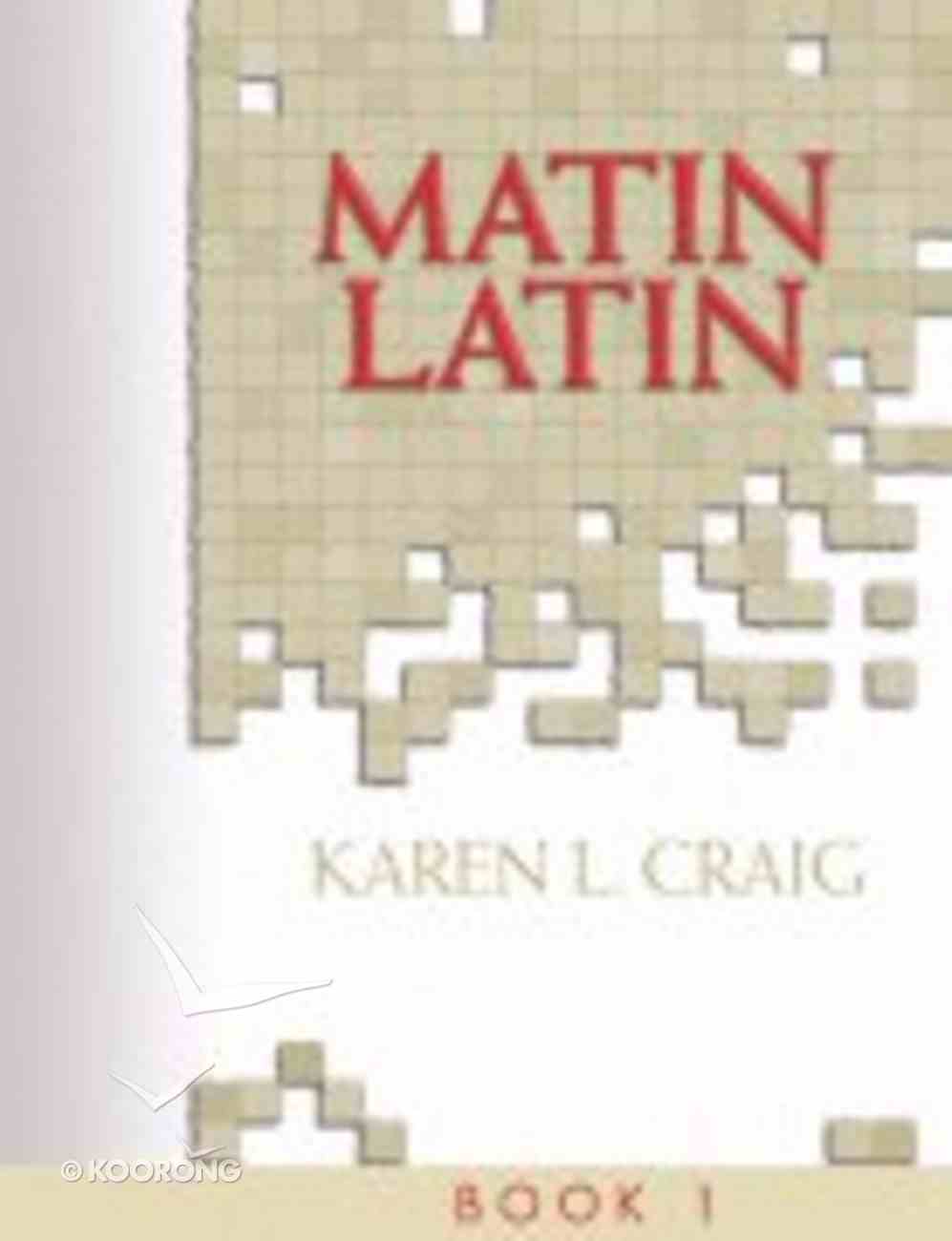 After years of teaching Latin and English in day school and homeschool, Karen Craig has produced one of the easiest, step-by-step approaches to beginning Latin. Each segment explains English grammar first, then the Latin, progressing in clear, short steps.Children have been delighted with the format and clarity of the lessons. The teacher's editions offer not only answers but specific guidance and hints for every lesson.Matin Latin 1 works through the basics of nouns, verbs, adjectives, pronouns, and prepositions, with simple translations throughout, including two short Julia stories to close. The appendices offer additional exercises, along with a complete glossary for the text.Matin Latin 2 expands significantly on verbs and nouns, including more translation work and multiple stories. The Matin Latin 2 appendices include helpful noun, verb, and adjective charts, along with a complete glossary.The Matin Latin series parallels our bestselling Latin Primer series by Martha Wilson, withboth paths,leading into our Latin Grammar text. Some parents use both series, others choose one. Where the Primer series focuses more on following the classical trivium model, the Matin Latin series works more like an elementary version of the classic Wheelock's Latin, focusing on a solid grounding in Latin and English grammar first. Like the Primer series, the Matin Latin series is designed to begin in the third grade.
-Publisher