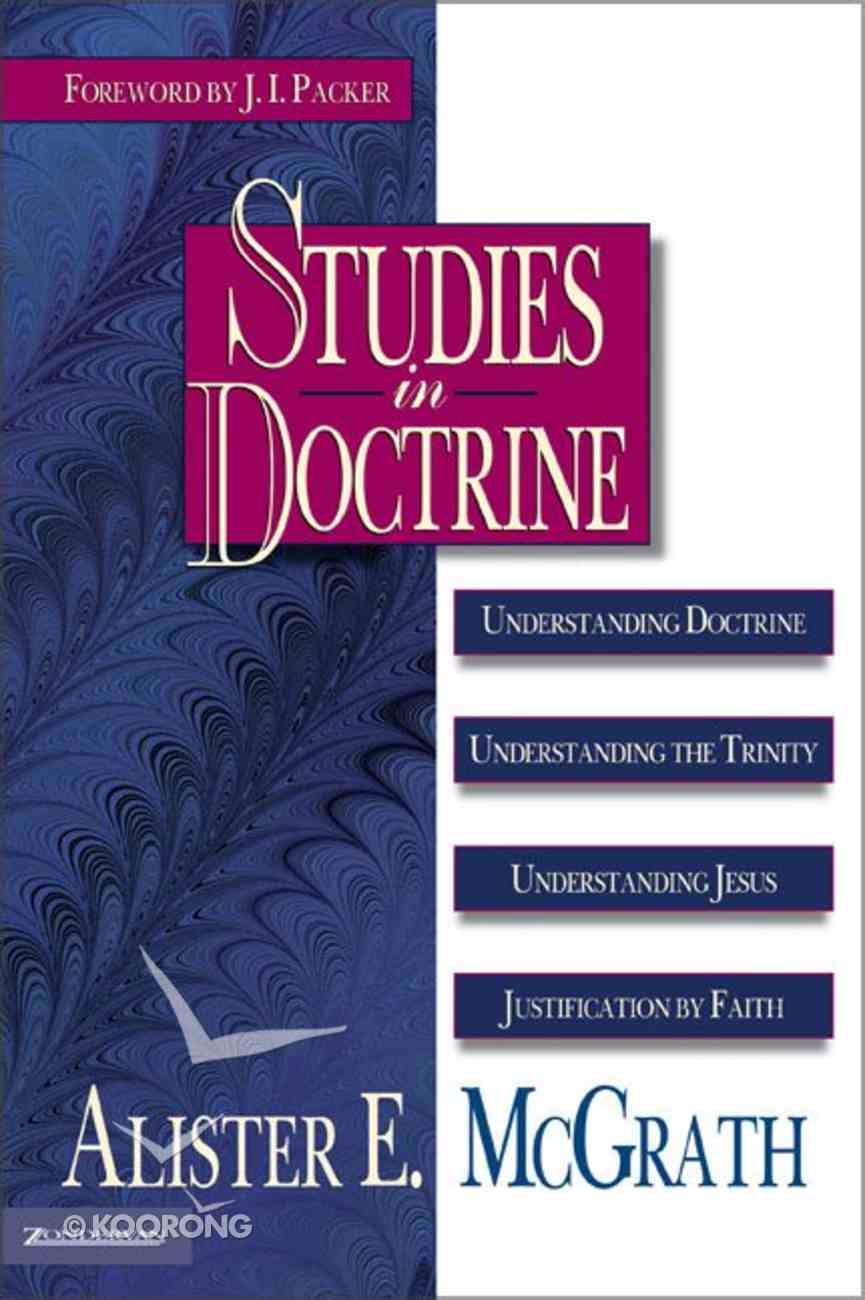 Sign of the Gospel, the - Toward An Evangelical Doctrine of Infant Baptism After Karl Barth (Emerging Scholars Series)
Travis W McMaken
eBook

In recent years, Alister McGrath has gained prominence as one of evangelicalism's preeminent theologians. A brilliant scholar and communicator, he combines the clarity of thought of a scientist (he holds a Ph.D. in molecular biology) with the deep convictions of a committed Christian and theologian. Studies in Doctrine contains four of McGrath's more popular theological works: Understanding Doctrine explains what doctrine is, why it is important, and what its limitations are. Understanding the Trinity moves from a superb apologetic for God's existence, to developing a concept of God, to a probing and balanced examination of the Trinity proper. Understanding Jesus is a basic, eminently readable, and surprisingly personal introduction to the person and work of Christ. Justification by Faith demonstrates how the vitality and relevance of the doctrine of justification by faith can be recovered and presented to contemporary culture. This volume gives the student and non-specialist a clear,
-Publisher

None Greater: The Undomesticated Attributes of God
Matthew Barrett
Paperback