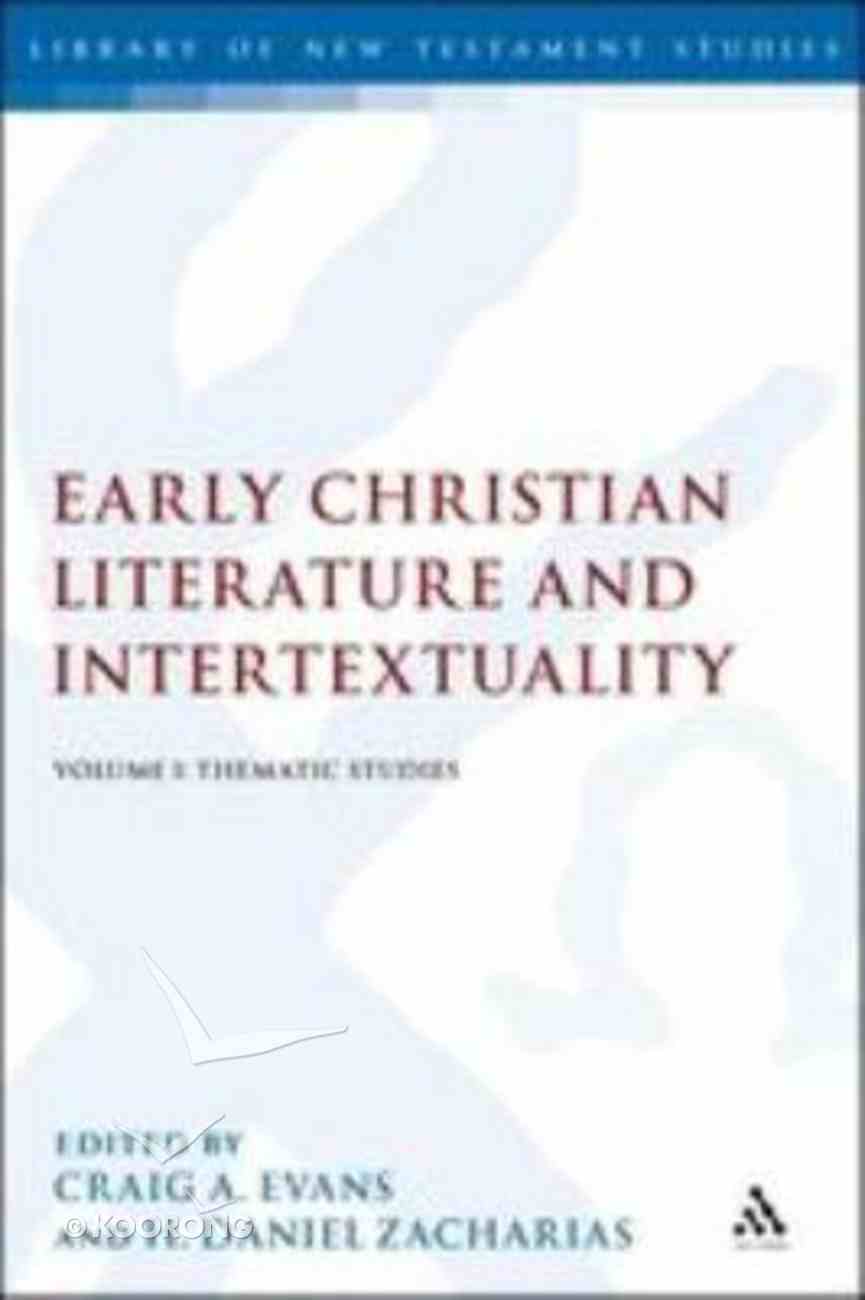 Synopsis ^An in-depth analysis of intertexuality within Early Christian literature, complied with the aim of improving interpreters understanding of the function of older scripture in later scripture. ^Description ^Scholarly interest in intertextuality remains as keen as ever....

Synopsis
^An in-depth analysis of intertexuality within Early Christian literature, complied with the aim of improving interpreters understanding of the function of older scripture in later scripture.


^Scholarly interest in intertextuality remains as keen as ever. Armed with new questions, interpreters seek to understand better the function of older scripture in later scripture. The essays assembled in the present collection address these questions. These essays treat pre-Christian texts, as well as Christian texts, that make use of older sacred tradition. They analyze the respective uses of scripture in diverse Jewish and Christian traditions. Some of these studies are concerned with discreet bodies of writings, such as the Dead Sea Scrolls, while others are concerned with versions of scriptures, such as the Hebrew or Old Greek, and text critical issues. Other studies are concerned with how scripture is interpreted as part of apocalyptic and eschatology.


^Early Christian Literature and Intertextuality includes essays that explore the use of Old Testament scripture in the Gospels and Acts. Other studies examine the apostle Paul's interpretation of scripture in his letters, while other studies look at non-Pauline writings and their utilization of scripture. Some of the studies in this collection show how older scripture clarifies important points of teaching or resolves social conflict.


^^Law, conversion, anthropology, paradise, and Messianism are among the themes treated in these studies, themes rooted in important ways in older sacred tradition.


^^The collection concludes with studies on two important Christian interpreters, Syriac-speaking Aphrahat in the east and Latin-speaking Augustine in the west. ^ ^(Part of the LNTS sub series Studies in Scripture in Early Judaism and Christianity (SSEJC), volume 14)

Scholarly interest in intertextuality remains as keen as ever. Armed with new questions, interpreters seek to improve their understanding of the function of older scripture in later scripture. The essays assembled in the present collection address these q
-Publisher

The Library of New Testament Studies (LNTS) is a premier book series that offers cutting-edge work for a readership of scholars, teachers in the field of New Testament studies, postgraduate students and advanced undergraduates. All the many and diverse aspects of New Testament study are represented and promoted, including innovative work from historical perspectives, studies using social-scientific and literary theory, and developing theological, cultural and contextual approaches.
-Publisher