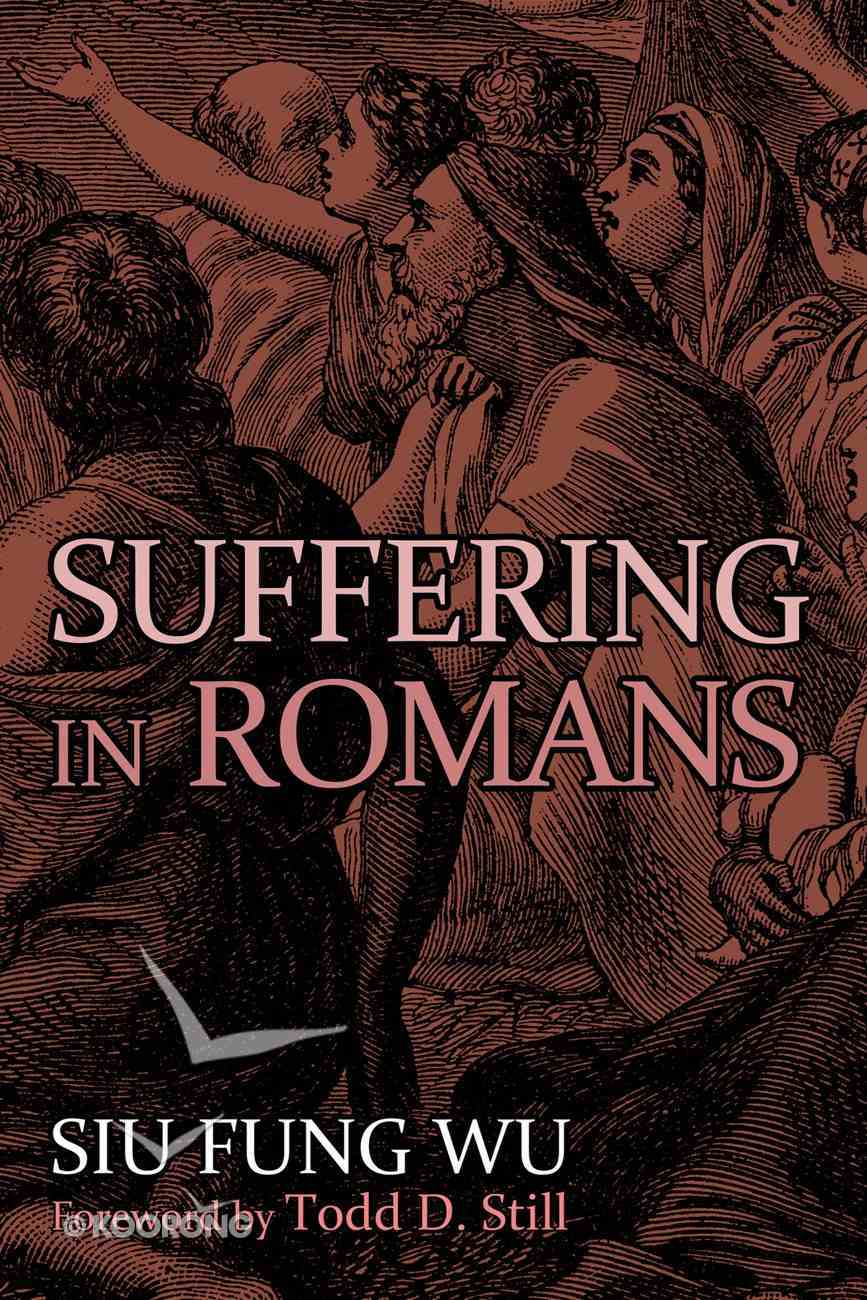 Most of the Jesus-followers in Rome would have been familiar with socioeconomic hardship. Suffering was a daily reality either for themselves or for someone they knew. Many lived below or just above subsistence level. Some were slaves, homeless, or chronically...

Most of the Jesus-followers in Rome would have been familiar with socioeconomic hardship. Suffering was a daily reality either for themselves or for someone they knew. Many lived below or just above subsistence level. Some were slaves, homeless, or chronically sick. Followers of Christ might have experienced persecution because of their refusal to take part in the local religious festivals. Suffering is, of course, a significant theme in Rom 5:1-11 and 8:17, 18-39. Paul mentions various types of affliction many times in these texts. How might Paul's audience have understood them? In Suffering in Romans Siu Fung Wu argues that Paul speaks of the vocation of the Jesus-followers to participate in Christ's suffering, with the purpose that they may be glorified with him. Indeed, their identification with Christ's suffering is an integral part of God's project of transforming humanity and renewing creation. It is in their faithful suffering that Christ-followers participate in God's triumph over evil. This is counter-intuitive, because most people think that victory is won by power and strength. Yet the children of God partake in his cosmic victory by their suffering, aided by the Spirit and the hope of glory. ""The theme of suffering is explicit in Romans 5 and 8, but Dr. Siu Fung Wu shows that it underlies the whole of Paul's letter and is characteristic of the lives of the people Paul addresses. As one whose own background has involved suffering in the garment factories of East Asia, Wu reads Romans with that experience and understanding--providing a powerful challenge to those of us interpreting the text from positions of comfort and power."" --Keith Dyer, Associate Professor, University of Divinity (Whitley College) ""Wu's analysis of Romans 5-8 represents an original contribution to the study of Paul's great letter ... Against the backdrop of this social reconstruction, Wu elucidates Paul's argument regarding the creation of a new humanity in Christ and its vocation to suffer in anticipation of sharing in Christ's glory. Deftly drawing together several lines of inquiry--scriptural echoes, the Greco-Roman religio-political matrix--Wu engages a wide range of scholarship to provide a sound exegetical study."" --Timothy G. Gombis, Associate Professor of New Testament, Grand Rapids Theological Seminary ""In an age of accelerating urbanization, Paul's letter to Jesus-followers among Rome's urban poor is profoundly relevant. With an empathy born of lived experience, Siu Fung Wu discerns its invitation to the apparently powerless to participate in Christ's transforming victory through their own innocent suffering. This important study both illuminates the letter's significance for its first recipients and suggests challenging implications for Christian life and witness in contexts of urban poverty today."" --George M. Wieland, Director of Mission Research and Training, and Lecturer in New Testament, Carey Baptist College, Auckland, New Zealand ""Exegetical rigor meets existential reality in this important study of the theme of suffering in Paul's letter to the Christians in Rome. Wu highlights the ways that Paul explores the theme of suffering in the light of his gospel of hope. But his focus on the audience of Romans also reminds us that Paul's gospel is no abstract reflection but a transformative message--for the first audience and for today."" --Sean Winter, Associate Professor, Academic Dean, Pilgrim Theological College, University of Divinity Siu Fung Wu is Honorary Postdoctoral Associate at University of Divinity, Australia, and Adjunct Lecturer at Whitley College. He received his MPhil from Trinity College, University of Bristol, UK, and PhD from University of Divinity. He was a software developer before becoming a pastor in an inner-city church. He then worked in aid and development. He has been involved in theological education since 2001, and authored journal articles and book chapters for both academic and general r
-Publisher

Spiritual and Religious: The Gospel in An Age of Paganism
Tom Wright
Paperback