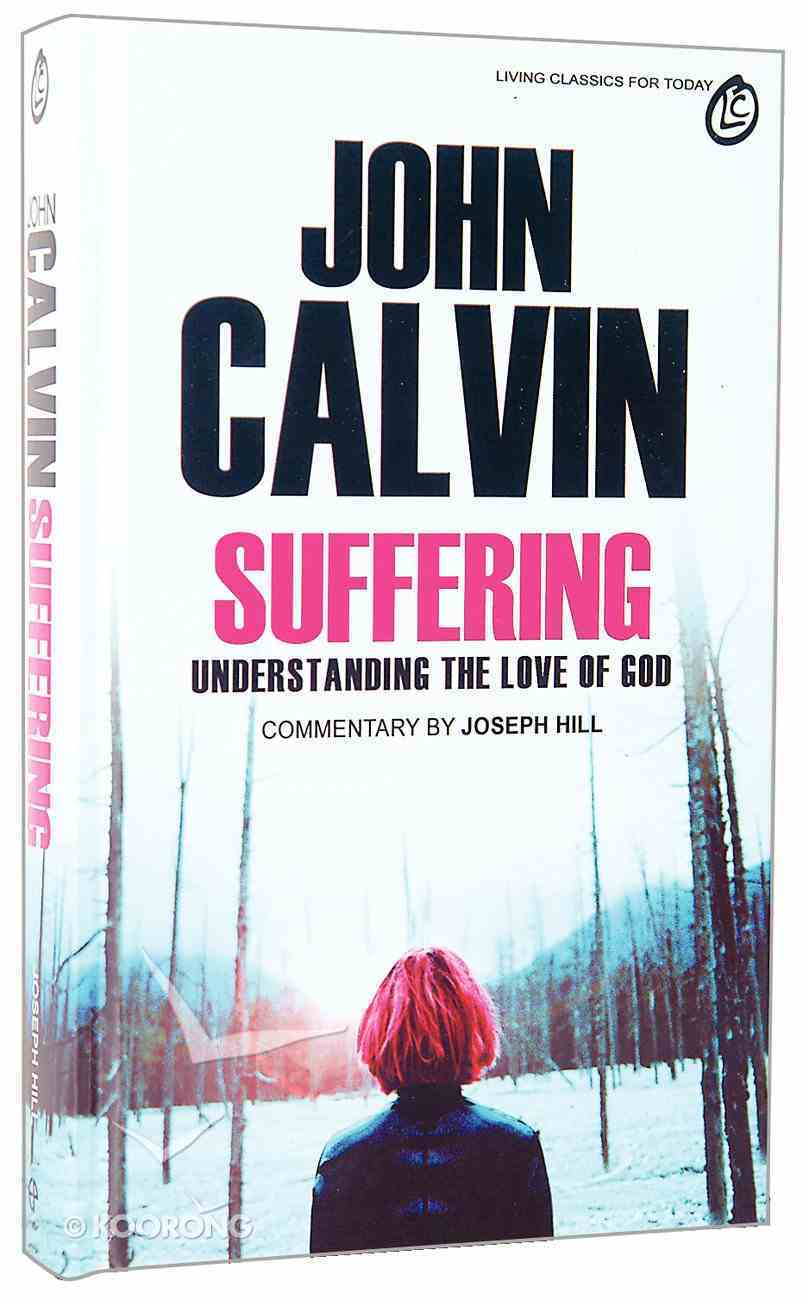 Suffering: Understanding the Love of God

Human suffering includes all sorts of pain and distress which accompany serious illness, loss of loved ones or friends, natural disasters such as earthquakes, floods and forest fires; poverty and hunger, accidents, persecution and many other events that touch our...

Human suffering includes all sorts of pain and distress which accompany serious illness, loss of loved ones or friends, natural disasters such as earthquakes, floods and forest fires; poverty and hunger, accidents, persecution and many other events that touch our lives.

Reading a book about human suffering can be disconcerting and depressing, to be sure; but reading what the Book of books reveals about suffering and about God's promises of deliverance and gracious intervention should be heartening and uplifting - and that is the fundamental purpose of Calvin's comments upon the subject of faith tested by suffering.

'Calvin's amazing amount of advice on coping with suffering, combined with Joseph A. Hill's enlightening annotations, make this a most helpful book for Christians whose faith is being tested. The quotations by Calvin are long enough to provide spiritual and practical depth yet short enough not to be tedious. Turn to any page, and you will be edified.' Joel R. Beeke, Puritan Reformed Theological Seminary, Grand Rapids, Michigan, USA

John Calvin (1509-1564) was one of the leaders of the sixteenth-century Reformation, and is best known for his Institutes of the Christian Religion. Thousands of people sat under his ministry in Strasbourg and Geneva, and his preaching in Geneva resulted in his being so highly respected that, when he died, almost the whole city attended his funeral.

Joseph A. Hill is Associate Professor Emeritus of Biblical Studies and Greek, Geneva College (named after John Calvin's Geneva) in Beaver Falls, Pennsylvania, USA. Since his retirement from the faculty at Geneva, he served eight Presbyterian churches as an interim pastor and pastoral associate. A member of the advisory board of the New International Version of the Bible, he taught both Biblical Studies and Greek over a period of twenty-five years. He is married to Barbara Adams Hill. They have three adult children and eight grandchildren.