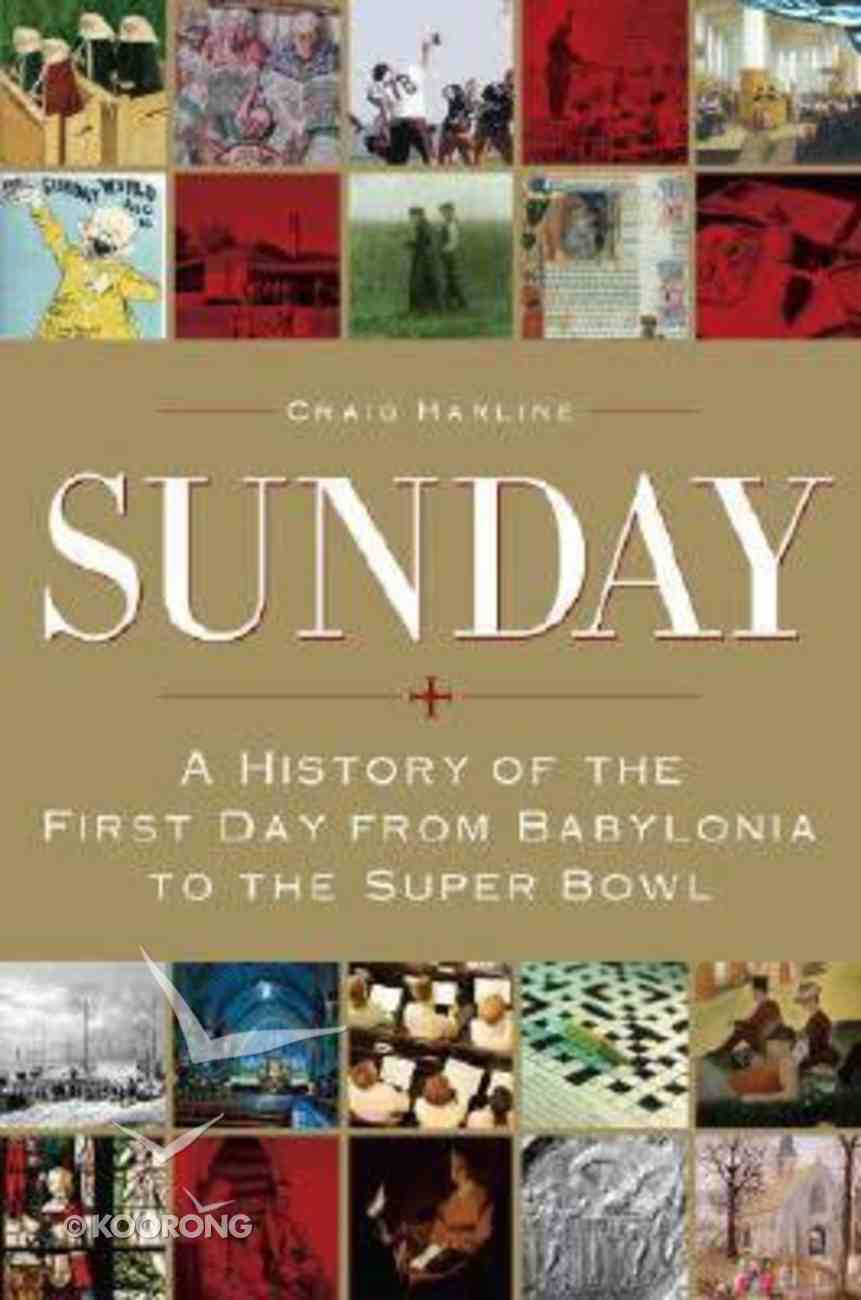 The mere mention of "Sunday" will immediately conjure up a rich mix of memories, associations, and ideas for most anyone of any age. Whatever we think of--be it attending church, reading a bulky newspaper, eating brunch, or watching football-- Sunday...

The Bible Cause: A History of the American Bible Society
John Fea
Hardback

The mere mention of "Sunday" will immediately conjure up a rich mix of memories, associations, and ideas for most anyone of any age. Whatever we think of--be it attending church, reading a bulky newspaper, eating brunch, or watching football-- Sunday occupies a unique place in Western civilization. But how did we come to have a day with such a singular set of traditions? ^Here, historian Craig Harline examines Sunday from its ancient beginnings to recent America in a fascinating blend of facts and anecdotes. For early Christians, the first day of the week was a time to celebrate the liturgy and observe the Resurrection. But over time, Sunday in the Western world took on still other meanings and rituals, especially in the addition of both rest and recreation to the day's activities. Harline illuminates these changes in enlightening profiles of Sunday in medieval Catholic England, Sunday in the Reformation, and Sunday in nineteenth-century France--home of the most envied and sometime
-Publisher

1 PROLOGUE: SUNDAY ASCENDANT Origins to Around AD 800 Trying to find the origins of Sunday, the biblical scholar Eugene Laverdiere once observed, is like trying to find the source of a great river. The delta at the end, and the long channel flowing into the delta, are easily recognizable. Yet the farther one moves upstream toward the source of the river, the trickier the going: tributaries multiply, lead astray, or go underground. And when finally located, the humble source may bear so little resemblance to the massive amounts of water downstream that one will surely wonder what the beginning can possibly have to do with the end. But if the orgins of Sunday are vague, and thus regularly debated, a few things seem clear enough. THE DAY OF THE SUN It is fairly clear, for instance, that "Sun Day" emerged in the ancient Middle East, as part of a sevenday planetary week. Many early civilizations calculated a solar year at roughly 360 days (it's actually closer to 365.2422) and a lunar month at 29 (a modern mean figure is 29.5306). But these civilizations showed infinite variety and imagination in subdividing years and months into more manageable weeks and days: around the ancient world, weeks lasted anywhere from five to sixteen days, while days were parceled into myriad arrangements of hours. That parts of the ancient Middle East and then the Roman Empire settled on a sevenday week, with each day twentyfour hours long and named for a planet, was hardly inevitable. One early step toward such a week was taken in Babylonia, where by 600 BC observers had identified and carefully tracked seven heavenly planets, or "wanderers," moving about the Earth. This was done largely for astrological purposes: each planet was believed to be governed by a god or goddess who exerted influence upon earthly events according to that planet's position at a given momenthence the need to track not only where the planets moved but when. Yet the idea of organizing a seven-day week around the planets did not come from the Babylonians themselves, who preferred lunar months. Rather, it came from the later Greek or "Hellenistic" world, which included the great centers of learning at Alexandria, Egypt, during the second century BC. Wishing to measure even more precisely the influences of the seven planets upon the Earth, Hellenistic observers laid down the basic features of a new week. First, they fixed thenumber of days in the earthly weekat seven, to match the number of planets, with each day under the influence of a particular planet. Second, they fixed theorder of distance from Earthof all planets: Saturn was farthest, then Jupiter, Mars, the Sun, Venus, Mercury, and the Moon. (*) Third, they fixed theorder of days in the week: Saturn Day was the first day, Sun Day the second, then Moon Day, Mars Day (Tuesday), Mercury Day (Wednesday), Jupiter Day (Thursday), and Venus Day (Friday). And fourth, they fixed thenumber of hours in a dayat twentyfour, as each such hour signified the length of time that a particular planet's influence held sway. (*) In short, everything about this sevenday planetary week was meant to link the heavens to Earth. So far, there was nothing that made Sun Day, the second day, or for that matter any other day, stand out; although the planets possessed different qualities and were honored with distinct rituals, all planetary days were basically equal in stature. The idea that one day in the week was superior to others came from another ancient sevenday system: that of the Jews. SUN DAY BECOMES THE FIRST DAY It is not entirely settled which week is older: planetary or Jewish. But it is certainly clear that the Jews had a sevenR
-Publisher

CRAIG HARLINE, a professor of history at Brigham Young University, is the author of" A Bishop's Tale,"" The Burdens of Sister Margaret," and" Miracles at the Jesus Oak," His research has been supported by the National Endowment for the Humanities, the American Philosophical Society, the American Council of Learned Societies, and other granting agencies. He lives in Orem, Utah.