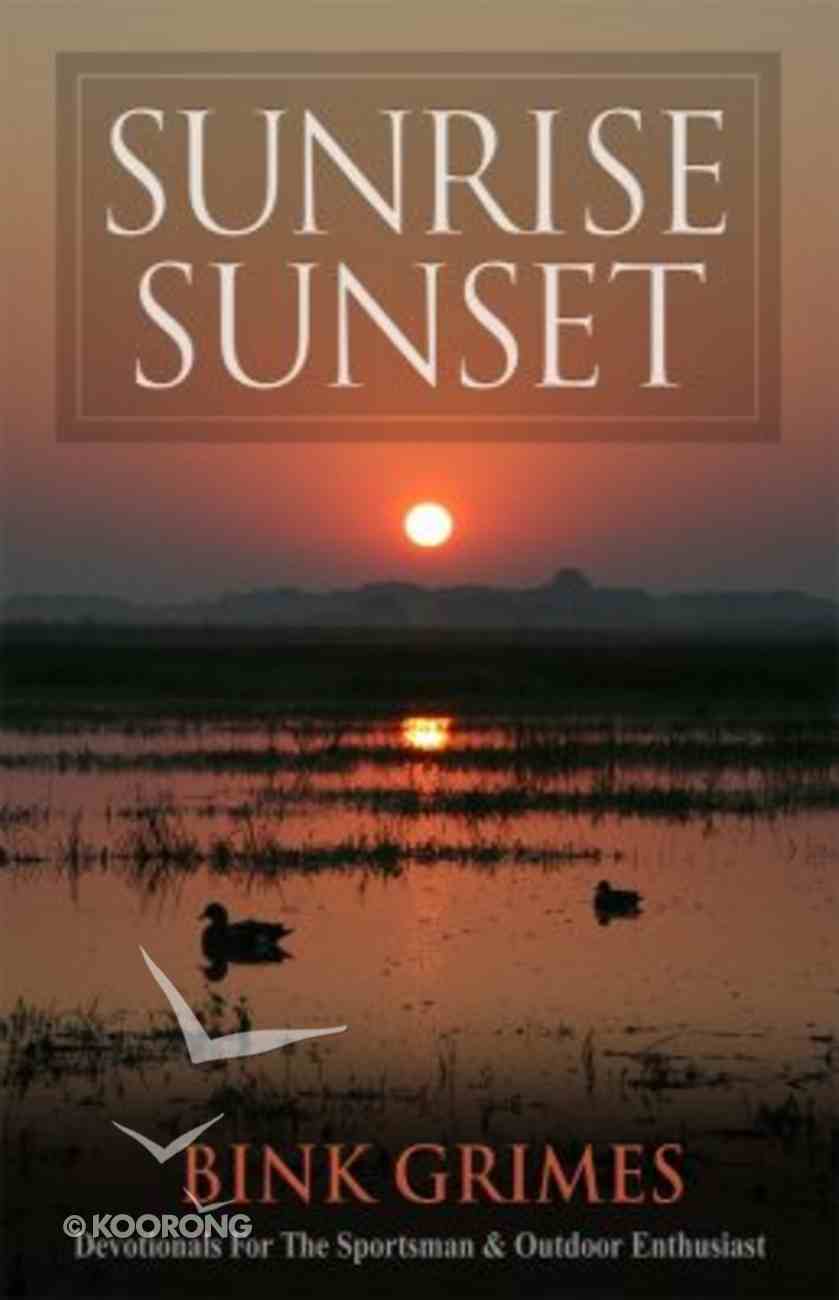 There is something about the outdoors that brings us closer to God. Maybe it�s a sunrise, a sunset, the first cool breeze of autumn, a dozen ducks diving into your decoys, a fish crushing a topwater plug, whitetail antlers along...

Streams in the Desert
L B Cowman, Zondervan
Genuine Leather

Acts of the Almighty: Meditations on the Story of God For Every Day of the Year
Walter Wangerin (Jr)
Paperback

Streams in the Desert Morning and Evening
L B Cowman
Hardback

There is something about the outdoors that brings us closer to God. Maybe it�s a sunrise, a sunset, the first cool breeze of autumn, a dozen ducks diving into your decoys, a fish crushing a topwater plug, whitetail antlers along a sendero, or a strutting tom gobbling a meal. Maybe it�s the awe-inspiring knowledge that the Almighty created all of this. With His hand he created a picturesque marsh full of vibrantly-colored waterfowl, an ocean teeming with a plethora of marine life, and a snow-capped mountaintop bugling with bull elk. Creation is perplexing to some who never leave the concrete jungle of life; however, for those who regularly spend time outdoors, how can it be anything but God?

The devotionals in this book are real-life experiences from an author who has spent countless sunrises and sunsets in God�s great outdoors. It is practical application of God�s principles, shown through the eyes of a sportsman, with beautiful photography to accent each lesson.
At the very least, the devotionals inspire readers to gaze at the outdoors in a Godly way, allowing the Savior to speak through His majestic creations.

Bink Grimes is a freelance outdoor writer and photographer with over 100 awards in journalism during the past decade as member of the Texas Outdoor Writers Association (TOWA). He authored his first book in the spring of 2004, entitled Wadefish Texas.</br> </br> Grimes is a regular contributor to national and regional publications such as Saltwater Sportsman, SportFishing, Ducks Unlimited, Tide, Louisiana Sportsman, Center Console Angler, Texas Sporting Journal, Texas Fish and Game and Lone Star Outdoor News. He has credits in over 25 national and state publications. </br> </br> A native Texan, Grimes writes the daily Outdoors Report for the Houston Chronicle, along with the Weekly Coastal Fishing Report and Weekly Migratory Bird Hunting Report for Texas Parks and Wildlife Department that is distributed by the Associated Press. His column appears weekly in the Victoria Advocate, Brazosport Facts and Bay City Tribune.</br> Grimes also operates Bink Grimes Outdoors, a fishing and waterfowl hunting chartering service. His love is wading with topwaters for large speckled trout and enjoying sunrises in a duck blind or goose spread.</br> </br> Grimes grew up just minutes from the marsh in the town of Mont Belvieu, about a half-hour east of Houston. It was there he cut his teeth in flatbottom boats, combing the estuaries of Trinity and Galveston bays.</br> </br> He became a Christian at the age of 10 while attending youth camp at Texas Baptist Encampment in Palacios, Texas. Ironically, he now lives only a few miles from the camp on the shores of Matagorda Bay.</br> </br> Grimes graduated and met his wife, Shelly, at East Texas Baptist University in 1995 after an All-American baseball career there that led him to be inducted into the schools Hall of Fame in 2007. They have one daughter, Mallory, named by Shelly because of her husband’s love of hunting mallards.</br>