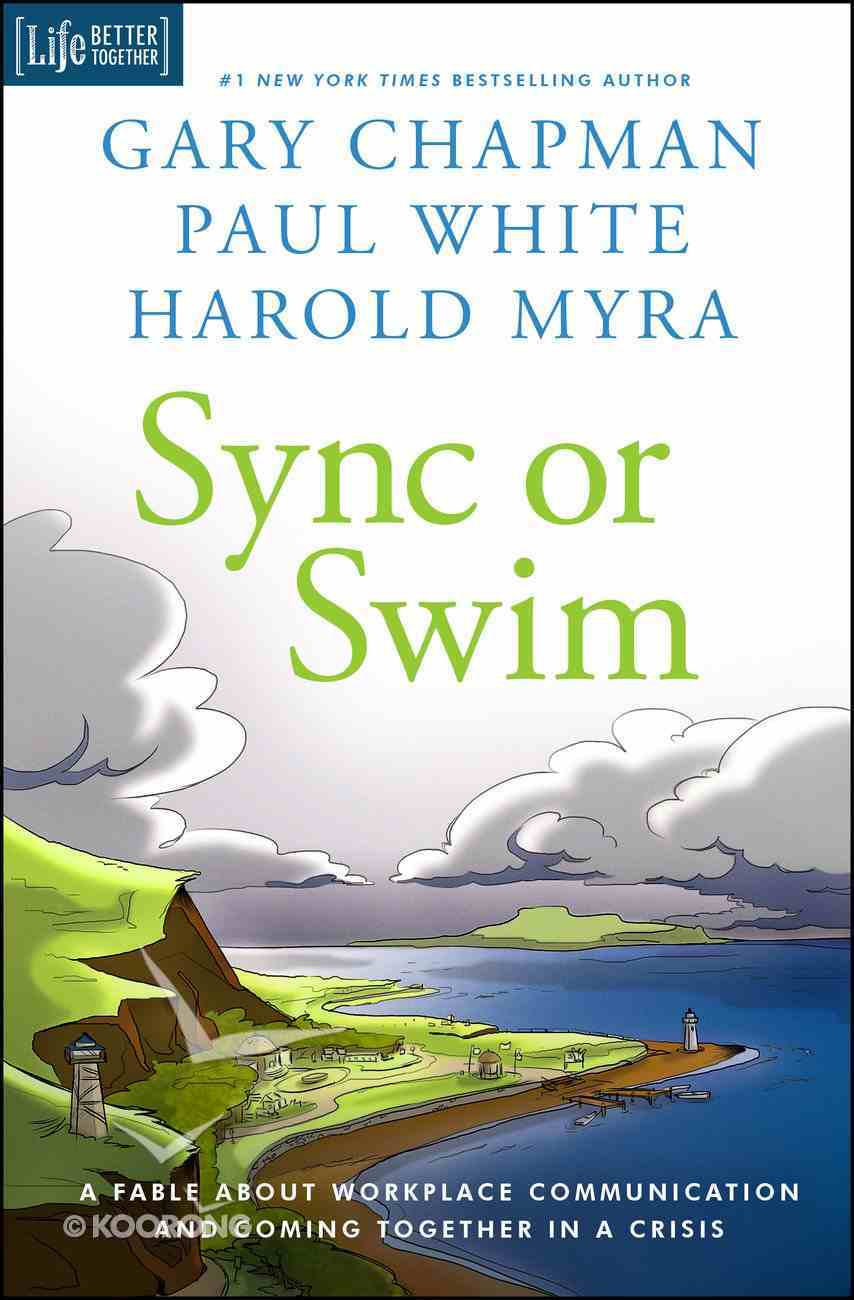 Sync Or Swim: A Fable About Workplace Communication and Coming Together in a Crisis

: Fables cut through complexity to reveal simple, crucial wisdom. Sync or Swim, a refreshing, illustrated story of a sheepdog and a puffin, helps solve a frustrating mystery: Why do morale-building programs often hurt morale...and why does communicating...

Sync Or Swim: A Fable About Workplace Communication and Coming Together in a Crisis
Gary Chapman, Paul White, Harold Myra
Paperback

Sync Or Swim: A Fable About Workplace Communication and Coming Together in a Crisis
Gary Chapman, Paul White, Harold Myra
eBook

The 5 Languages of Appreciation in the Workplace
Gary Chapman, Paul White
eBook

Sticking Points: How to Get 5 Generations Working Together in the 12 Places They Come Apart
Haydn Shaw, Stephen Covey
Hardback


Sync or Swim, a refreshing, illustrated story of a sheepdog and a puffin, helps solve a frustrating mystery: Why do morale-building programs often hurt morale...and why does communicating appreciation too often result in cynical reactions?


We all work with others and we all experience the storms of life. The fable is a fun read, showing how to communicate authentic appreciation that results in effective teamwork and productivity. The bear, squirrel, bird, beaver, chipmunk and cat all respond in different ways. Like us, they have their own languages of appreciation.


Fables can be wonderful tools for deeper understanding and lively discussion. Sync or Swim is a little tale with great wisdom, a classic insight into the ways expressing authentic appreciation changes everything-and helps us to survive the storms that threaten us.

Paul White author of 18 books, lives in the UK.

Becoming a Leader: How to Develop and Release Your Unique Gifts (With Study Guide)
Myles Munroe
Paperback

25 Ways to Win With People: How to Make Others Feel Like a Million Bucks
John C Maxwell
Paperback

The 360 Degree Leader: Developing Your Influence From Anywhere in the Organisation
John C Maxwell
Paperback