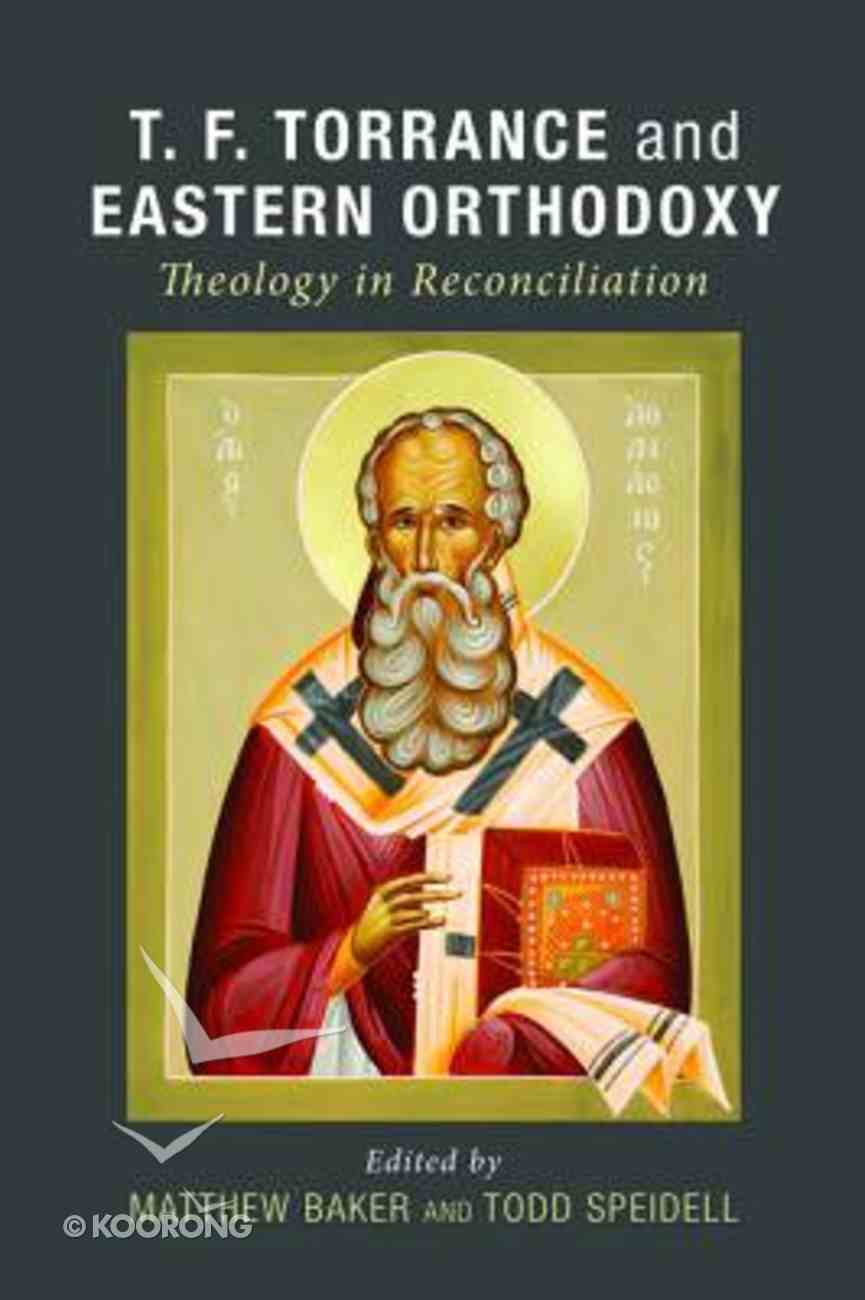 A properly ecumenical theology, T. F. Torrance believed, points the church to Christ as the only source and reality of its own unity. Its only hope for unity must be discovered in him and unveiled to the church, rather than...

Encounters With Orthodoxy: How Protestant Churches Can Reform Themselves Again
John Burgess
eBook

A Peculiar Orthodoxy: Reflections on Theology and the Arts
Jeremy S Begbie
Paperback

Being in Christ: A Biblical and Systematic Investigation in a Reformed Perspective
Hans Burger
eBook

A properly ecumenical theology, T. F. Torrance believed, points the church to Christ as the only source and reality of its own unity. Its only hope for unity must be discovered in him and unveiled to the church, rather than pieced together and manufactured through ecumenical slogans and well-meaning intentions. Acting on this belief, Torrance initiated an international dialogue of Reformed and Orthodox Churches, which culminated when the World Alliance of Reformed Churches and the Orthodox Church issued a groundbreaking joint statement of agreement concerning the Trinity in 1991, a move beyond the filioque controversy that has divided East and West for a millennium. The current volume on T. F. Torrance and Eastern Orthodoxy continues the theological and ecclesial work of the reintegration of Western and Eastern traditions on a classical patristic foundation. ""This book celebrates and extends T. F. Torrance's significant and formative engagement with Patristic and Orthodox thought. It is a groundbreaking and exemplary achievement."" --Khaled Anatolios, University of Notre Dame ""This volume is essential reading for scholars of Torrance's thought and will be of major interest to students of Orthodox theology and ecumenism."" --Alan Torrance, University of St. Andrews ""The appearance of this book marks ... a new chapter in contemporary theological and ecumenical conversation... . A new path is being charted for ecclesial theology in the service of Christ and his Gospel."" --George Hunsinger, Princeton Theological Seminary ""A fitting tribute to a remarkable man."" --Andrew Louth, University of Durham ""In our paradoxical situation of globalization that has led to increased fragmentation, and at a time when the fervent ecumenical hope for Christian unity has long since passed, the appearance of this book is both timely and urgent."" --Aristotle Papanikolaou, Fordham University ""Truly a 'landmark volume.' The editors, Dr. Todd Speidell and Fr. Matthew Baker of righteous memory, have put us all in their debt."" --John A. McGuckin. Columbia University ""This is a rich and revelatory volume... . Scholars and students from East and West alike will find this an immensely stimulating read."" --Marcus Plested, Marquette University Fr. Matthew Baker (Ph.D., Fordham University) was a Greek Orthodox priest at Holy Trinity Parish in Norwich, CT, a committee member of The Fr. Georges Florovsky Orthodox Christian Theological Society, and Associate Editor of Participatio: The Journal of the Thomas F. Torrance Theological Fellowship. Todd Speidell (PhD, Fuller Theological Seminary) is Editor of Participatio: The Journal of the Thomas F. Torrance Theological Fellowship, General Editor of The Ray S. Anderson Collection (Wipf & Stock), and Adjunct Professor of Theology at Montreat College.
-Publisher