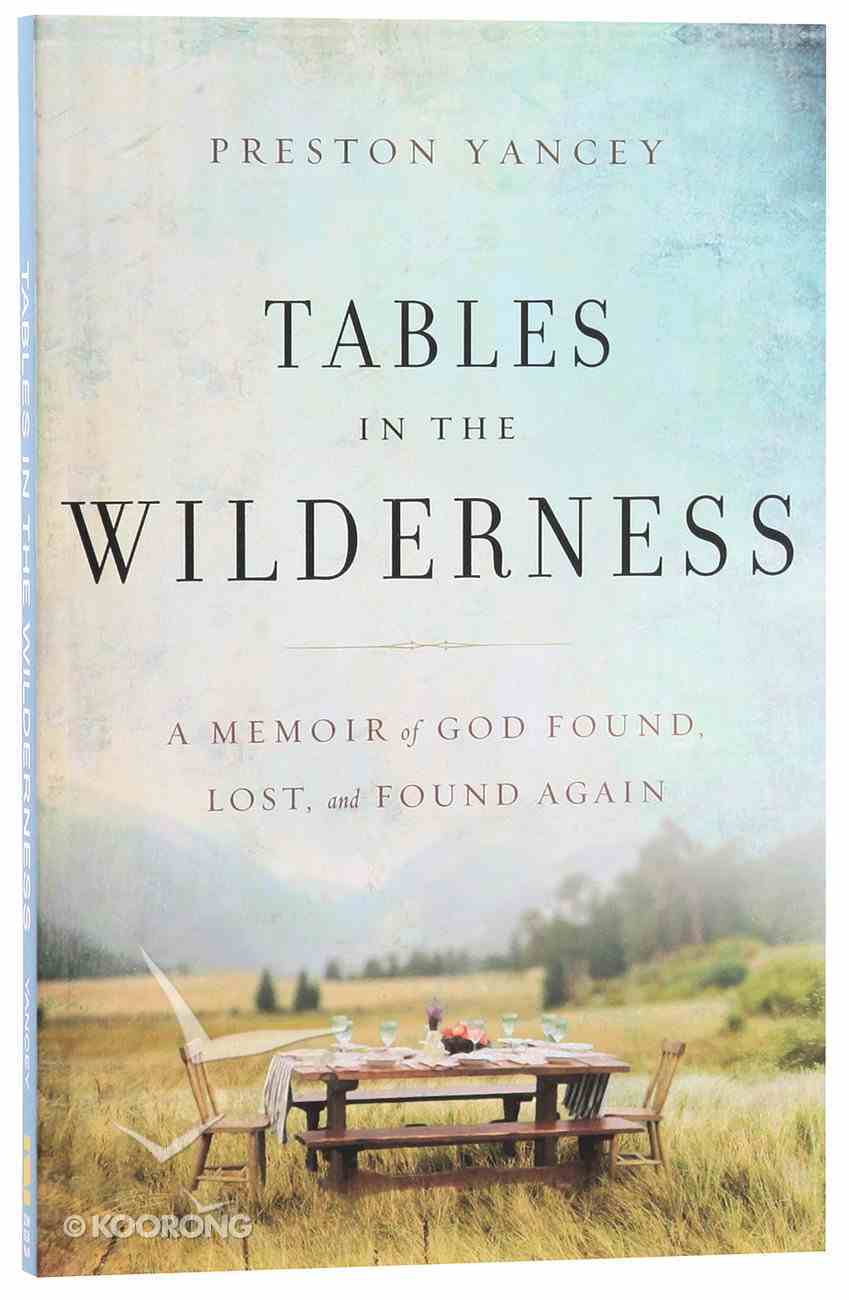 Tables in the Wilderness: A Memoir of God Found, Lost and Found Again

:In Tables in the Wilderness, Preston Yancey arrived at Baylor University in the autumn of 2008 with his life figured out: he was Southern Baptist, conservative, had a beautiful girlfriend he would soon propose to, had spent the summer living...

I Can Only Imagine: A Memoir
Bart Millard
Paperback

In From the Wilderness
David E Weekley
eBook

:In Tables in the Wilderness, Preston Yancey arrived at Baylor University in the autumn of 2008 with his life figured out: he was Southern Baptist, conservative, had a beautiful girlfriend he would soon propose to, had spent the summer living in southeast Asia as a missionary, and planned to study political science. Then God slowly allowed Preston's secure world to fall apart until every piece of what he thought was true was lost: his church, his life of study, his political leanings, his girlfriend, his best friend . . . and his God. It was the loss of God in the midst of all the godly things that changed Preston forever. One day he felt he heard God say, ? It's going to be about trust with you, ? and then God was silent -and he still hasn't spoken. At least, not in the ways Preston used to think were the only ways God spoke. No pillars of fire, no clouds, just a bit of whisper in wind. Now, Preston is a patchwork of Anglican spirituality and Baptist sensibility, with a mother who has been in chronic neurological pain for thirteen years and father still devoted to Southern Baptist ministry who reads saints? lives on the side. He now shares his story of coming to terms with a God who is bigger than the one he thought he was worshiping -the God of a common faith, the God who makes tables in the wilderness, the God who is found in cathedrals and in forests and in the Eucharist, the God who speaks in fire and in wind, the God who is bigger than narrow understandings of his will, his desire, his plan -the God who is so big, that everything must be his.
-Publisher

Preston Yancey is a lifelong Texan raised Southern Baptist who learned to read saints, cross himself, and move across the world. He thinks of himself as a patchwork Christian, who is most at home within the Anglican tradition. He is a writer, painter, baker, and academic. He subsists on a diet of caffeine and God's grace. He spent some time living in St. Andrews, Scotland but currently resides in Texas and is soon to be married.