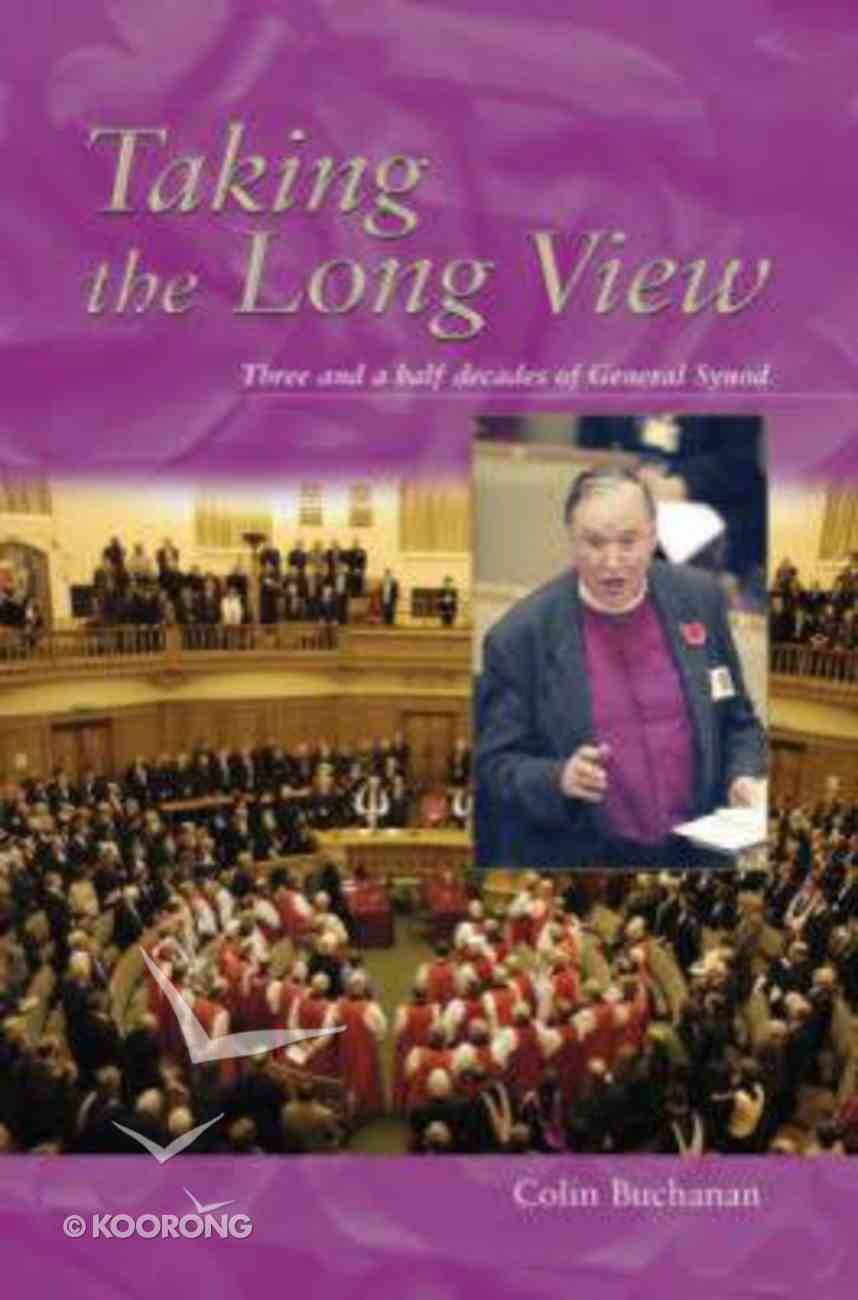 Bishop Colin is an Anglican figure well known for his work on liturgy and as the founder and author of the Grove Booklets series. Describing this title as not an autobiography but an attempt at accurate journalism, he takes us...

Bishop Colin is an Anglican figure well known for his work on liturgy and as the founder and author of the Grove Booklets series. Describing this title as not an autobiography but an attempt at accurate journalism, he takes us through 35 years of life in the cut and thrust of the Church of Englands General Synod, including major events such as the writing of the ASB and the ordination of women.
-Publisher

'This is a fairly personal book. It records 40 years of cut and thrust in the Church of England's General Synod and kindred bodies, as I have seen it, experienced it, and on occasion handed it out myself. Much is told from my personal standpoint, and the selection of themes derives my own involvement. It is not autobiography, but an attempt (as in my other writings) at accurate journalism. Oh yes, and remember I am not telling it the way it was. No one on earth can do that. I am telling it the way I have found it.' Colin Buchanan, from the introduction to Taking the Long View. Born in 1934, Bishop Colin received his MA from Lincoln College, Oxford and trained for the ministry at Tyndale Hall, Bristol. He served as curate at Cheadle (Chester Diocese) from 1961 to 1964. He then went as tutor to the London College of Divinity which moved to Nottingham in 1970 and became St John's College. He became Principal of St John's in 1979, and was an Honorary Canon of Southwell Minster from 1981-85. He received a DD from Lambeth in 1993. He became an Assistant Bishop in Rochester, in 1989, and then Vicar of Gillingham, St Mark from 1991-96. He was elected by the Nottinghamshire clergy to become a founder-member of General Synod, and was later elected by the suffragans of the Province of Canterbury to be one of their six representatives in the House of Bishops. Bishop Colin is well known for his work on liturgy and has published extensively on the subject and others. He founded the Grove Booklet Series. He still writes booklets for this series and edits the semi-official Anglican monthly News of Liturgy. He was a member of the General Synod's Liturgical Commission, 1964-86, and was one of the architects of the ASB. He drafted the Church of England report on the Charismatic Movement (1981) and served on The Doctrine Commission, 1986-91. He was one of those responsible for the report We believe in the Holy Spirit (1991).
-Publisher

Colin Buchanan is a 7-times Golden Guitar winner, an APRA and ARIA award winner with career album and DVD sales that stand in excess of 240,000 units. A regular on national TV and radio for over 15 years, a leading children's entertainer, award-winning singer/songwriter and highly sought after co-writer, #1 selling Christian artist, genial host. He has authored Super Saviour; Practise Being Godly; Remember the Lord each with bonus CD included. .