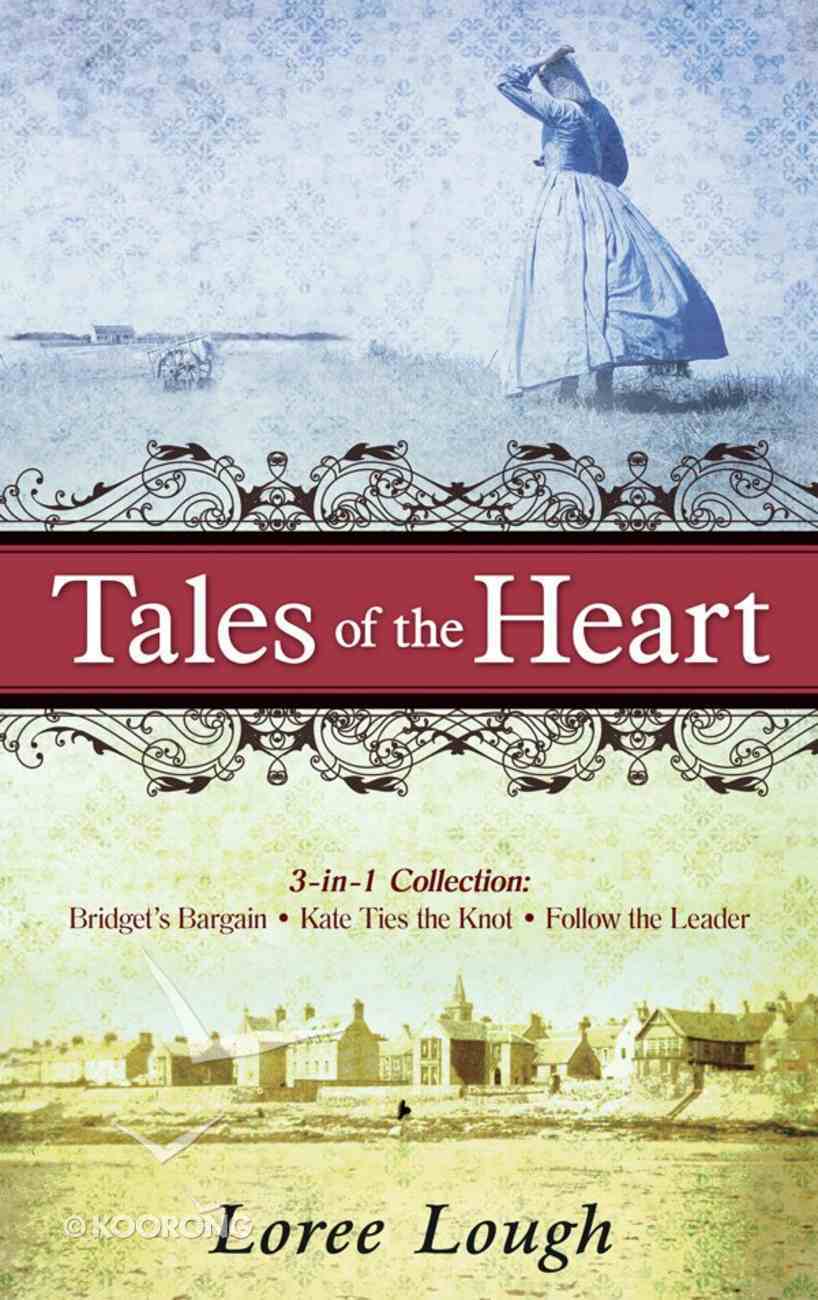 Tales of the Heart (3-in-1 Collection)

Tales of the Heart includes three historical romance novellas by Loree Lough: Bridget's Bargain, Kate Ties the Knot, and Follow the Leader. BRIDGET'S BARGAIN: When the potato famine of 1845 forced Bridget McKenna to flee her home in Ireland, she came to America to work as a scullery maid on a Virginia plantation. That was four years ago. Now, Bridget dreams of bringing her father and six siblings to join her in America. She also dreams of marrying a God-fearing man, and when she meets the tall, handsome Lance York, it seems her dream might come true. He's English, however, just like the cruel landlord who oppressed Bridget's family in Ireland. Could there be more to him than she realizes? KATE TIES THE KNOT: Seven years of widowhood have made Kate Flynn a strong, independent woman who even operates her own dressmaking shop. But when her eight-year-old son, Adam, has a run-in with a burly shipbuilder, she realizes the necessity of some godly male influence. Adam starts working in a warehouse owned by John Joseph O'Keefe, better known as J. J., who looks out for Adam and feels a growing attraction to his young protégé's mother. Kate's emotions are as tumultuous as the ocean as she wonders what the future will hold. FOLLOW THE LEADER: The Civil War has destroyed everything Valerie Carter held dear. Struggling to come to terms with her emotional devastation, she accepts a teaching position in Freeland, Maryland, and her heart is gradually warmed by her students' affection. She also finds herself attracted to Paul Collins, a young widower with three children who has a childlike faith in Jesus Christ. Will Paul be God's instrument to free Valerie from the bonds of bitterness?
-Publisher