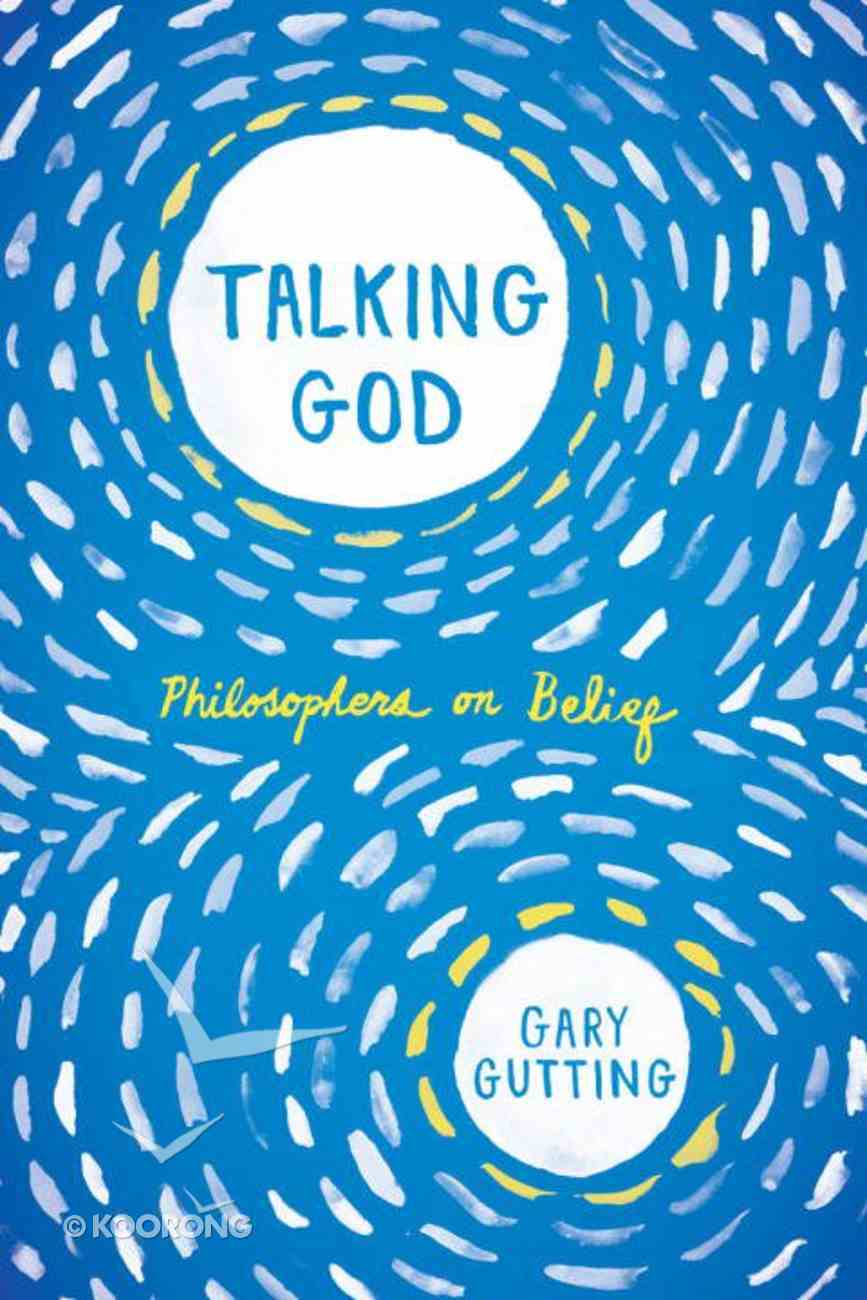 As tensions simmer, and often explode, between the secular and the religious forces in modern life, the big questions about human belief press ever more urgently. Where does belief, or its lack, originate? How can we understand and appreciate religious...

As tensions simmer, and often explode, between the secular and the religious forces in modern life, the big questions about human belief press ever more urgently. Where does belief, or its lack, originate? How can we understand and appreciate religious traditions different from our own? Featuring conversations with twelve skeptics, atheists, agnostics, and believers-including Alvin Plantinga, Philip Kitcher, Michael Ruse, and John Caputo-Talking God offers new perspectives on religion, including the challenge to believers from evolution, cutting-edge physics and cosmology; arguments both for and against atheism; and meditations on the value of secular humanism and faith in the modern world. Experts offer insights on Islam, Buddhism, and Hinduism, as well as Judaism and Christianity. Topical and illuminating, Talking God gives readers a deeper understanding of faith today and how philosophers understand it.
From Talking God:


"[Some say] Buddhism is not a religion because Buddhists don't believe in a supreme being. This simply ignores the fact that many religions are not theistic in this sense. Chess is a game, despite the fact that it is not played with a ball, after all."-Jay Garfield, from chapter 10, "Buddhism: Religion Without Divinity"


"Why think that the creator was all-knowing and omnipotent?- Maybe the creator was a student god, and only got a B minus on this project?"-Louise Antony, from chapter 2, "A Case for Atheism"


"There are a large number-maybe a couple of dozen-of pretty good theistic arguments. None is conclusive, but each, or at any rate the whole bunch taken together, is about as strong as philosophical arguments ordinarily get."-Alvin Plantinga, from chapter 1, "A Case for Theism"


"If you cease to 'believe' in a particular religious creed, like Calvinism or Catholicism, you have changed your mind and adopted a new position- But if you lose 'faith,'-everything is lost. You have lost your faith in life, lost hope in the future, lost heart, and you cannot go on."-John Caputo, from chapter 3, "Religion and Deconstruction"

Gary Gutting holds an endowed chair in philosophy at the University of Notre Dame. He is an editor of Notre Dame Philosophical Reviews, and writes regularly for The New York Times' philosophy blog, The Stone.