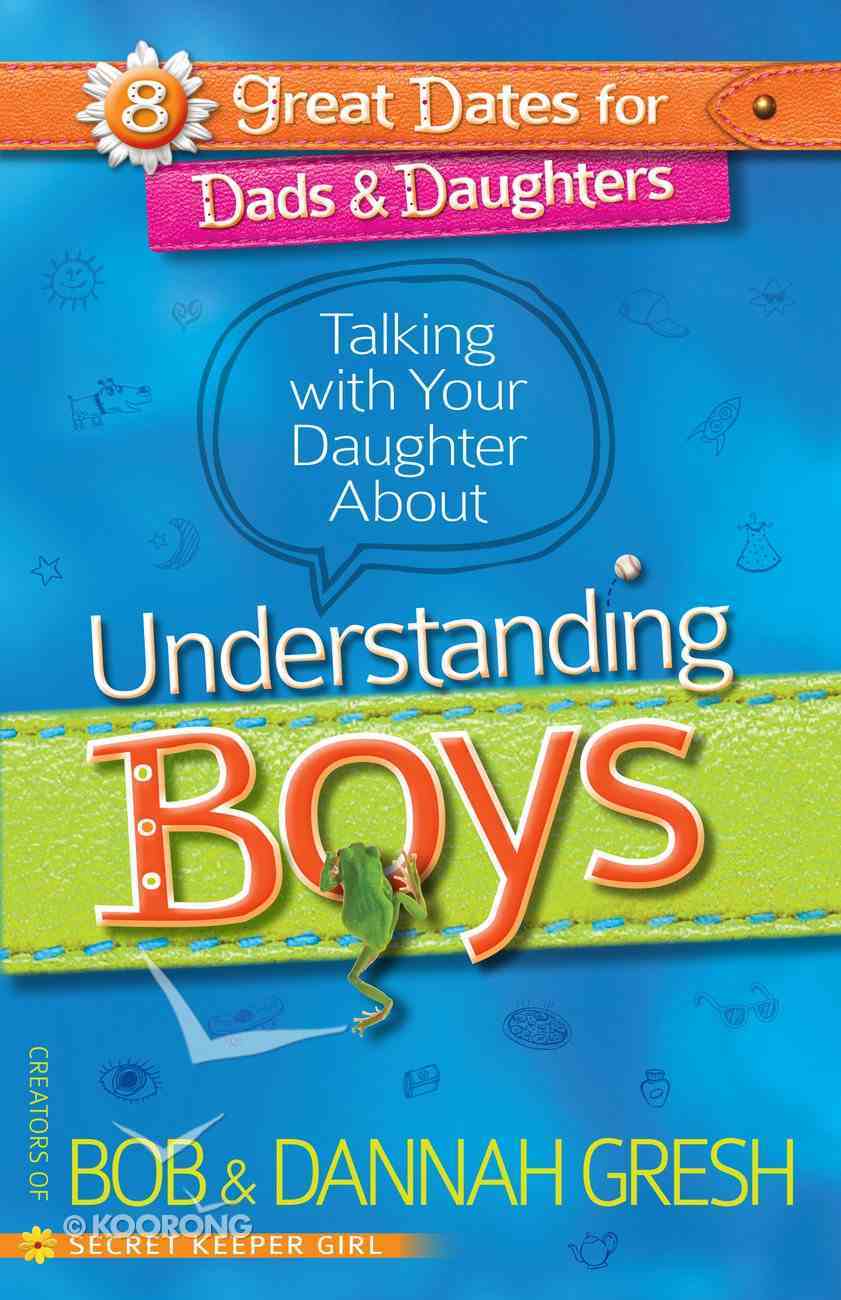 Talking With Your Daughter About Understanding Boys

Our culture pressures tween girls to grow up too fast and develop attachments with boys too soon. One great way you as a father can protect your girl is to spend quality dad-and-daughter time. Bob and Dannah Gresh,...

What a Daughter Needs From Her Dad
Michael Farris
eBook

Our culture pressures tween girls to grow up too fast and develop attachments with boys too soon. One great way you as a father can protect your girl is to spend quality dad-and-daughter time.


Bob and Dannah Gresh, creators of the Secret Keeper Girl events, have put together an easy-to-use resource for creative father-and-daughter dates with your 8- to 12-year-old girl. These dates help you tackle big questions like…

What was God thinking when he made girls so that we like boys? Why is everyone boy-crazy? Do I have to be? When can I start to date? How can I stand out from others and be pure without losing all my friends?
A personal section for your daughter and online audio conversations with Bob and Dannah offer more ways to build your father-and-daughter connection-and to love and protect your little girl as she grows into a young woman.


More about this series-


The 8 Great Dates books offer parents solid, godly advice on connecting with their tween girls. Each book provides everything you need to plan and carry out eight fun get-togethers with your girl-perfect one-on-one or for a small group of parents and their energetic 8- to 12-year-old daughters. Every date is full of fun-while at the same time focusing on one topic that's important to a tween girl's life and imparting a life- and faith-enhancing message.

BOB GRESH is the author of" Who Moved The Goalpost?, " and "Seven Winning Strategies in the Sexual Integrity Game Plan". He's written for Focus on the Family's "Breakaway" magazine as well as "Ministries Today" and "New Man. "He has appeared on many national radio and television programs including "Family Life Radio, Josh McDowell Radio, " and "Cornerstone Television". Bob manages the marketing and business operations for Pure Freedom, a ministry which offers interactive retreats and materials that equip youth to live a life of sexual purity. He is also the administrator of a Christian school.