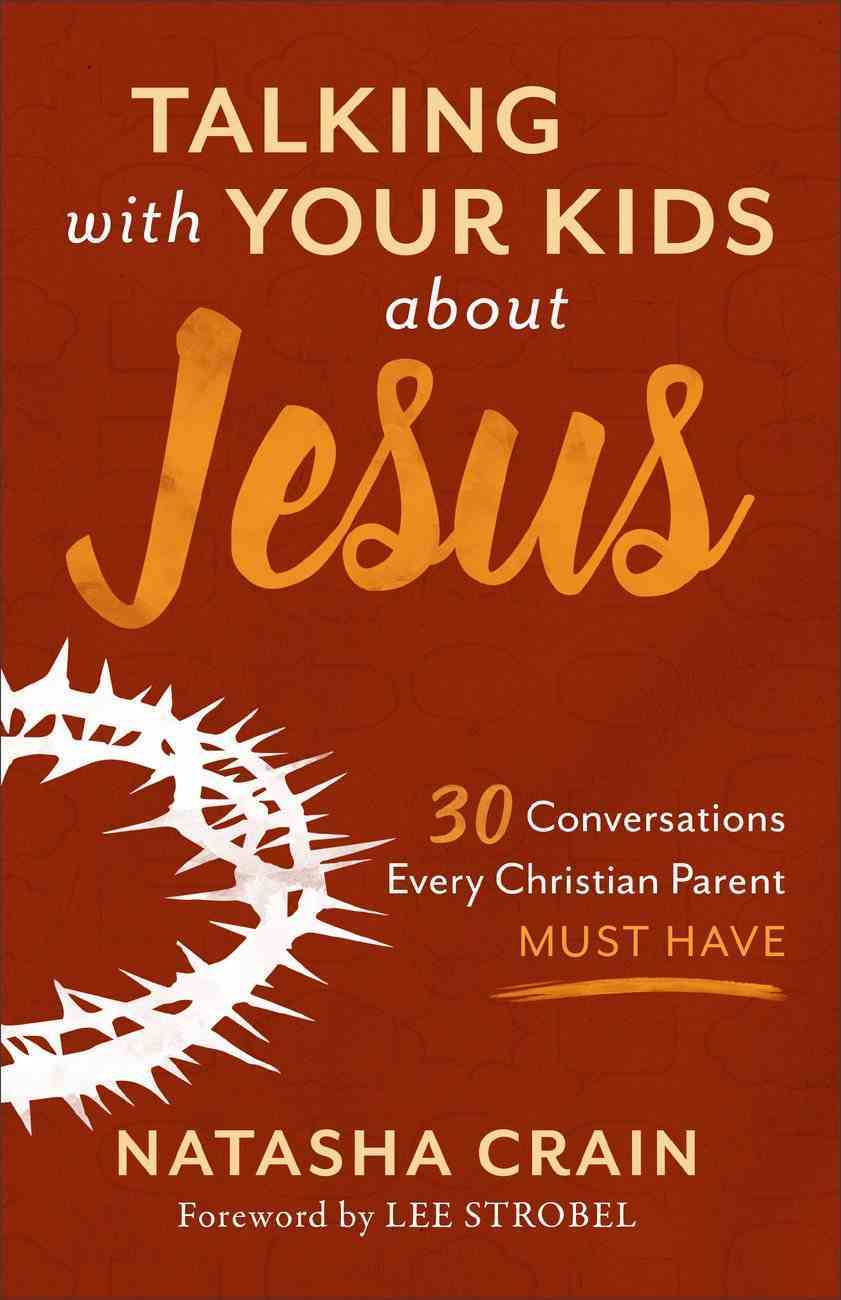 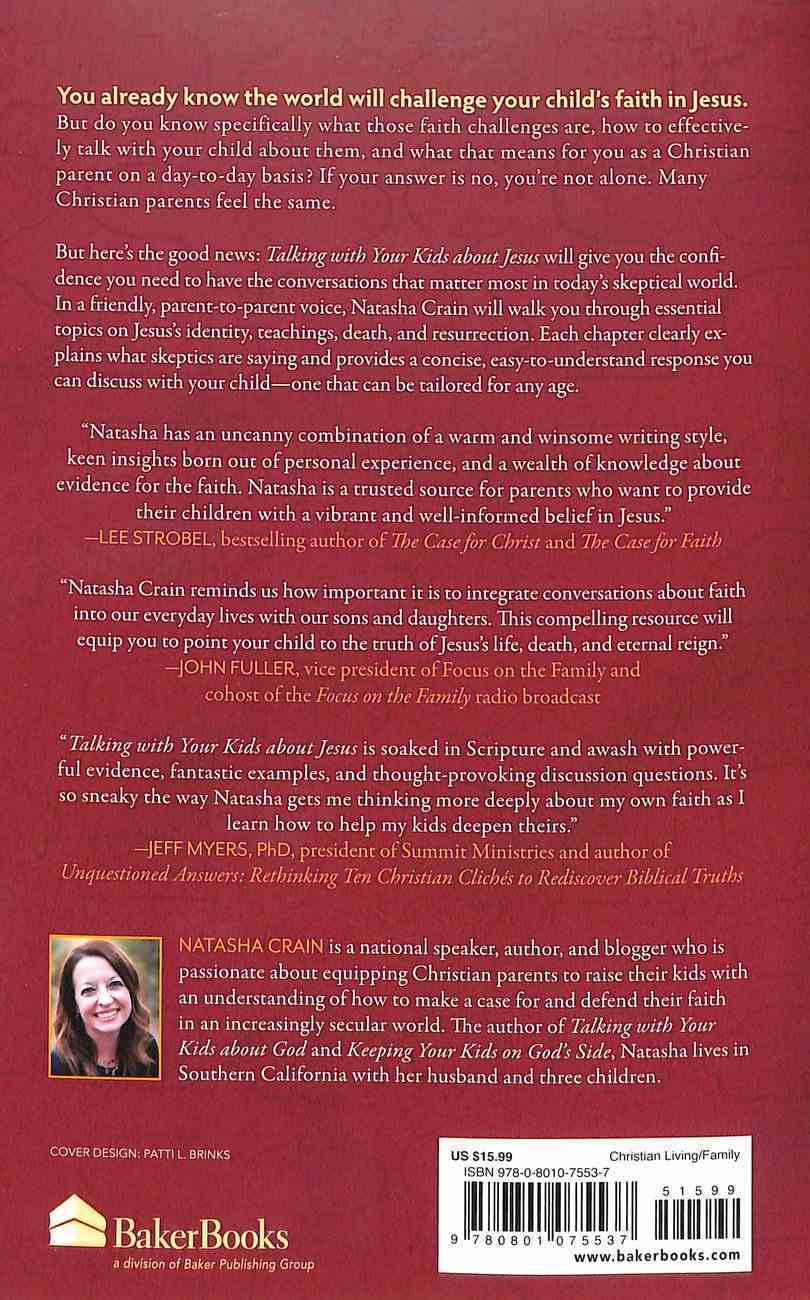 Talking With Your Kids About Jesus: 30 Conversations Every Christian Parent Must Have

:You already know the world is becoming an increasingly secular place that will undoubtedly challenge your child's faith in Jesus. But do you know specifically what those faith challenges are, how to effectively talk with your child about them, and...

Talking With Your Kids About God: 30 Conversations Every Christian Parent Must Have
Natasha Crain
Paperback

Keeping Your Kids on God's Side
Natasha Crain
eBook

Talking With Your Kids About God
Natasha Crain
eBook

5 Conversations You Must Have With Your Daughter
Vicki Courtney
Paperback

5 Conversations You Must Have With Your Daughter, Revised and Expanded Edition
Vicki Courtney
eBook

5 Conversations You Must Have With Your Daughter
Vicki Courtney
eBook

:You already know the world is becoming an increasingly secular place that will undoubtedly challenge your child's faith in Jesus. But do you know specifically what those faith challenges are, how to effectively talk with your child about them, and what that means for you as a Christian parent on a day-to-day basis?

If your answer is "no," you're not alone. Many Christian parents feel the same.

But here's the good news: Talking with Your Kids about Jesus will give you the confidence you need to have the conversations that matter most in today's skeptical world. In a friendly, parent-to-parent voice, Natasha Crain will walk you through essential topics on Jesus's identity, teachings, death, and resurrection. Each chapter clearly explains what skeptics are saying and provides a concise, easy-to-understand response you can discuss with your child (one that can be tailored for any age).

Chapters are sequenced in a curriculum-oriented way to provide a cumulative learning experience, making this book a flexible resource for use in multiple settings: homes, church classes, youth groups, small groups, private Christian schools, and homeschools. Every chapter has a step-by-step conversation guide with discussion questions and tips, and content is readily adaptable for use with kids of any age.
-Publisher

Natasha Crain writes a popular Christian parenting blog at ChristianMomThoughts.com. She has an MBA from UCLA and has completed the Certificate Program in Christian Apologetics at Biola University. She and her husband, Bryan, have three children.