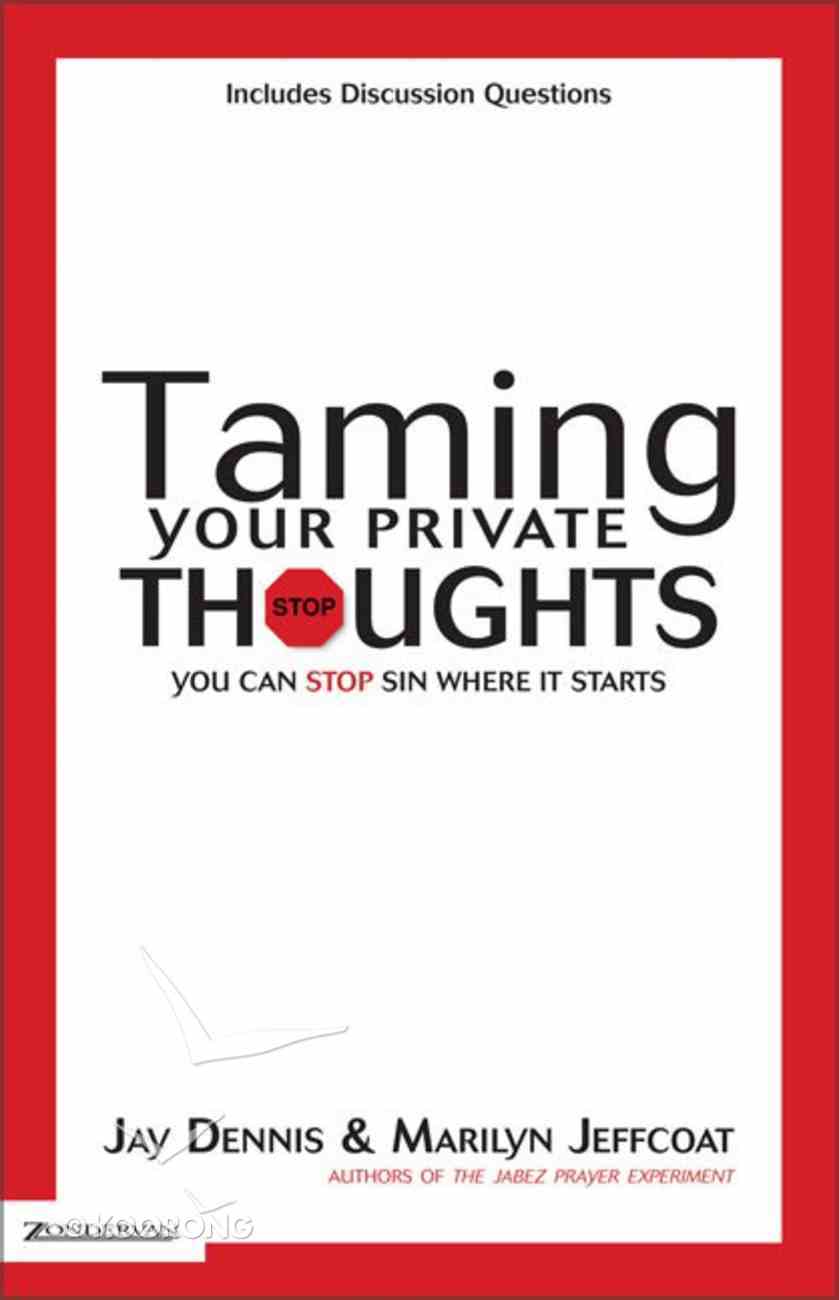 A practical biblical method to stop a sinful thought from becoming a sinful action Our minds are battlefields where godly thinking is relentlessly attacked by believable lies and deceptive fantasies. Using biblical models, historical figures, and real-life case studies, Taming...

Change Your Thoughts, Change Your World: How Life-Giving Thoughts Can Unlock Your Destiny
Bobby Schuller
Paperback

Boundaries For Your Soul: How to Turn Your Overwhelming Thoughts and Feelings Into Your Greatest Allies
Alison Cook, Kimberly Miller
Paperback

A practical biblical method to stop a sinful thought from becoming a sinful action Our minds are battlefields where godly thinking is relentlessly attacked by believable lies and deceptive fantasies. Using biblical models, historical figures, and real-life case studies, Taming Your Private Thoughts provides a biblically based process for getting the thought life under Christ's control and avoiding the consequences of sin. This is not just a book about positive thinking or denying the presence of sinful thoughts, nor does it offer quick fixes or easy formulas. The book includes* *Honest examination of the problem of wrong thinking for men and women, young and old *Straightforward case studies that demonstrate the consequences of sinful thinking *Biblical solutions for breaking vicious thought cycles and finding peace of mind *Discussion and reflection questions *An appendix of Scripture
-Publisher

Give God control of your thinking and master the runaway thoughts that can careen into disaster using the author's S.T.O.P. plan. (Sinful Thoughts Confessed, Think On These Things, Order Every Thought, and Pursue Christ-Mindedness. Includes discussion questions for each chapter.
-Publisher

Jay Dennis (D.Min., Fuller Theological Seminary) is pastor of the 5,000-member congregation of First Baptist Church in Lakeland, Florida. A popular conference and seminary speaker, Dennis has co-authored three books Dangerous Intersections, Taming your Private Thoughts, and The Jabez Prayer Lab, he has recently authoredThe Jesus Habits and Leading with Billy Graham and hosts a weekly television show and daily radio program. He and his wife, Angie, have two children.