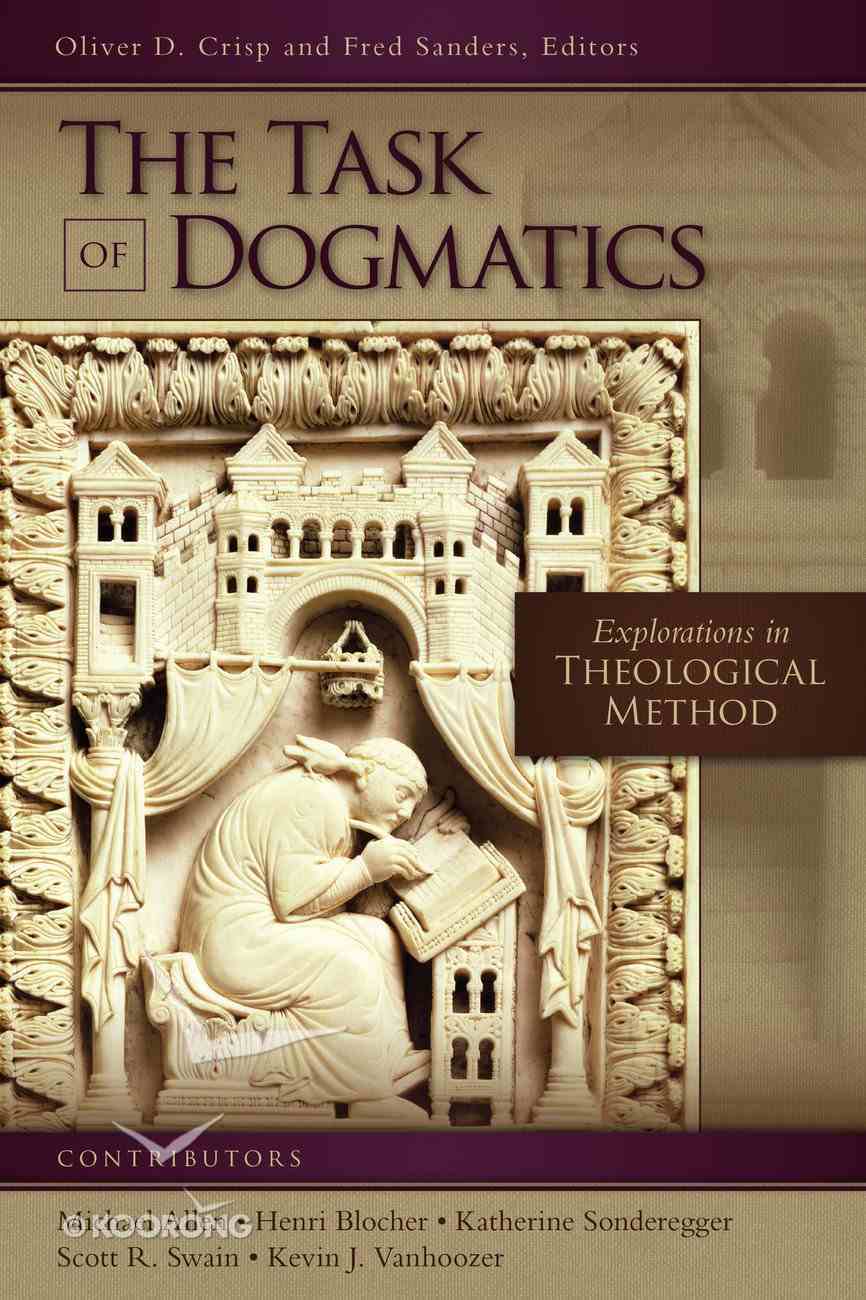 : Theologians often discuss method in a remote and preliminary way that suggests they are not yet speaking theologically when speaking methodologically. But it is also possible to reflect on the work of Christian dogmatics in a way that is...

:
Theologians often discuss method in a remote and preliminary way that suggests they are not yet speaking theologically when speaking methodologically. But it is also possible to reflect on the work of Christian dogmatics in a way that is self-consciously nourished by biblical reasoning, resourced by tradition, joined up with ecclesial practice, and alert to spiritual dynamics.


Bringing together theologians who are actively engaged in the writing and editing of extended dogmatics projects, The Task of Dogmatics represents the proceedings of the 2017 Los Angeles Theology Conference and seeks to provide constructive accounts of the nature of the dogmatic task.

Fred Sanders (Ph.D., Graduate Theological Union, Berkeley, CA) Associate Professor of Theology in the Torrey Honors Institute at Biola University in La Mirada, California. He is the author of The Deep Things of God: The Trinity and Evangelical Existence (Crossway, 2010); Blessed Trinity: An Approach to the Doctrine of God and Salvation; John Wesley on the Christian Life Crossway, 2012); Editor and contributor to Jesus in Trinitarian Perspective: An Introductory Christology (Broadman andHolman, 2007); The Image of the Immanent Trinity: Rahner's Rule and the Theological Interpretation of Scripture (NY: Peter Lang, 2005) and Dr. Doctrines Christian Comix, (four volumes from InterVarsity Press, July 1999.)
Koorong - Editorial Review.