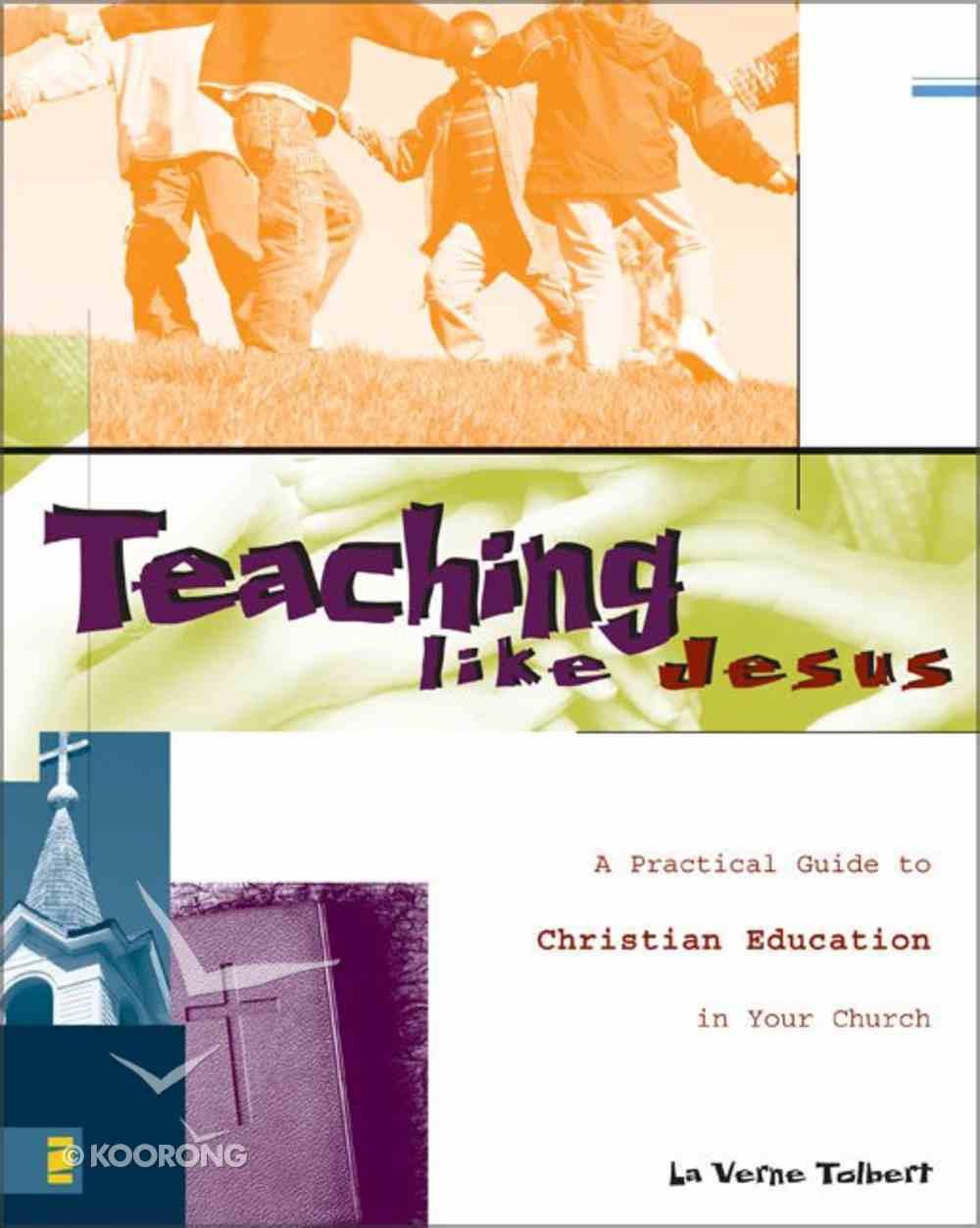 Teaching Like Jesus is a handbook for Christian education in local churches that applies Jesus' methods to make the Bible culturally relevant for today.

Teaching Through the Art of Storytelling
Jon Huckins
Paperback

Teaching Like Jesus is a handbook for Christian education in local churches that applies Jesus' methods to make the Bible culturally relevant for today.
-Publisher

As a teacher, you long to help others do more than understand the Bible. You want them to experience its relevance and power for their lives. Teaching like Jesus is the answer! This commonsense guide offers examples of Jesus' teaching style from the Gospels, then shows how you can make these principles work for you -- regardless of what age group or ethnic background you're dealing with. Using a proven, four-step plan, Teaching Like Jesus gives you action steps, summaries, and other practical resources that will make your classroom a lively place to learn and apply the lessons so vitally important for transforming lives and nurturing disciples. You'll learn to think in terms of "see, hear, and do" in your lesson plans. And you'll find sample plans for age groups and cultures ranging from African-American preschoolers to Chinese married couples.
-Publisher

Tolbert is assistant professor of Christian education at Talbot School of Theology.