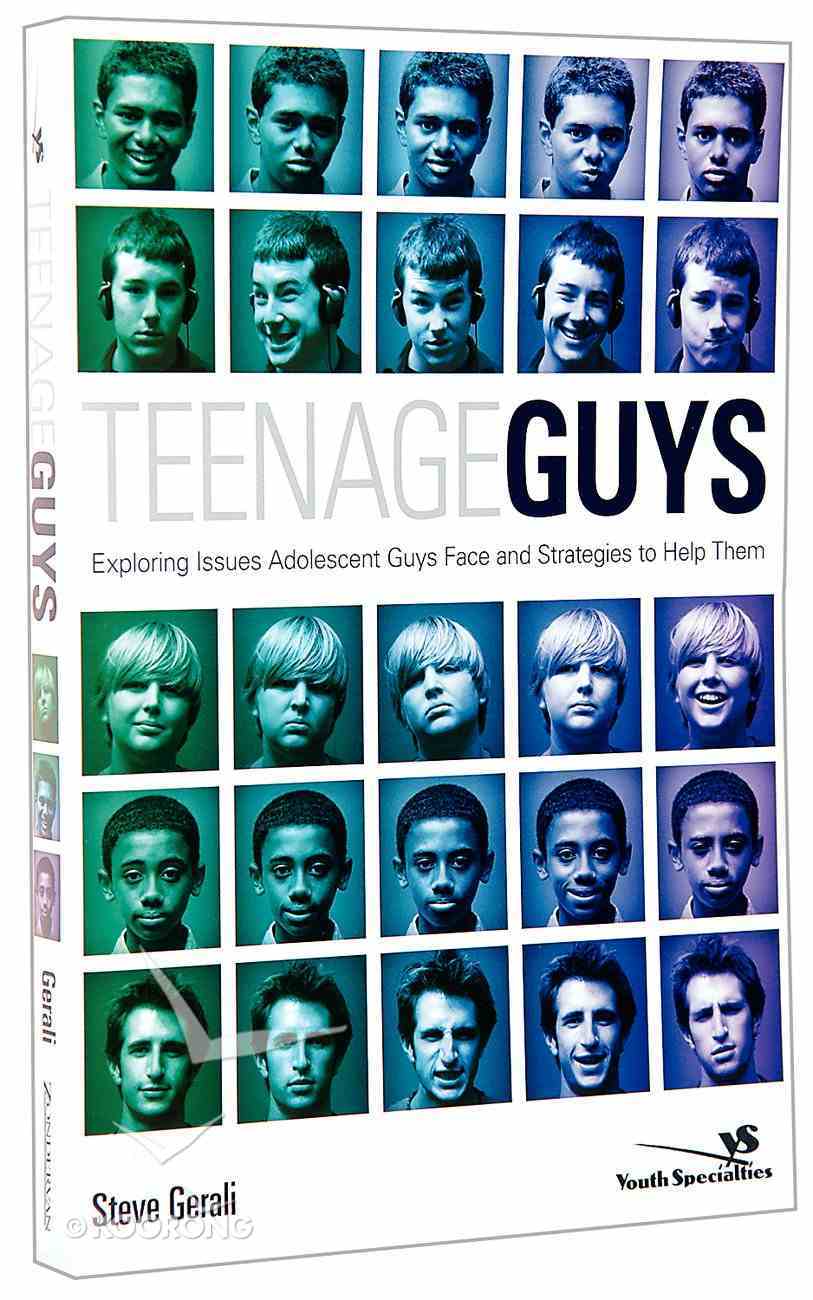 These two practical resources bring together the insights of counsellors and veteran youth workers, helping those in youth ministry to gain a thorough understanding of teenagers - their mental, physical, and social development, self-image, attitudes, sexuality, and spirituality.

Called to Be
Paperback

And Then I Had Teenagers
Susan Alexander Yates
eBook

These two practical resources bring together the insights of counsellors and veteran youth workers, helping those in youth ministry to gain a thorough understanding of teenagers - their mental, physical, and social development, self-image, attitudes, sexuality, and spirituality.

Youth workers need to fully understand the inner workings and development of adolescents in order to really meet their needs. In Teenage Guys, Dr. Steve Gerali presents the stages of development that adolescent guys go through, providing stories from his own experiences in ministry and counseling as well as practical research findings to equip youth workers (bothmale and female) to more effectively minister to teenage guys.With advice from counselors and veteran youth workers, you'll find helpful suggestions on how to minister to teenage guys and their families. Each chapter includes discussion questions to help you and other youth workers process the issues your own students face and learn how you can help them and mentor them through this tumultuous time. In addition to concepts like mentoring and rites of passage, Dr. Gerali also walks readers through the seven areas of development young guys go through.You'll understand more about: Cognitive development - Identity formation -Socia
-Publisher

Teenage Guys: Exploring Issues Adolescent Guys Face and Strategies to Help Them Copyright 2006 by Steve Gerali Youth Specialties products, 300 South Pierce Street, El Cajon, CA 92020 are published by Zondervan, 5300 Patterson Avenue Southeast, Grand Rapids, MI 49530. Library of Congress Cataloging-in-Publication Data Gerali, Steve. Teenage guys : exploring the issues that adolescent guys face and the strategies to help them / by Steve Gerali. p. cm. Includes bibliographical references. ISBN-10: 0-310-26985-7 (pbk.) ISBN-13: 978-0-310-26985-4 (pbk.) 1. Church work with teenagers. 2. Teenage boys. 3. Adolescence. I. Title. BV4447.G46 2006 259'.23--dc22 2006000896 Unless otherwise indicated, all Scripture quotations are taken from the Holy Bible: New International Version (North American Edition). Copyright 1973, 1978, 1984 by International Bible Society. Used by permission of Zondervan Publishing House. All rights reserved. No part of this publication may be reproduced, stored in a retrieval system, or transmitted in any form or by any means-electronic, mechanical, photocopy, recording, or any other (except for brief quotations in printed reviews) without the prior permission of the publisher. Web site addresses listed in this book were current at the time of publication. Please contact Youth Specialties via e-mail (YS@YouthSpecialties.com) to report URLs that are no longer operational and replacement URLs if available. Creative Team: Dave Urbanski, Laura Gross, Heather Haggerty, Janie Wilkerson, and Mark Novelli Cover design by Burnkit Printed in the United States 06 07 08 09 10 - 10 9 8 7 6 5 4 3 2 1 SECTION ONE MALE ADOLESCENCE I'd just finished speaking to parents of teenagers at a church-sponsored seminar when a very determined, seemingly panic-stricken mother hightailed it down the aisle to reach me before anyone else could. I knew she was stressed because she nearly plowed over some people on the way. When she reached my side, she looked fatigued and her voice was many decibels louder than normal. (I wondered for a moment if she thought I was deaf.) But I soon discovered this dear woman's plight. "I need help!" she blurted before disclosing to me that she was the mother of four boys-ages two to 13. (It immediately began to make sense to me.) She described how her oldest son used to be a sweet little boy, but now he was changing. She drew parallels between him and her two-year-old, describing the many similarities between a child in the terrible twos and a child in the-her term for it-"terrible teens." She bombarded me with more questions than I could answer. Finally, she said, "I don't understand how teenage boys work; I wish my boy came with a user's manual." "So you need to know how your teenage boy is wired?" I asked jokingly. She quickly affirmed my observation and added that she was concerned that his wiring may be malfunctioning. This mother wanted her teenage son's user's manual to include an explanation of his wiring, tips on how to detect if and when the wiring goes bad, and instructions for how to rewire her son, if possible. Guys are wired differently than girls from the beginning. But when adolescence sets in, it can appear as though their wiring has gone bad. In reality, it may be just a normal phase of growth. While they don't come with user's manuals, these days we have a better understanding of what makes a guy uniquely masculine and how to help him navigate through the storm and stress of adolescence and on into manhood. STORM AND STRESS OF MALE ADOLESCENCE The science of adolescence is a relatively new phenomenon, but adolescence has been recognized-although misunderstood-throughout history. The earlie
-Publisher

Dr. Steven Gerali is a speaker, professor, and counselor who is recognized around the world as an expert in the field of adolescence and youth ministry. He's the author of Teenage Guys and two books for students. Before becoming a professor of youth ministry Steve served for more than 25 years as pastor of student ministries in churches in Arizona and Illinois. The father of two grown daughters, Steve currently lives in southern California with his wife, Jan.

The End of Youth Ministry?: Why Parents Don't Really Care About Youth Groups and What Youth Workers Should Do About It
Andrew Root
Paperback

So the Next Generation Will Know: Training Young Christians in a Challenging World
Sean McDowell, J Warner Wallace
Paperback