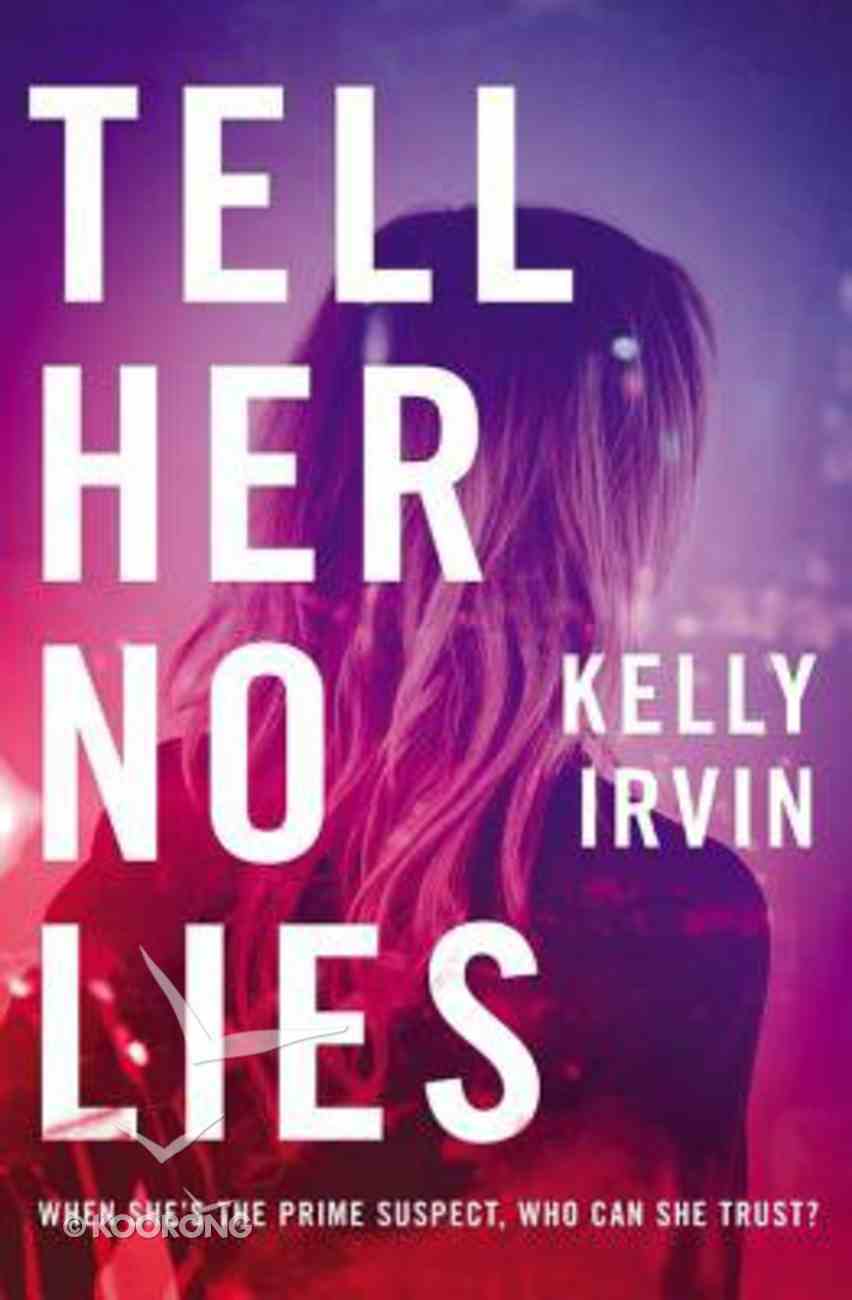 Tell Her No Lies

: In Tell Her No Lies, a new romantic suspense novel, talented author Kelly Irvin explores the question of what makes a family-nature or nurture?-in a fast-paced race to the truth. As children, Nina Fischer and her sister...

Over the Line: She Vowed Never to Trust Him Again. But Now He's Her Only Hope...
Kelly Irvin
Paperback

Over the Line
Kelly Irvin
eBook

:
In Tell Her No Lies, a new romantic suspense novel, talented author Kelly Irvin explores the question of what makes a family-nature or nurture?-in a fast-paced race to the truth.


As children, Nina Fischer and her sister were plucked from foster care in Florida and brought to Texas by a wealthy uncle they'd never met after their mother went to prison for selling drugs. Now, as an adult, Nina loves her adopted father and wants to please him, but she's chosen her own career path as a photographer and poet-choices state district court judge Geoffrey Fischer can't appreciate. When she finds him murdered in his study on a night they're home alone, she's the prime suspect and has to prove her innocence or face her own prison term. Is she her mother's daughter, after all?


The two men in her life want to help, each for their own reasons. Can she trust her on-again, off-again boyfriend, attorney Rick Zavala, whose political aspirations seem more important than Nina's tragic loss? Can she trust her friend, photographer Aaron McClure, or will he use their friendship to break the biggest news story of his career?


While cleaning out her father's things, Nina discovers a box of old letters and photos, revealing the secrets her father had been concealing for so long. When her biological mother makes an appearance at Geoffrey Fischer's funeral and asks to be welcomed back into her daughters' lives, Nina is even more determined to find the truth about her past. Following the evidence leads her on a journey of discovery about her father's shocking masquerade as a law-abiding, family-loving Christian. Unlocking these secrets could prove deadly, but it's the only way Nina will ever be able to trust love again.