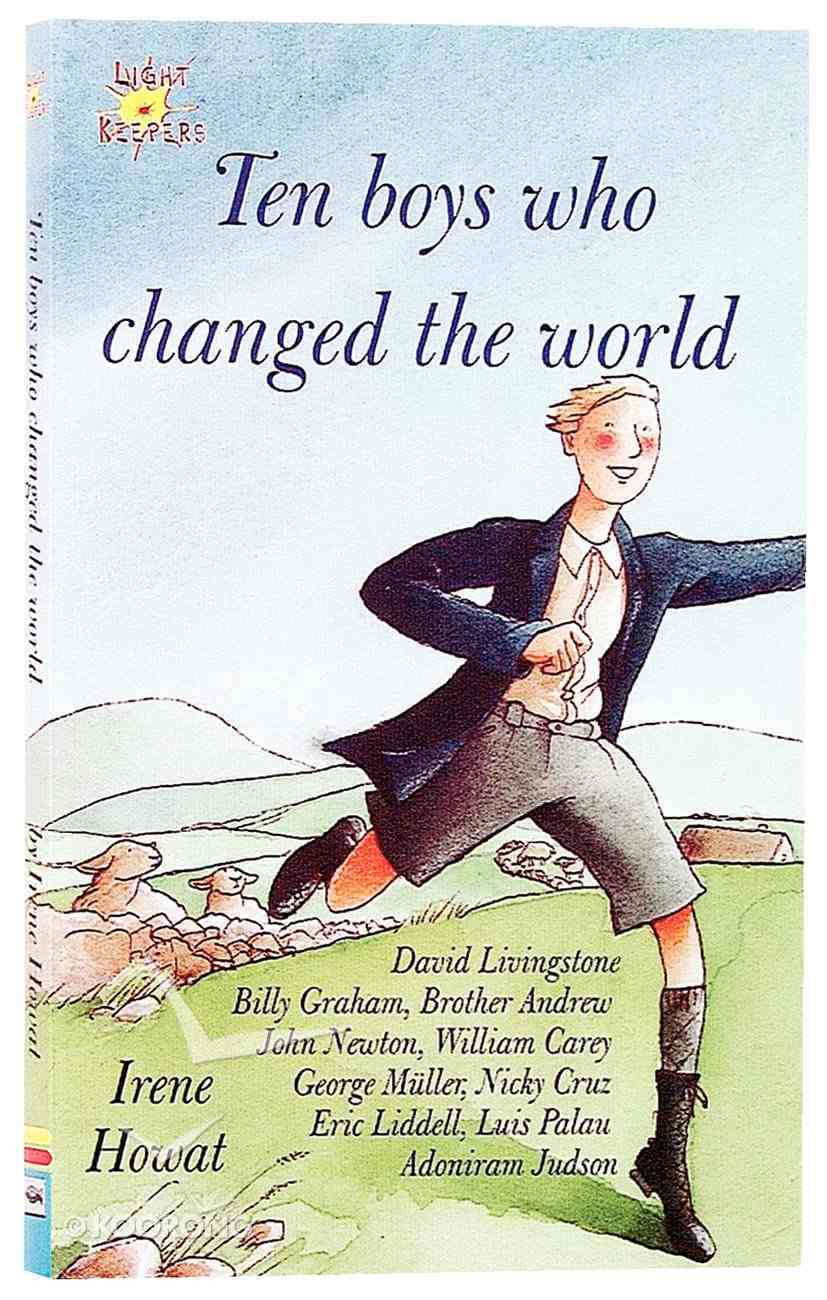 TEN CHILDREN WHO CHANGED THE WORLD SERIES: Would you like to change your world? Discover the examples of boys and girls like Billy Graham, Corrie ten Boom, Eric Liddell, Helen Keller and many more - and find out what God...

TEN CHILDREN WHO CHANGED THE WORLD SERIES: Would you like to change your world? Discover the examples of boys and girls like Billy Graham, Corrie ten Boom, Eric Liddell, Helen Keller and many more - and find out what God wants you to do! Ages 8-12.

George Muller was a thief when he was younger and spent time in jail for his crimes. Brother Andrew grew up in Holland during the second World War and played tricks on German soldiers. Nicky Cruz grew up in a family where spirit worship was a regular occurrence. He became a very angry young man, out to cause trouble. John Newton was captured at a young age and forced to join Her Majesty's Navy, leaving his friends and family behind. What happened to these young boys and how did God make them into men who changed their world? Read how George Muller was finally trusted with millions of pounds. Discover how Brother Andrew grew up to be a smuggler of Bibles. Read how Nicky Cruz was rescued from selfdestruction and eventually went on to begin one of the largest youth organisations reaching out to hurt and confused young people throughout the world.
-Publisher

Irene Howat is an award-winning author who is accomplished writer in writing for children and adults. She has many titles to her name. She is married to a retired minister and they have a grown up family. She is also a talented artist and now stays in Ayrshire, Scotland. She especially enjoys letters from children and replies to all of them

Who Do You See When You Look At Me?
Angela Rodgers
Hardback

Oliver For Young Readers: The True Story of a Stolen Dog and the Humans He Brought Together
Alex Tresniowski, Steven Carino
Hardback