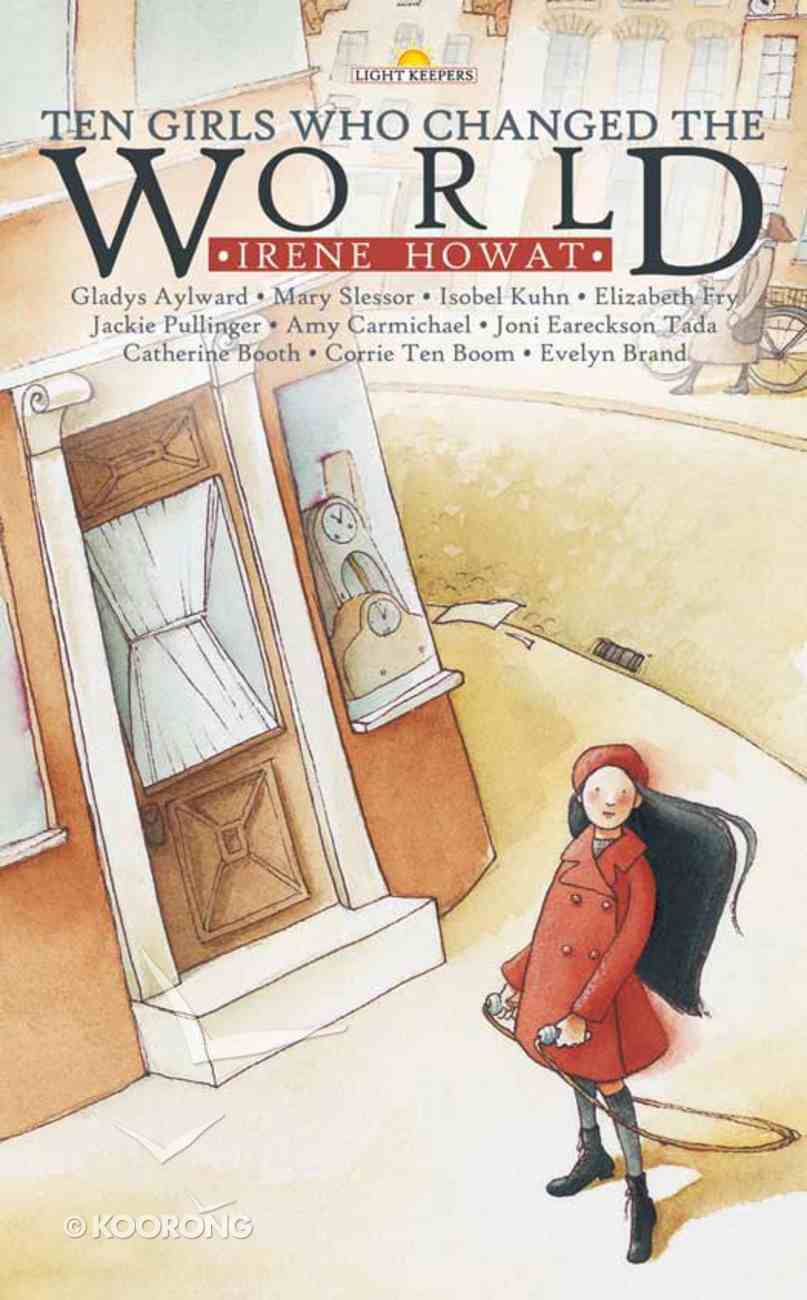 TEN CHILDREN WHO CHANGED THE WORLD SERIES: Would you like to change your world? Discover the examples of boys and girls like Billy Graham, Corrie ten Boom, Eric Liddell, Helen Keller and many more - and find out what God...

TEN CHILDREN WHO CHANGED THE WORLD SERIES: Would you like to change your world? Discover the examples of boys and girls like Billy Graham, Corrie ten Boom, Eric Liddell, Helen Keller and many more - and find out what God wants you to do! Ages 8-12.

Isobel Kuhn questioned whether God even existed. Mary Slessor grew up in a slum with an alcoholic father. Joni Eareckson broke her neck during a diving accident and Corrie Ten Boom just lived with her family in a little watch shop in Harlaam, Holland. What is so special about these girls and how did they change their world? Isobel Kuhn believed in God and then obeyed his call to travel to Asia to tell the Lisu people about God. Mary Slessor, put herself through evening classes and eventually became one of the first white women to venture into the interior of Africa. Joni Eareckson struggled through her treatment and endless hospital visits to become the inspiration to many Christians. Corrie Ten Boom spent most of her life just living in Holland until the Nazis started killing the Jews. Corrie Ten Boom put her life on the line to save the lives of many Jews in the hiding place, a hidden room behind her wardrobe in a little watch shop in Haarlem, Holland. Mary Slessor (Missionary in Africa), Corrie Ten Boom (hid Jews in Nazi Germany), Granny Brand (Missionary in India), Joni Eareckson , Gladys Aylward (Missionary in China), Jackie Pullinger (Missionary in Hong Kong), Amy Carmichael (Missionary in India), Elisabeth Fry (Worked among the sick, prisoners and homeless), Catherine Booth (Co-Founder of The Salvation Army) and Isobel Kuhn (Missionary in Asia)
-Publisher

Irene Howat is an award-winning author who is accomplished writer in writing for children and adults. She has many titles to her name. She is married to a retired minister and they have a grown up family. She is also a talented artist and now stays in Ayrshire, Scotland. She especially enjoys letters from children and replies to all of them

Oliver For Young Readers: The True Story of a Stolen Dog and the Humans He Brought Together
Alex Tresniowski, Steven Carino
Hardback